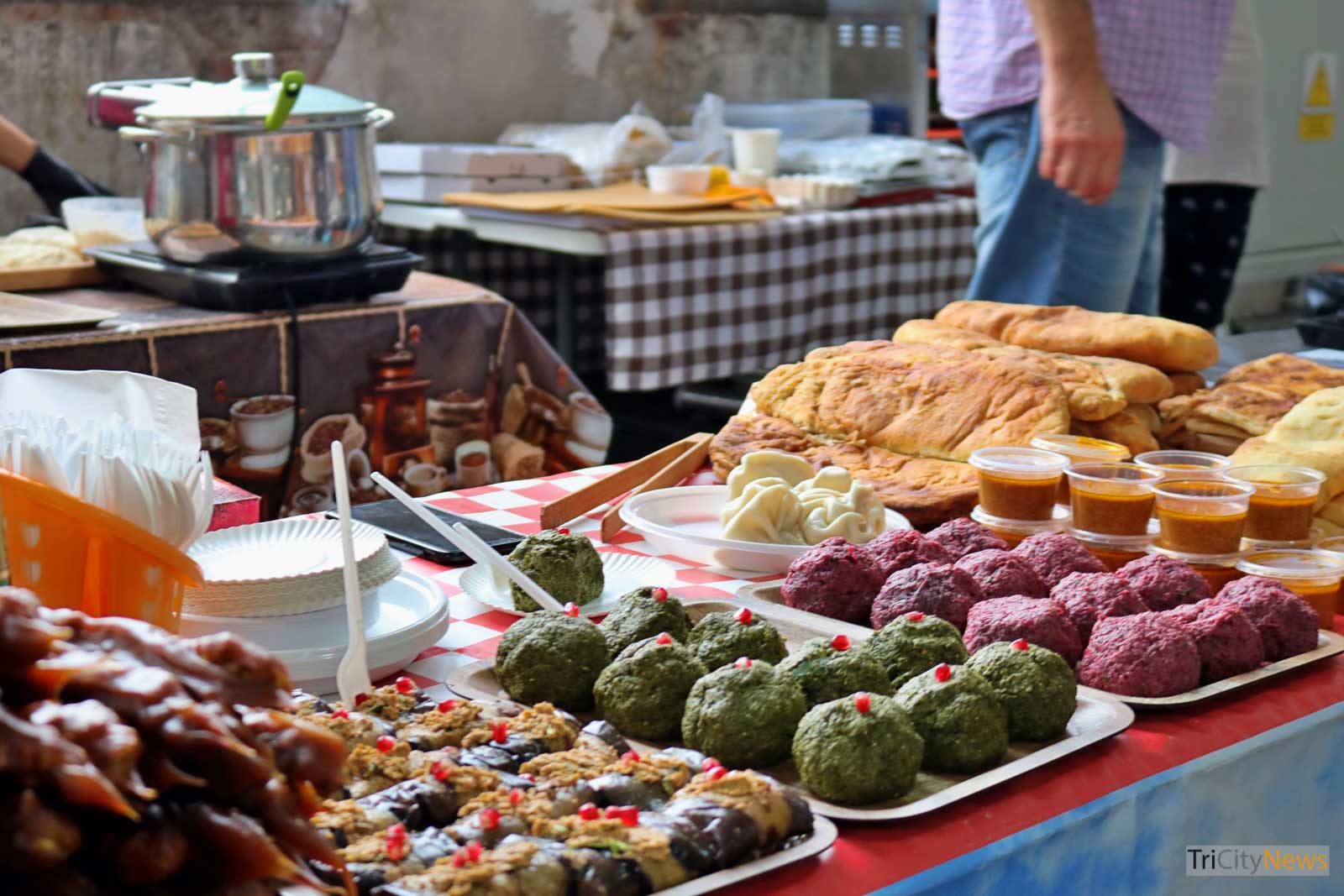 Veganmania is an annual event organized by Otwarte Klatki (Open Cages), a movement motivated to improve the animal rights in Poland. The festival aims both at vegans and non-vegans alike and promotes what the plant-based lifestyle has to offer. The funds collected throughout the event are used to support the work of the host organization.

With its multitude of attractions, this year’s edition did not disappoint! The industrial Plenum space was divided into separate areas, each crowded with people. The food court seemed to attract the most attention by far. No wonder – with multiple restaurants serving dishes from all over the world, there was something for everyone to try. The available meals were diverse, including vegan versions of burgers, dumplings, wraps, and many more. For dessert, one could try craft ice cream, vegan cakes, or sweet middle-eastern baklavas.

Those wanting to purchase ingredients for their own kitchen could do so at one of the food-stores present at the event. Their stands offered culinary staples, as well as hard-to-find herbs and spices.

Food wasn’t the only attraction the organizers had prepared, however. Other vendors sold goods such as natural cosmetics, hand-made jewelry, and clothing – all ethically made.

Throughout the event, one could also listen to the numerous meetings and lectures happening on the stage. The guest speakers included Marta Dymek, the author of the acknowledged ‘Jadłonomia’ blog, and Dobrosława Gogłoza – the founder of Open Cages, the organization behind the festival.

Another unique aspect of Veganmania was the ‘Tattoos against fur’ area, where Tricity’s leading tattoo artists offered their services. A percentage of the funds would later be donated to support campaigns focused on eliminating fur production in Poland.

Veganmania 2019 appears to have been a huge success, attracting a lot of attention this year. Judging by the hundreds of people present at the festival, it seems like more and more individuals are interested in learning more about and pursuing a plant-based lifestyle.