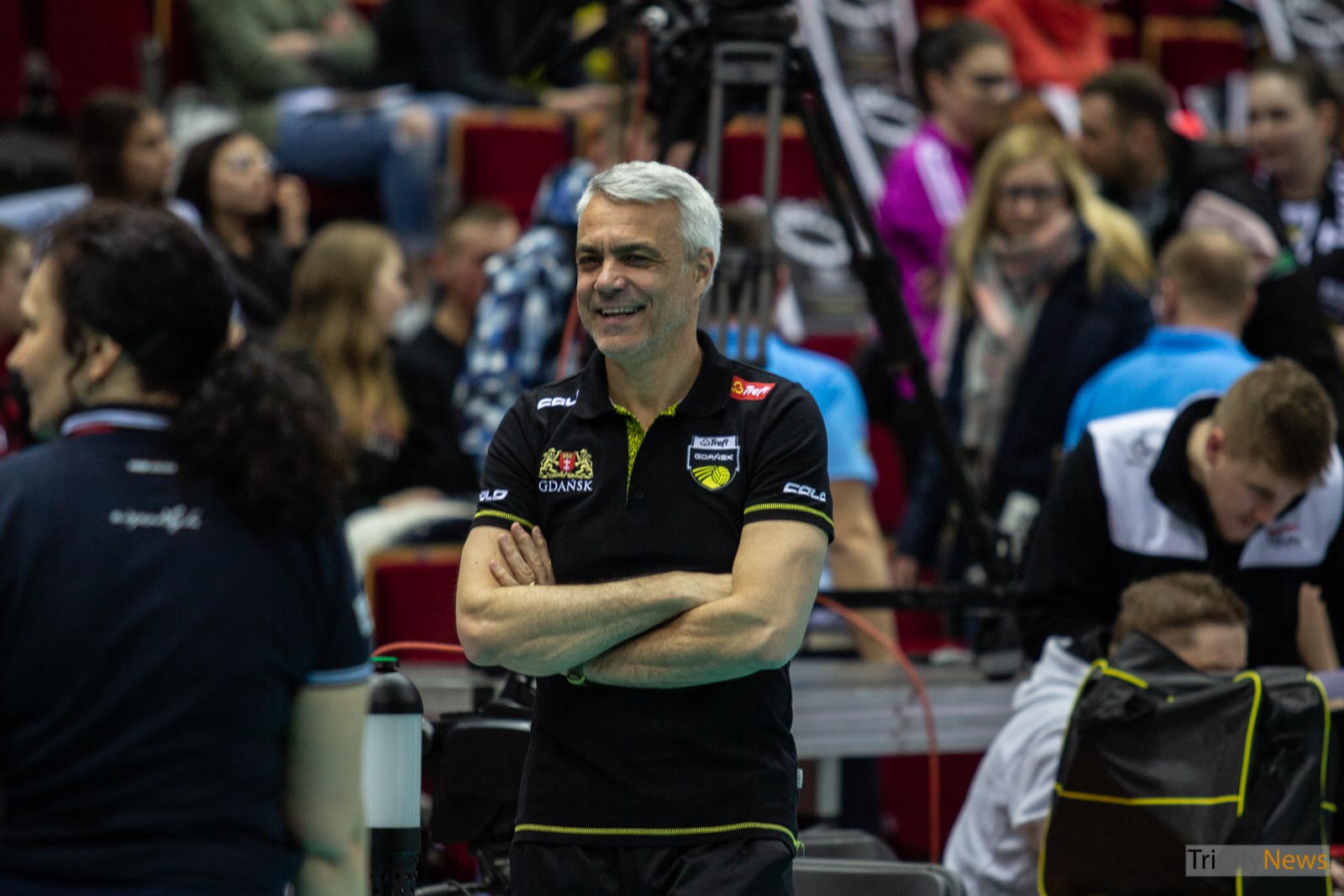 In the postponed match of the Polish Plus League, Trefl Gdansk won a home game against ZAKSA Kedzierzyn Kozle. The guests are leaders of the league and they were favorites in the match. The team from Gdansk managed to cause a surprise though. As always, the fans created an amazing atmosphere at Ergo Arena.

The first set started well for ZAKSA which was pushing the pace. Trefl managed to get back thanks to the good performance of Maciej Muzaj and Nikola Mijailović. The M&M duet was presenting great skills throughout the game. Together with good passes from setter Michal Kozlowski, Trefl had a very good attack. The teams fought point for point. It was Trefl however, that managed to get advantage and to win the first set 26:24.

In the second set, Trefl was much more confident, leading the game from the beginning to the end. Though the team lost some points towards the end of this part, they won comfortably with 5 point advantage. As a result, the hosts were leading 2:0 in sets.

The third set was very equal. Trefl based their strong offense on Muzaj. The team lost right at the end of the set due to a mistake by Kozlowski. This situation prolonged the match as the guest won their first and only set of the game 23:25.

Trefl showed their skills in the last part of the match. This part of the game was again a show of skills. The team from Gdansk had a comfortable lead fighting for a set point and they won 25:21 without problems. The match ended with the final score of 3:1 in sets.

The setter of Trefl Gdansk – Kozlowski got a title of match’s MVP. The team is currently at the 10th place in the league. They fight to get into the group of top six, which will play in playoffs. Trefl is 7 points behind the sixth team in the table. With three more rounds to go and being one match behind, there is still a chance of getting into the top six.

The next match of Trefl will take place on Friday, the 8th of March at 5:30. The venue of the game will be Hala 100lecia in Sopot. The next game of Ergo Arena will be yet another postponed match against Skra Belchatow. This one will start on Monday, the 11th of March at 8:30 pm. Tickets are avaliable online or at the entrance to Ergo Arena.