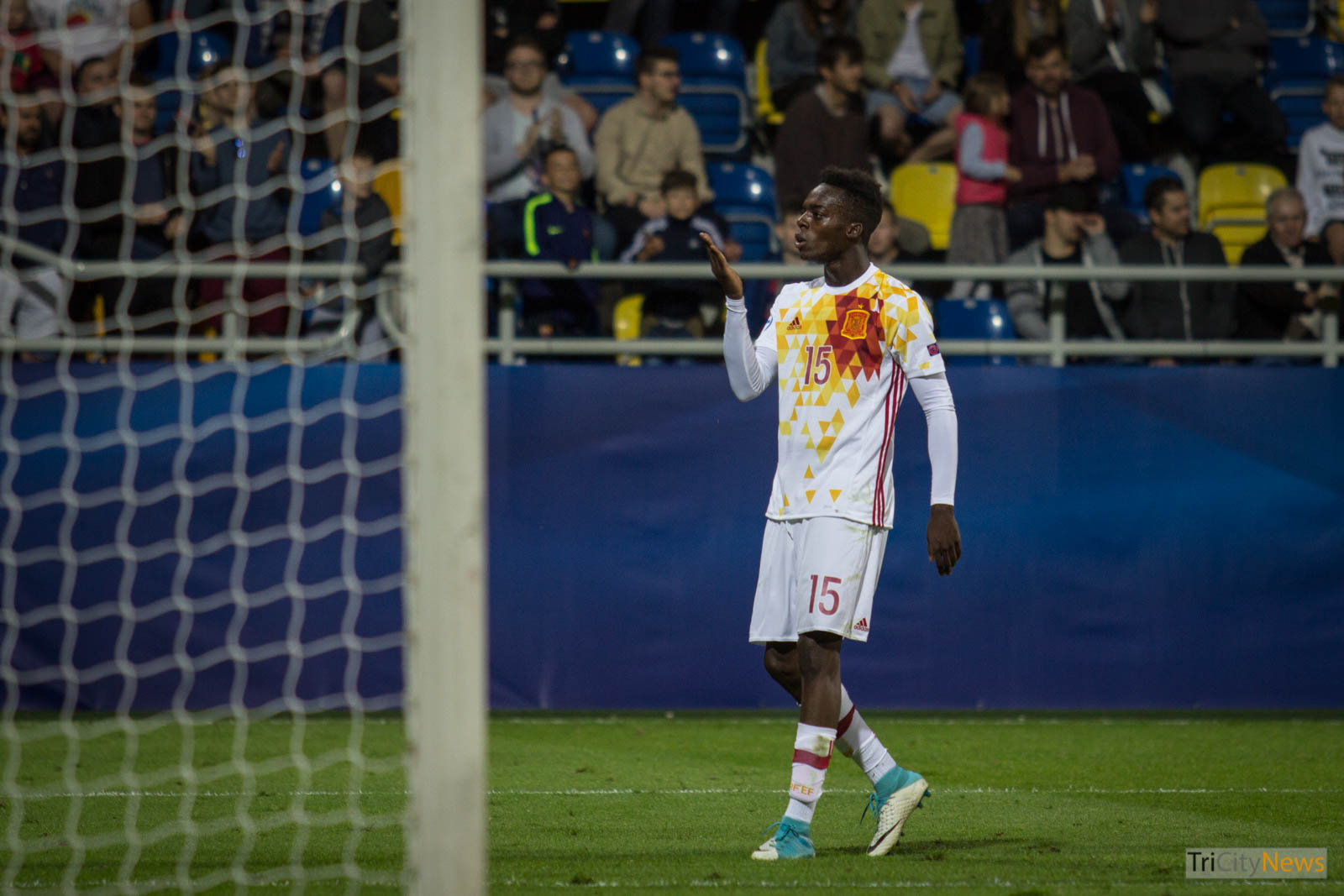 Spain U21 team finished the group stage of the Championship with 3rd victory. In their last match of group B, on Friday evening, Spain faced Serbia in Bydgoszcz.

Spain after two matches in Gdynia with 6 points have already reached UEFA U21 European Championship semi-finals. Serbia on the other hand with 1 point after two matches, still had chances for reaching the 2nd place in the Group B. However as they could not match Group A runners-up Slovakia’s six points this match was their farewell to the tournament.

Fans gathered at the stadium in Bydgoszcz might have been disappointed as coach Abert Celades made 11 changes from the side that started the game against Portugal on Tuesday. They were not able to admire technical skills of Marco Asensio and Gerard Deulofeu.

Serbia started well and very ambitious. Radonjic’s speed was impressive and Djurdjevic was very active up front. Spain were trying not to make any mistakes and they were patiently waiting for their chance. It was Denis Suarez who gave Spain the lead in 38th minute. After a nice combination between Iñaki Williams and Alvaro Odriozola, Suarez who was waiting inside the penalty area drilled the ball to the back of the net. Just by the end of the first half Uros Djurdjevic was given his second yellow for an elbow to the jaw of Mikel Merino. For Serbia it meant even more difficult job than before.

Not much was going on in the second half but in the last 10 minutes the two teams sprung back into life with Serbia fighting for pride and Spain’s attackers looking to get on the scoresheet. Fans in Bydgoszcz have not seen any more goals though. For Serbia, playing 10 against 11 it was almost impossible to score. Spain on the other hand lacked accuracy. The game ended 1-0. Spain finish the group stages with full points and will now look to the semi-final of UEFA U21 European Championship on Tuesday.

The man of the match – Denis Suarez after the match shared his thoughts with the journalists: “It was a good game for the people who’d not played in the tournament until now and for those others who’d not played much. In the end it is another win, a good feeling, and nine points. We’re still unbeaten and have another clean sheet which shows we’re doing thing well. There are lads who’ve been working during this last month, training hard, and had not enjoyed any time on the field and so I am pleased for them. Now we have to think of who we’ll face next in the semis.”