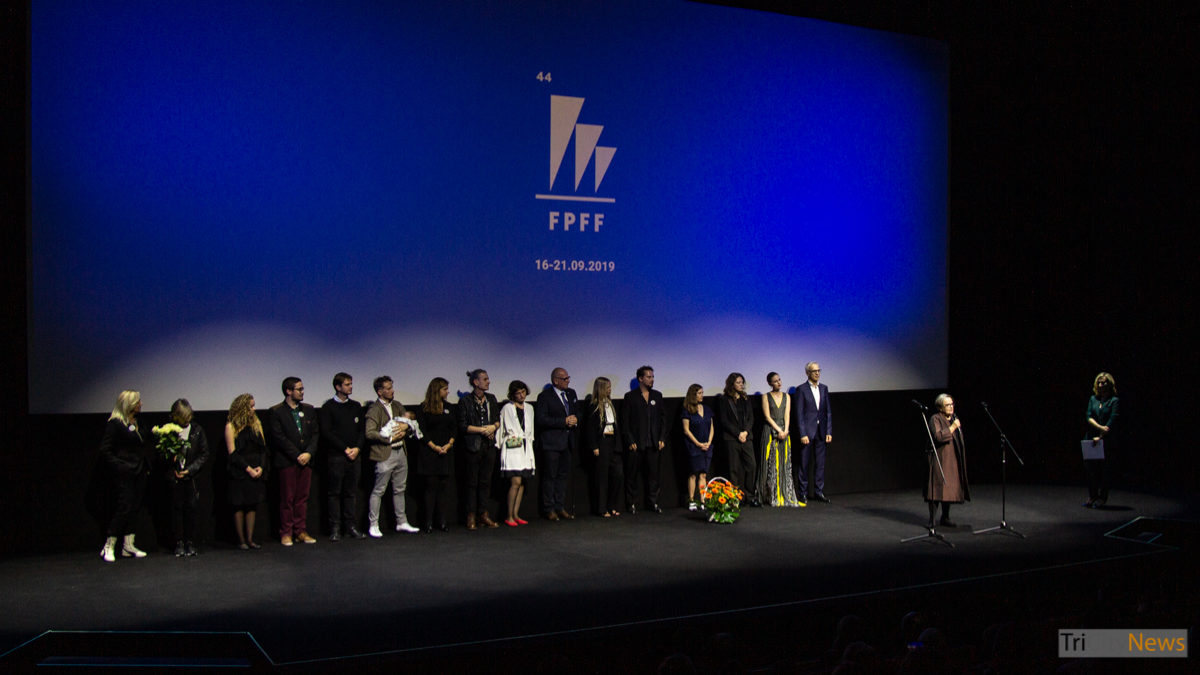 The second day of the 44th Polish Film Festival was abundant in various screenings and a great atmosphere. The day brought some intense emotions as well due to the withdrawing of one movie from the Main Competition.

On Tuesday, journalists had an opportunity to see three movies. The press screenings started with “Dark Almost Night” by Borys Lankosz. “Mr. Jones” by Agnieszka Holland and a press conference afterward was definitely a highlight of the day. The journalists welcomed the director applauding. This does not happen often at the festival. The press screenings ended with a screening of “Proceder” by Michal Wegrzyn.

The audience could also see many shows of the Main Contest movies in all locations of the festival. There were opportunities to meet with the creators of movies after screenings. Crowds were coming to all the venues despite the bad weather outside.

All the other groups of movies started on Tuesday as well. The audience could see the pre-war gems. One of the movies dates back to 1929. Apart from those beautiful, historical films, the visitors enjoyed shows in seven other categories. Those included the screening of Platinum Lions’ laureate- Krzysztof Zanussi. The organizers showed his movie “The Quarterly Balance” in the Navy Museum.

Due to a bad weather conditions, the evening outdoor show of “The Lure” by Agnieszka Smoczynska-Konopka did not take place. If the weather is good on Wednesday, the organizers invite for “7 Feelings” at 8 pm. If the conditions allow, the previous day’s screening will follow after Koterski’s movie.

Solid Gold out of the Main Contest

The biggest news of the second day of the festival was sudden cancellation of all “Solid Gold” screenings. Akson Studio, the producer of Jacek Bromski’s movie has decided to withdraw the movie due to the formal reasons. As a result, all those who have booked the screening of the movie will receive a refund in cash or in pass points.

Visit the official website of the 44th Polish Film Festival to book tickets for the screenings and to find out more about the event.