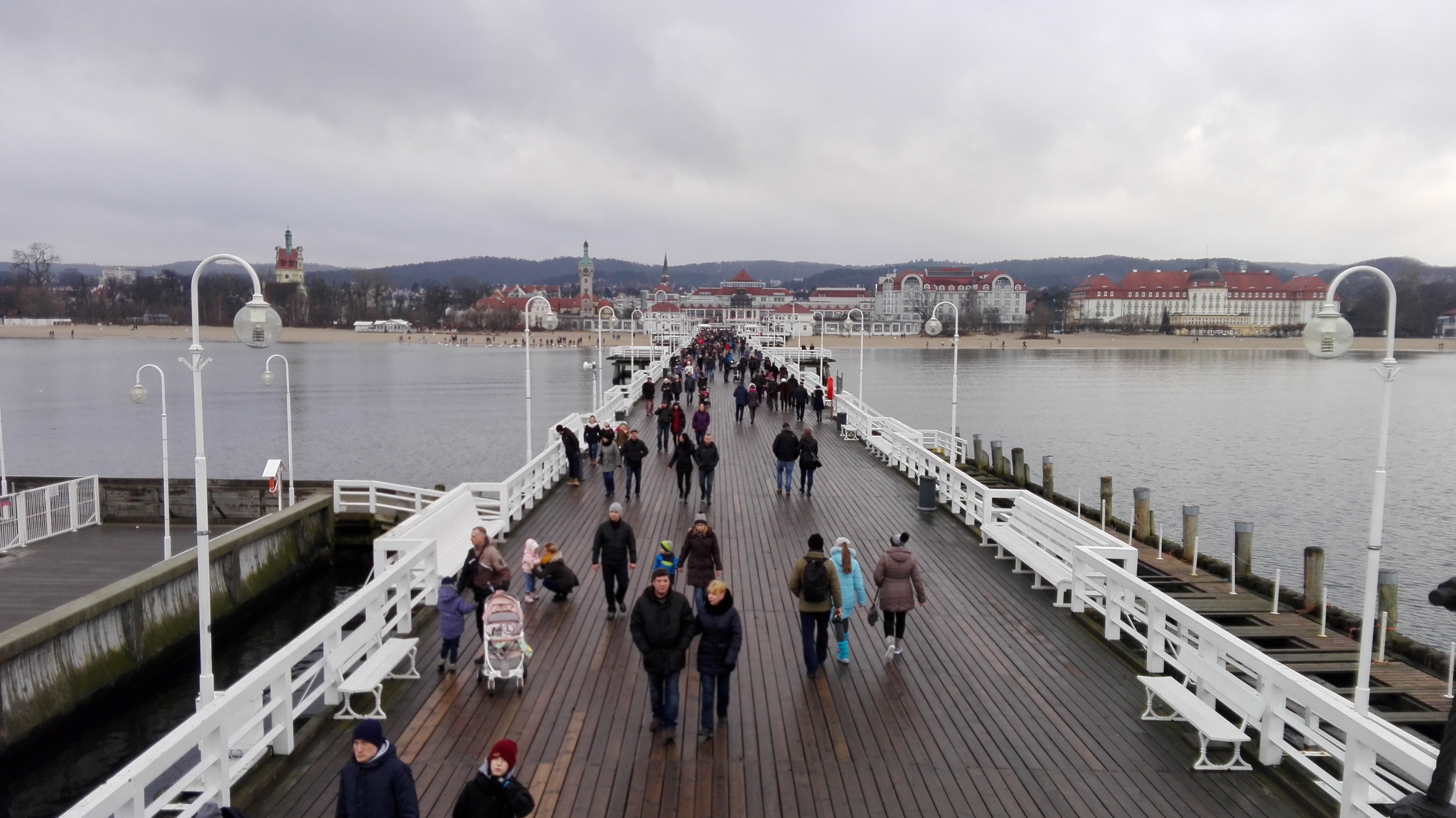 One of Sopot’s most beautiful and popular places to visit is Molo. If you’re looking for a place where you can spend time with family and friends then Sopot Pier is a perfect spot. It’s location helps enjoying a seaside walk on the beach as well.

The Molo in Sopot is a long platform stretching out into the sea. The attraction consists of two parts. There is a land part and a wooden part of this tourist spot. The first part is Skwer Kuracyjny. It’s a huge square on which you can find a fountain, a lighthouse. There is also a concert stage where many events take place. There is also an ice-skating rink during winter months.

The second part is the wooden pier which is the main attraction. It reaches 511,5 m into the sea. The pier is Europe’s longest wooden pier. Part of it is a yacht bay.

Jerzy Haffner, who was the founder of the first spa in Sopot, initiated the build of the pier. The first version of from 1827 was only 31,5 meters long. At the end of 19th century however the platform was extended to 150m and later in 1910 to 315m.

At the beginning Sopot pier had a purpose of a yacht bay only. However the popularity of the place was so big, that it became a major tourist attraction of Tricity. During the summer season hundreds of thousands of tourists visit Sopot Pier.

It’s opened 24 hours and the during the off-season you can enter it for free. Starting from the 27th of April however, you will need to purchase a ticket before entering the pier.

During the season however, the cost for an adult is 8 PLN for a ticket and for a child under 16 its 4 PLN. You can buy the tickets in the ticket office near the main entrance or online at SmartTour.