Seahawks Gdynia won against a strong rival in Bialystok 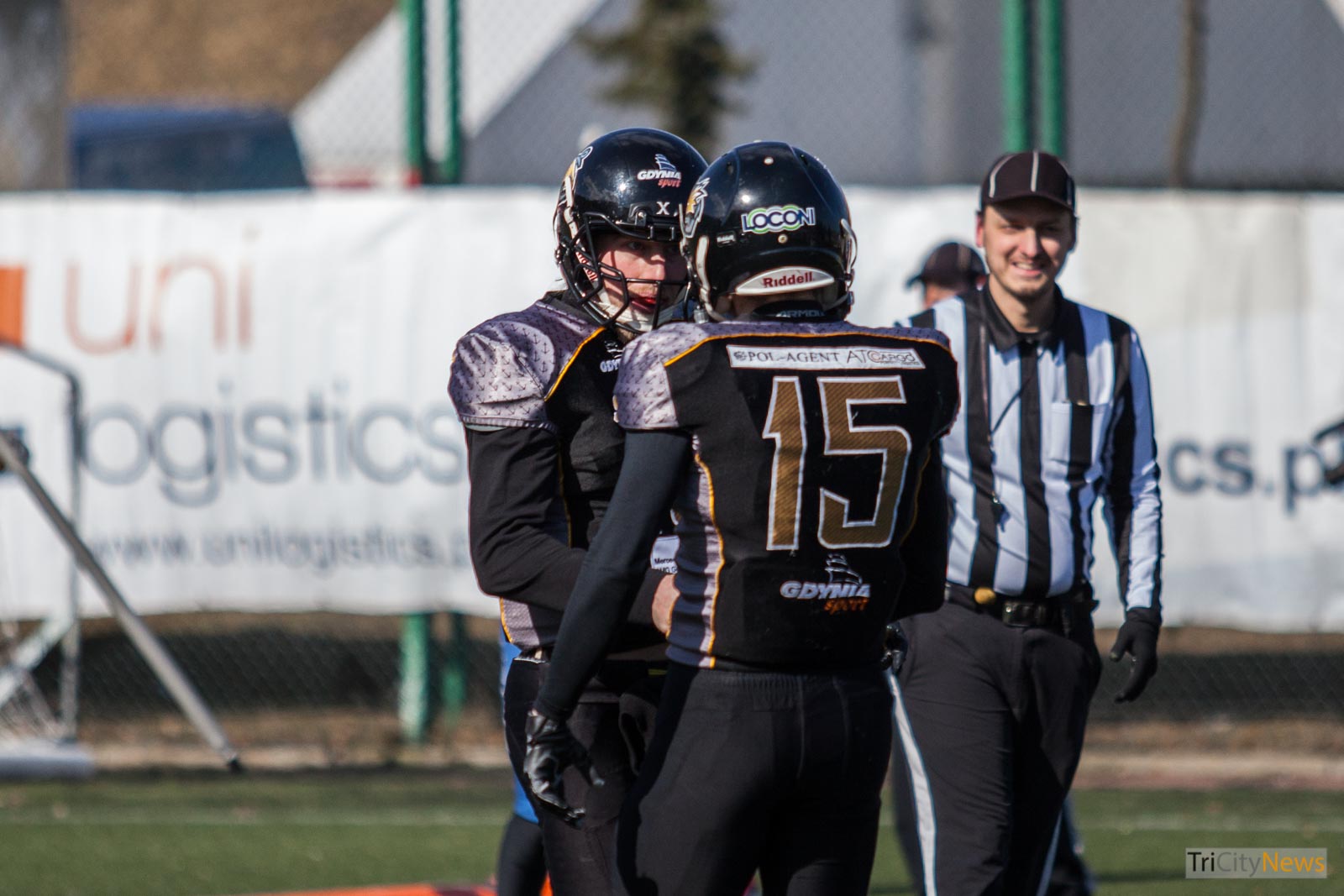 A very even match between Seahawks Gdynia and Lowlanders Bialystok came down to the very end, as a field goal proved to be the difference. Although the Seahawks were not considered the favorite before the match, they proved to the doubters that they are again strong this season.

The Lowlanders welcomed the Seahawks by showing them their defensive abilities. They forced the hosts to punt on their first possession. It appeared the Seahawks offense would drive down the field and score easily. The Lowlanders disagreed, and intercepted the pass of Joey Bradley near the red zone. The Lowlanders offense was unable to capitalize and again, the Seahawks defense forced them to punt. Bradley was again intercepted by the Lowlanders defense, this time a result from a disruptive defensive line that was able to get pressure on the QB. As the quarter ended, the scored remained 0-0, with either team unable to produce anything on offense.

Fortunately for the Seahawks, the Lowlanders offense was making mistakes and unable to move the ball on the Seahawks suffocating defense. After a short drive, set up by Lowlanders penalties, the Seahawks RB Jan Domagala was able to punch in a 2 yard run for the first touchdown of the day. The PAT was blocked, resulting in a 6-0 Seahawks lead.

The Lowlanders offense responded quickly, and were able to go down the field and score right before halftime with a 31 yard touchdown pass from Ryan Kasdorf to Nikolaj Pawelczyk. The Lowlanders made their PAT and took the lead 7-6 before the first half came to a close.

After a big kickoff return by Jakub Mazan to start the second half, it appeared the Seahawks were on track to score and take the lead, however the Lowlander’s intercepted another pass from Bradley in the end zone. After the Seahawks defense again forced a 3 and out, it was a bad snap over the punters head, into the back of end zone, resulting in a safety (2 points), that swung the match into the Seahawks favor, 8-7. The Seahawks drove down the field on their next drive, but turned the ball over on downs in their own territory, before the third quarter came to an end. The score stayed at 8-7.

To start the fourth quarter, safety James Gales Jr. of the Seahawks made the play of the game, intercepting Ryan Kasdorf for the second time of the game, this time taking the ball back for a touchdown, giving the Seahawks some breathing room. After a good PAT, the score was 15-7 in the Seahawks favor. The Lowlanders would not quit though, and scored their second touchdown of the game after getting great field position due to a good kickoff return. After a bit of controversy, the Lowlanders completed their 2 point conversion and tied the game 15-15 with 5 minutes to play. Although the Seahawks offense was off all game, they came together when they needed it most, and drove down the field 70 yards while using all of the remaining time, to set up a game-winning field goal with 3 seconds left. Przemyslaw Portalski (Wide receiver/kicker) was the hero for the last drive, as he had a 40 yard reception to get the Seahawks into field goal range, and then he finished the game himself, by kicking the ball between the posts as time expired to give the Seahawks an 18-15 victory.

After their win against Bialystok, Seahawks Gdynia remain tied for first in the American Football League standings. Both the Seahawks and Panthers Wroclaw are now 2-0, while both Lowlanders and Falcons are 0-2.

The next match will be a battle of unbeaten teams, and a rematch of last years Super Final, as the Seahawks will host the Panthers in their home nest.