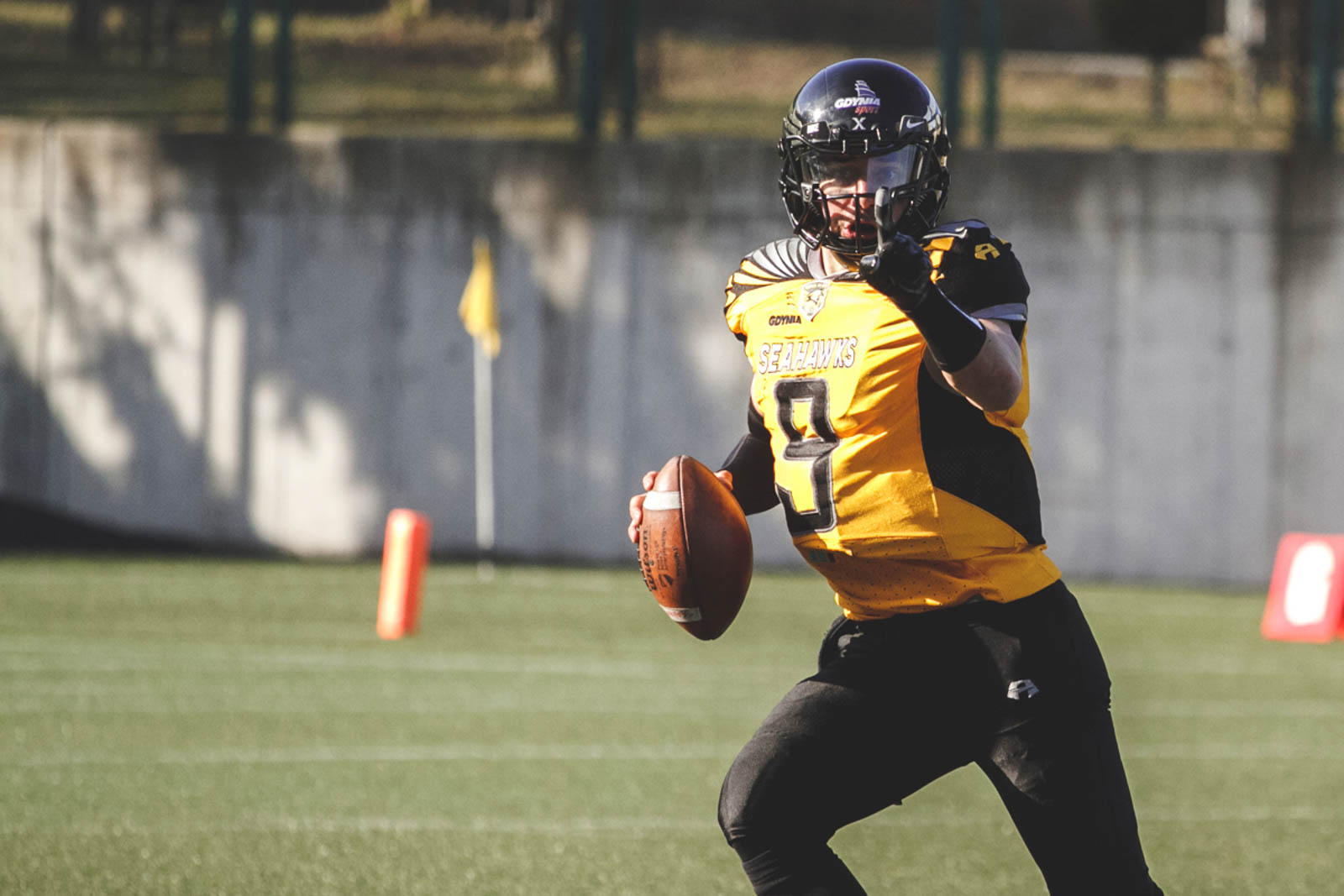 In the second round of PLFA – Polish League of American Football, Seahawks Gdynia played against Husaria Szczecin. The team from Gdynia played the away game very well and they won 13:31.

Loss against Panthers Wroclaw highly motivated players from Gdynia. Consequently, Seahawks worked hard on the problems in defense visible in the last game. This gave a very good outcome in Saturday’s game against Husaria Szczecin. The defense was playing very well and kept the opponents away from the end zone.

Domination from the start

Seahawks rushed on Husaria from the very beginning of the game. As a result, the players from Gdynia created very good occasions quickly. Black & Yellows dominated the game and kept on getting points. Early in the first quarter Alexander McKean scored a touchdown and after 1 point conversion Seahawks were leading. The team scored another points in the first quarter after a field goal. Alexander McKean underlined his good performance with one more touchdown in the second quarter of the game. In addition, Seahawks continued to play very well in defense. Finally, the first half ended with a result 0:17.

Husaria was fighting to the end

In the third quarter Seahawks Gdynia kept on dominating the game. Husaria was trying hard to create some actions, but their efforts were not good enough against the superior defense of the Seahawks. On the other hand Pawel Fabich from the Seahawks took advantage of the pass from Alexander McKean and scored a touchdown. The third quarter of the game ended with a score 0:24.

The final part of the game was also the moment, where the forces leveled. After Jan Domagała from Seahawks made a good use of another good pass from Alexander McKean, the team from Tricity was leading 0:31. It was though Husaria who spread the wings in last moments of the game. As a result Damian Koscielski managed to go through the defense of the Seahawks and scored two touchdowns.

Arkadiusz Cieślok from the defense line of the Seahawks was chosen as the MVP of the game. 600 supporters arrived at the stadium in Szczecin to see the game between Husaria Szczecin and Seahawks Gdynia. The final result is 13:31 and Seahawks are now in third place of the PLFA.