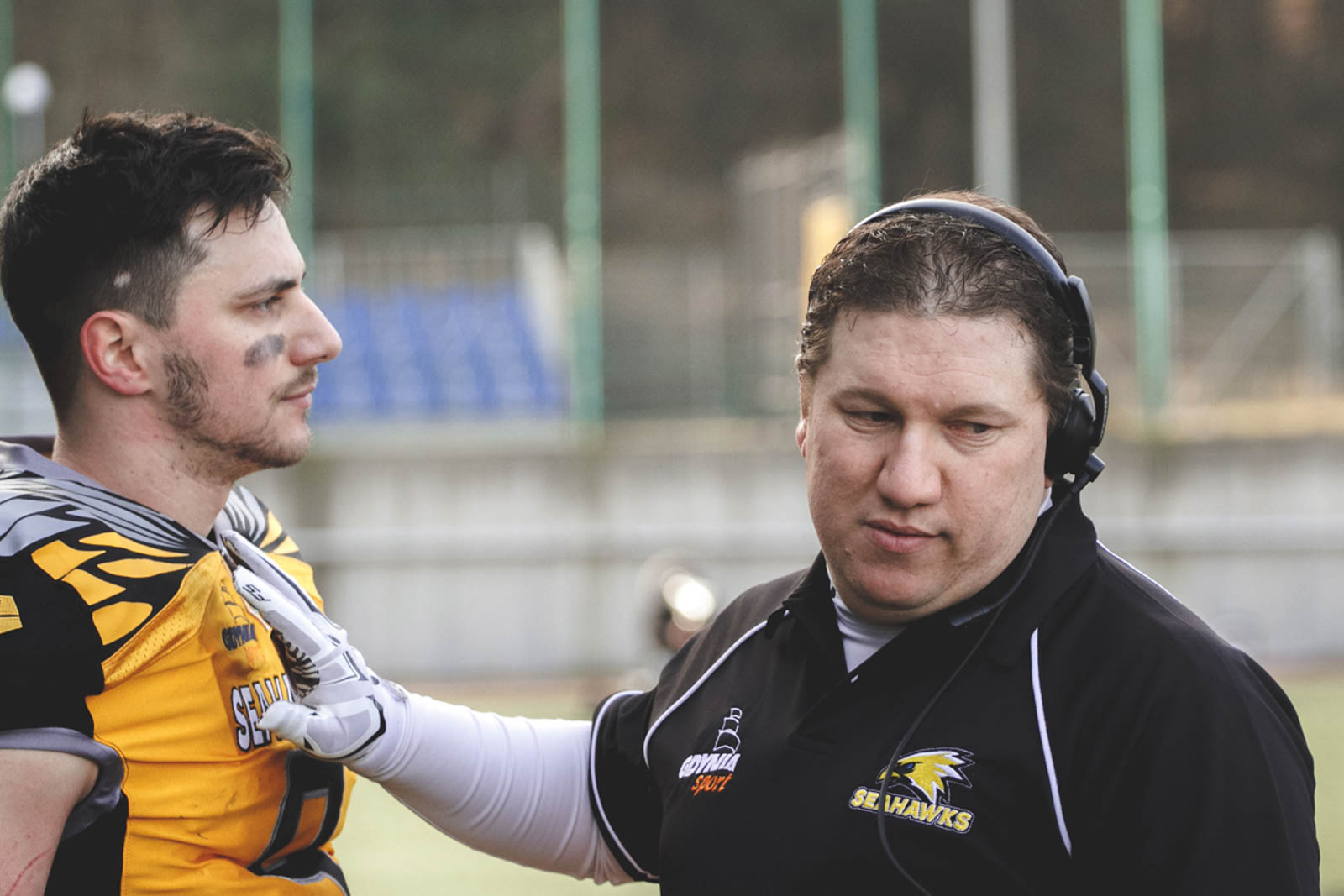 Last Sunday Seahawks Gdynia played an away game in Bialystok. Their opponents were Primacol Lowlanders from Bialystok. This game of the third round of the PLFA (Polish League of American Football) ended with a score of 23:13.  The Black&Yellows came back home with their wings folded.

The team from Bialystok has never won against the team from Tricity. Their competitive spirit was put to the test to try to prevail over their opponents from the coast. As a result the Lowlanders played their best from the very beginning of the game.

During the first half both teams showed a lot of determination to come out victorious. The Seahawks had a very strong defense while the Lowlanders stayed on the offensive. The team from Bialystok was counting on the Seahawks to make some mistakes in their defense strategy. The Seahawk’s first mistake transpired during the first quarter of the game when they fumbled the ball. As a result Tomasz Zubrycki from the Lowlanders opened the score. The first quarter ended with a score of 7:0.

Defense and special formations played an incredible role during the game. As a result the match well played by both sides showing a driving force to be the winners. This was especially visible in the second quarter when the Lowlanders got only 3 safety points.

Second half with more points

The third quarter of the game opened well for Seahawks Gdynia. After a good play that resulted in 2 yards remaining from the end zone, Alexander McKean scored a touchdown. This gave some wind to the wings of the Seahawks, but the moment wasn’t savored for long, because in the third quarter Mikolaj Pawalczyk scored a second touchdown for the Lowlanders. As a result the third quarter ended with a score of 16:7.

The last quarter underlined better plays made by the Lowlanders. Eryk Makowski scored the third touchdown for the team from Bialystok. The Seahawks managed to get a few more points in after a touchdown by Przemyslaw Portalski. Unfortunately, this was not enough to win the game. The final score of the match was 23:13.

Next game in Gdynia

The next game Seahawks Gdynia are playing at home is against the Outlaws from Wroclaw.