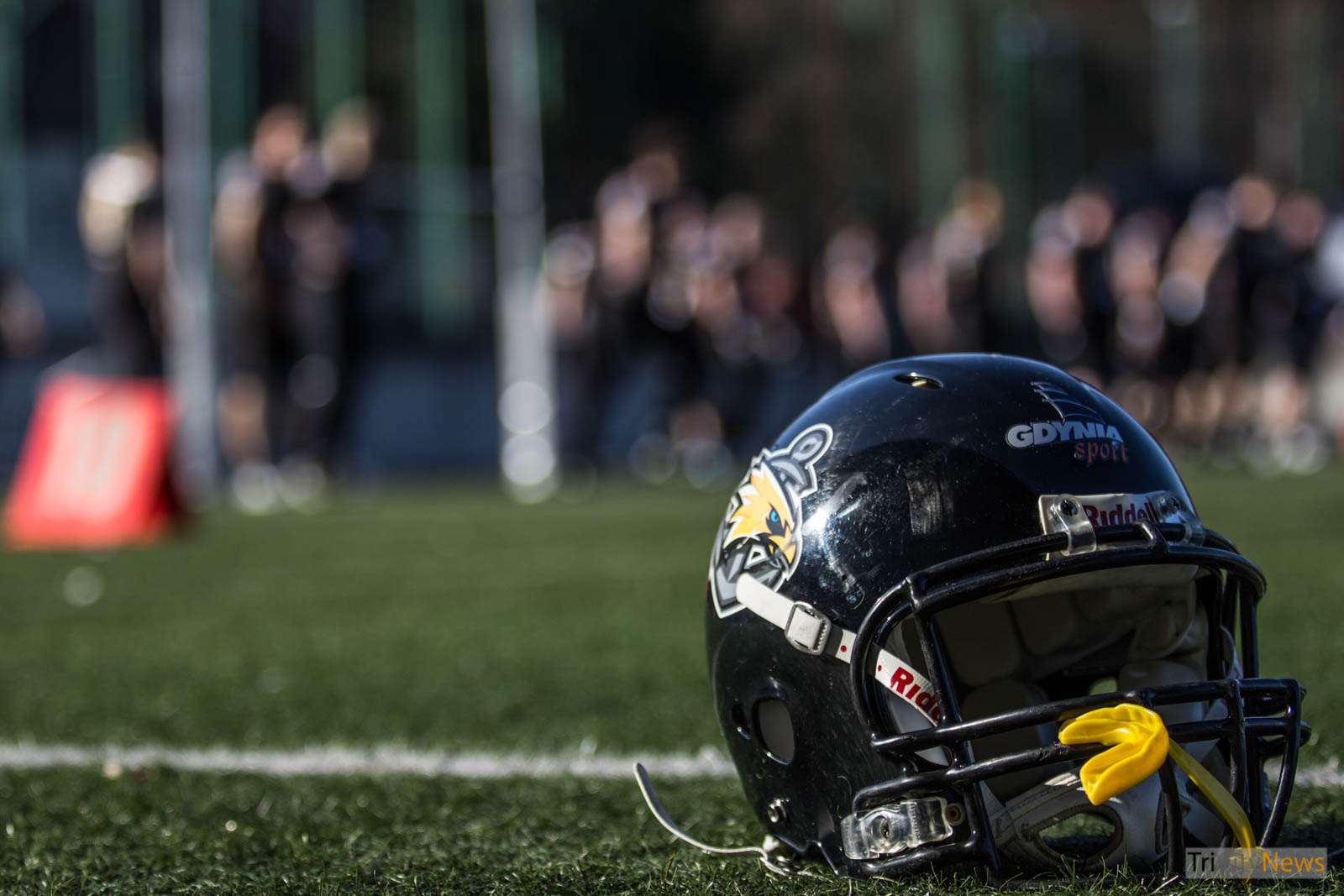 There were no surprises in Torun last Sunday. Seahawks Gdynia were definitely the favorites to win the match against Angels Torun. The Seahawks met the expectations sqaushing the opponents 0:42.

Shortly after the kick-off Seahawks scored their first touchdown of the match. Joey Bradley made a clever pass to Jakub Mazan who ran into the end-zone. The strike was especially painful for the hosts, as Jakub is a former player of the team from Torun.

The defense team of Seahawks Gdynia played very well in Torun stopping all attacks of the Angels. A spectacular stop of a punt took place in the first quarter of the match. As a result the team from Gdynia faced another good opportunity to score points.

Joey Bradley found Pawel Fabich running across the end-zone and sent him a very good ball. This resulted in the second touchdown. Portalski added a point again and the result at the end of the first quarter was 0:14.

The second quarter of the game underlined the domination of Seahawks Gdynia. Szymon Syposz performed a very good run twisting away from the opponents. One more time Portalski added a point and Seahawks were leading by 21 points.

The next player to gain points for the Black&Yellows was Dariusz Peplinski. After a fantastic punt return by James Gales, the Seahawks got a chance close to the end-zone. Peplinski got a ball from Bradley and forced his way through to emphasise the domination of the guests. Finally, Portalski scored again and 0:28 appeared at the score board.

After highlighting the domination, Seahawks could give a chance to more and more substitutes. This didn’t slow down the guests, though. The team from Gdynia was still pressing and kept on scoring. Pawel Fabich showed his skills one more time in the match catching a very good pass from Joey Bradley. The quarter ended with 0:35 at the score-board.

The last touchdown of the match took place in the last quarter. A rising talent of Seahawks Gdynia – Milosz Goralski performed a very good run. As a result he put his name on the scoreboard.

After yet another good PAT by Portalski Seahawks Gdynia concluded the match against Angels Torun with a score 0:42.

Seahawks Gdynia dominated all statistics of the match in Torun. They gained 282 yards in total which is a smashing score in comparison with 44 yards on the side of the hosts. What’s more, Angels managed to get a first down only twice throughout the match. This shows what a good job the defense team did in this away game.

The team from Gdynia is still strong at the second position in the group. The most important match however is right before them. On Sunday, Seahawks Gdynia play against Budapest Cowbells. With this match, the Black&Yellows are coming back to the international championships.

We warmly invite you to the stadium to support the team from Tricity.