Seahawks Gdynia are getting ready for the season 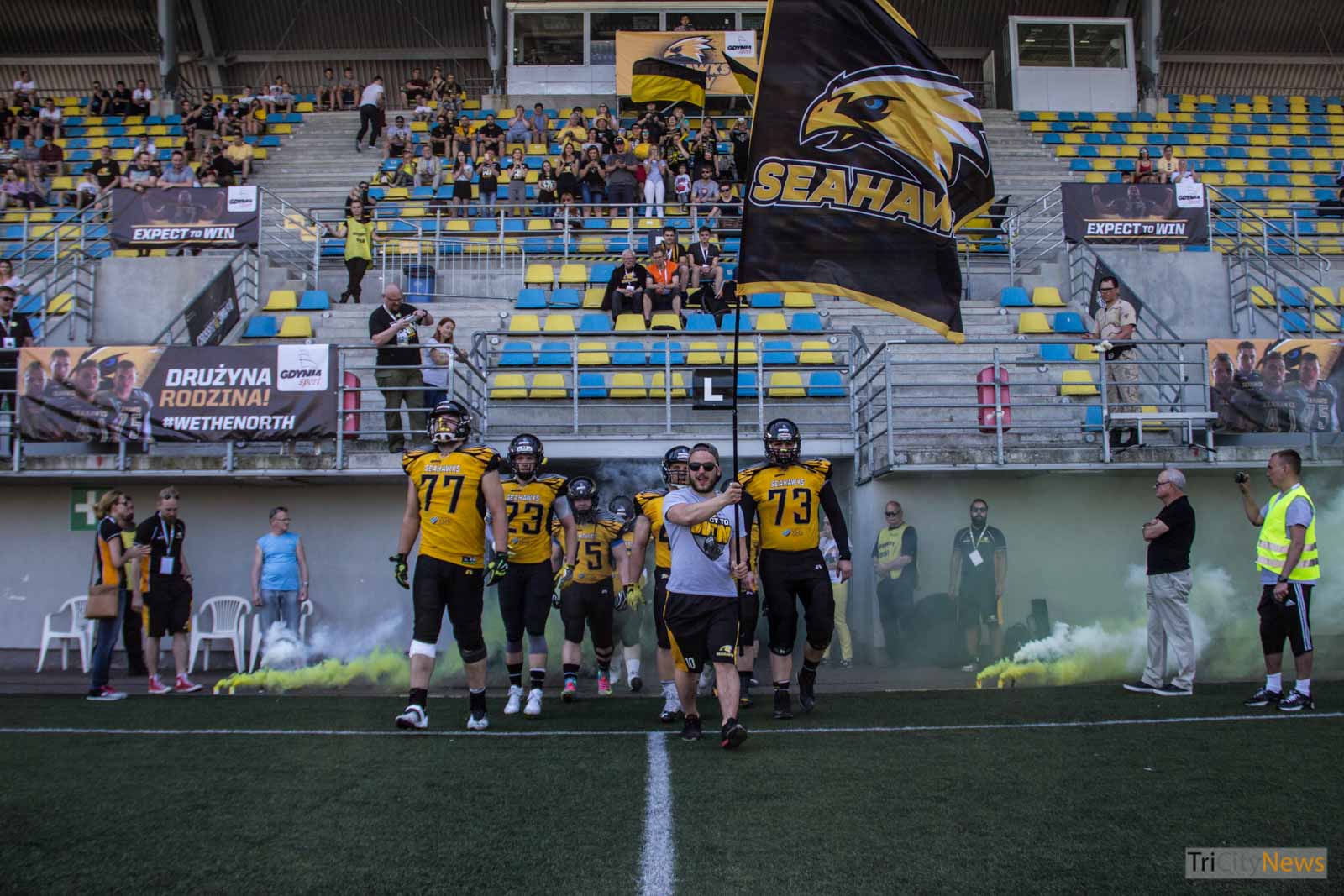 The upcoming season 2018 is going to be very exciting for Seahawks Gdynia. Black&Yellows are going to participate in a new American Footbal league as well as in Central European Football Cup. Together with fans and the team we are looking forward to this season.

In November 2017, new American Football League (pol. Liga Futbolu Amerykanskiego) came to existence in Poland. The league gathers 20 teams in 2 competition levels. The biggest and the best teams play within LFA 1. They are going to compete within three groups depending on their level nad achievements. The strongest group A consists of Panthers Wroclaw, Seahawks Gdynia, Lowlanders Bialystok and Tychy Falcons. Group B are Warsaw Sharks, AZS UMW Olsztyn Lakers, Rhinos Wyszkow and Angels Torun. Krakow Kings, AZS Silesia Rebels, Wilki Lodzkie as well as Patriots Poznan are going to play within Group C. After matches in the main part of the season, the best teams will enter the cup phase of the season.

Two best teams from Group A will automatically advance to semi-finals of the league. Teams 3 and 4 from the best group are going to fight for Wild Cards with winners of groups B and C. The final of the league will take place in Wroclaw at the end of July.

Black&Yellows are preparing hard for the upcoming season. They have also strengthened the squad. So far The Hawks have announced four international transfers including two players and two coaches. Joseph Bradley (QB), who was a very important part of the team during the last season, comes back to Gdynia for 2018. Joey will not only play as quarterback, but he will also coordinate the offence.

The Hawks are also strengthening the defense. James Gales Jr is the new free safety of the team. He will also share his experience with the defense as a coach of FS/CB positions.

In addition to players, Seahawks Gdynia brought two international coaches. Gavin Campbell, who has already cooperated with The Hawks in the past, will take responsibility for Special Teams. Another foreign coach is Shane Fisher – an experienced OL player. He will help the offensive line of Seahawks to protect Joseph Bradley even better this season.

Finally, Seahawks Gdynia are currently announcing transfers of Polish players. First announcement was Kaceper Rokicinski (DB) coming to Tricity from Angels Torun. Later, The Hawks informed about Jakub Stachyra (DL), who played for Husaria Szczecin and represented Poland in international games. Another transfer is Jacek Kajko (DL) bringing his experience from Wroclaw Outlaws. On Sunday, we received information about yet another move – Wojtek Szubert (WR) from Warsaw Eagles is going to strengthen the power of the attack.

New homeland league is not the only change for Seahawks Gdynia. For the first time in history of the club, they will participate in international cup. Their adventure begins on 29th of April when The Hawks will face Budapest Cowbells – Hungarian champions. Maciej Cetnerowski, the main coach of Seahawks said that he hopes this will not be the only season of the team in CEFL.

The Hawks are opening the season with a home game on the 17th of March against Falcons Tychy. Shortly after that, the team will travel to Bialystok to play against Lowlanders.

At the beginning of April, The Hawks will host Panthers Wroclaw. In the second part of the month they will travel to Torun to face Angels.

Next home match is on the 5th of May against Warsaw Sharks. After that, Seahawks will play two away matches, against Panthers Wroclaw and Falcons Tychy. The main season the team will conclude with a home match against Lowlanders Bialystok on the 16th of June.

The biggest treat for the fans will however take place on the 29th of April. This is the date of the the debut in CEFL and hosting Cowbells in Gdynia.