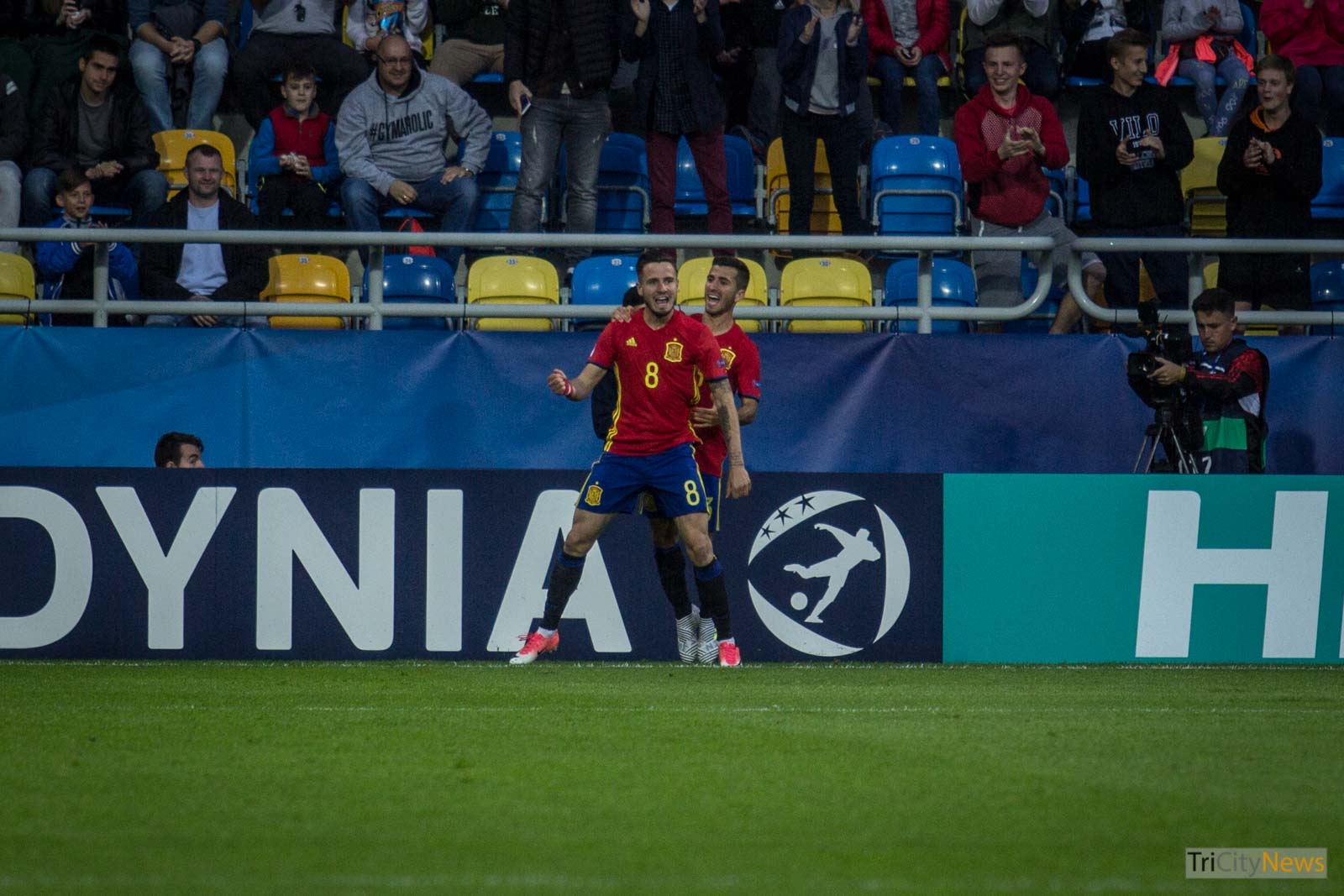 A “hat-trick” by Saul was fundamental in Spain’s victory over Italy by 3-1 that gave Spanish team the chance to fight for their fifth UEFA Under 21 European Championship. Germany beat England and also went through to Krakow’s final.

Spain has qualified to the final of UEFA Under 21 European Championship after winning Italy by 3-1. Midfielder Saul Niguez took the main role in the match in Krakow as he scored an “hat-trick”.

A second half match

Spain, who played two games in Gdynia and qualified to this semifinal as first in Group B, took the lead only on the second half. Saul scored in the 53rd minute, opening the score for the Spanish team for the third time in this tournament.

Things became more complicated for Italy in the 58thminute, when Gagliardini got a second yellow card. However hopes came back when Bernardeschi shot was deflected by Vallejo on the 62nd minute. As a result the fans saw a draw on the scoreboard again.

Saul put Spain in advantage again three minutes later with a terrific shot from outside the box. Donnarumma was unable to save it. In the 74th minute of the game, Saul received a pass from Marko Asensio and scored again.

Germany will be Spain’s opponent in Friday’s final in Krakow. They will try to stop Iberians from winning their fifth UEFA Under 21 European Championship, the second in four years.

Not an easy game

In Tychy, the Germans had not an easy game to get to this final. They only secured their passport to final in the penalty shootout by beating England by 4-3 after The extra time finished with a score 2-2. Additionally, both teams used a fourth substitution.

Davie Selke put Germany in the lead on the 35th minute, however, it was England that was in the lead five minutes after the break. With goals by Demarai Gray four minutes before halftime and Tammy Abraham in the 50th minute.

Twenty minutes before full time Germany made the 2-2 with a goal by Felix Platte. This result lasted until the end of the extra time. The Germans were stronger in the penalty shootout and went through to face Spain in the final.