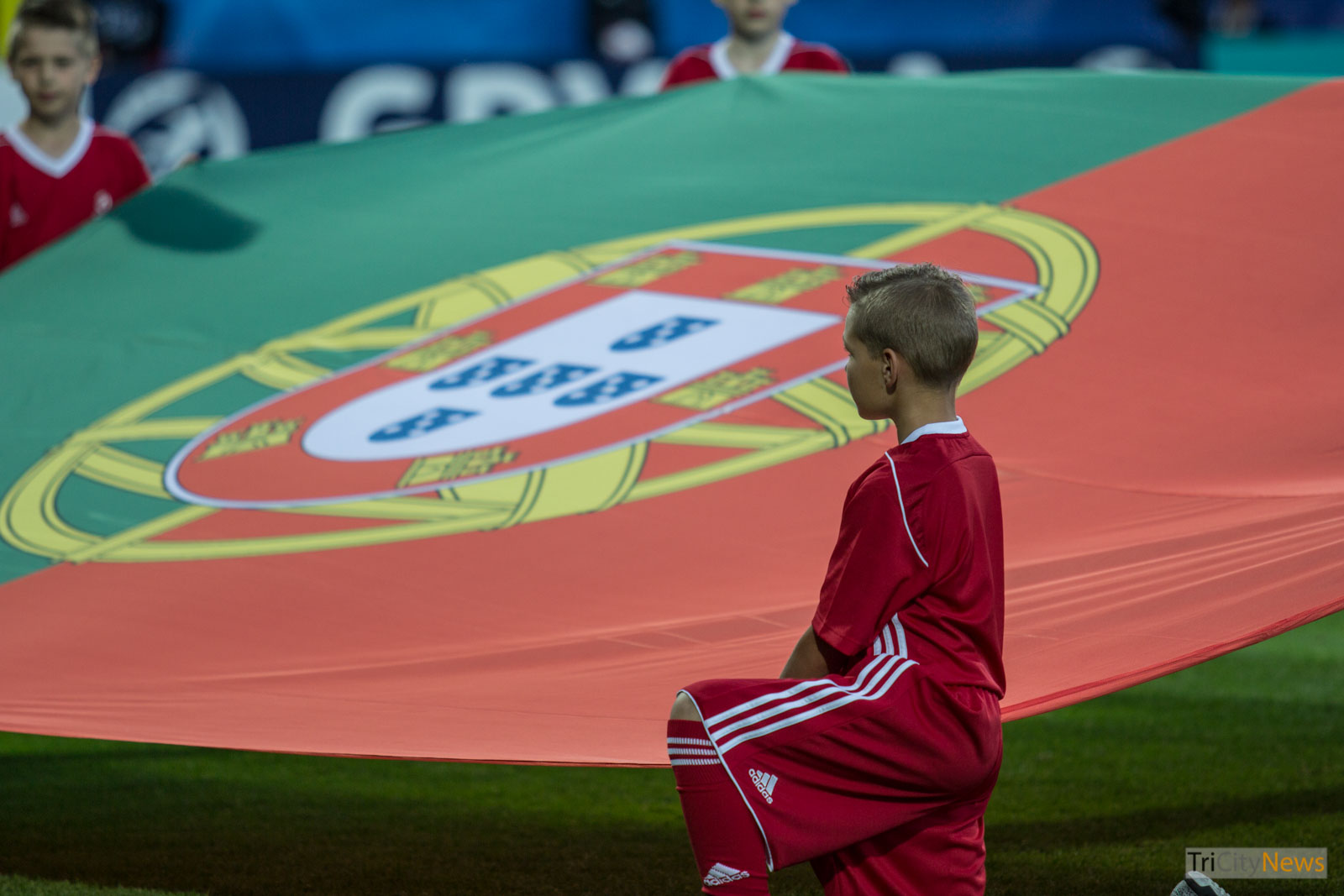 The Portuguese failed to score one more goal against Macedonia. This would give them an advantage over Slovakia, second ranked in Group A. The Macedonians, who were already without hopes to go through, collected their second defeat in Group B.

Players from Portugalthat a 4-0 or other result with three goal difference like 4-1 or 5-2 against Macedonia would be enough to overcome Slovakia’s result in Group A. Portugal soon started reaching the objective by scoring their first goal in the second minute. The scorer was central defender Ie after a corner kick by Iuri Medeiros.

Macedonians, who were already with no hope to qualify for semis, almost got to the goal at the eight minute by Zajkov. However Portugal responded in the 22nd minute with a excellent shot by Bruma that sent the ball to the back of net of Macedonia.

Portuguese knew that they needed two more goals only. Portugal had several chances to get closer to their task, but the players kept failing. Goncalo Paciencia, Ruben Neves, Podence and Bruma weren’t able to score.

Five minutes before halftime Portuguese suffered a setback when Bardi scored for Macedonians. Even with this goal however, Rui Jorge’s team needed two more goals to go through.

Portugal’s coach, who had to substitute right-back Rebocho due to physical problems at the 18thminute, removed Ricardo Sanches from the game and sent Ricardo Horta in at the 55th minute. After two minutes, Portugal got the third goal by Podence after good pass by Iuri Medeiros.

Portugal couldn’t score the fourth goal they needed for a long time. What’s more, Macedonia scored again by substitute Markoski after a quick counterattack. This complicated the task for the Portuguese even more. They were two goals away from objective again.

Portugal still got the fourth goal at the start of added time. Right after the goal though, the referee decided to show a straight red card to substitute Diogo Jota. This was after a foul that didn’t seemed to be a serious one.

Playing only with ten, Portuguese still tried to get the fifth goal but the referee gave the final whistle soon. As a result, Portugal left the game one goal away from a possible qualification for semi-finals.

After the game, Macedonia’s coach congratulated Portugal the second place in Group B. He also commended his players as they “gave 100 percent” “Macedonia came to play good football. We should be proud of what Macedonia did”, added Blagoja Milevsky.

Portuguese coach noted that Portugal ended Group B with six points. The best result by the Portuguese in a group phase in Under 21 European Championships was not though enough to go through.

Rui Jorge also admitted that Portugal didn’t show efficiency in the game as his team could not take more advantage from the 19 shots made during the game.

“We suffered the last goal against Spain, because we didn’t want to lose the match. We could have been more conservative, but we are a team with passion that always tries its best”, he concluded.