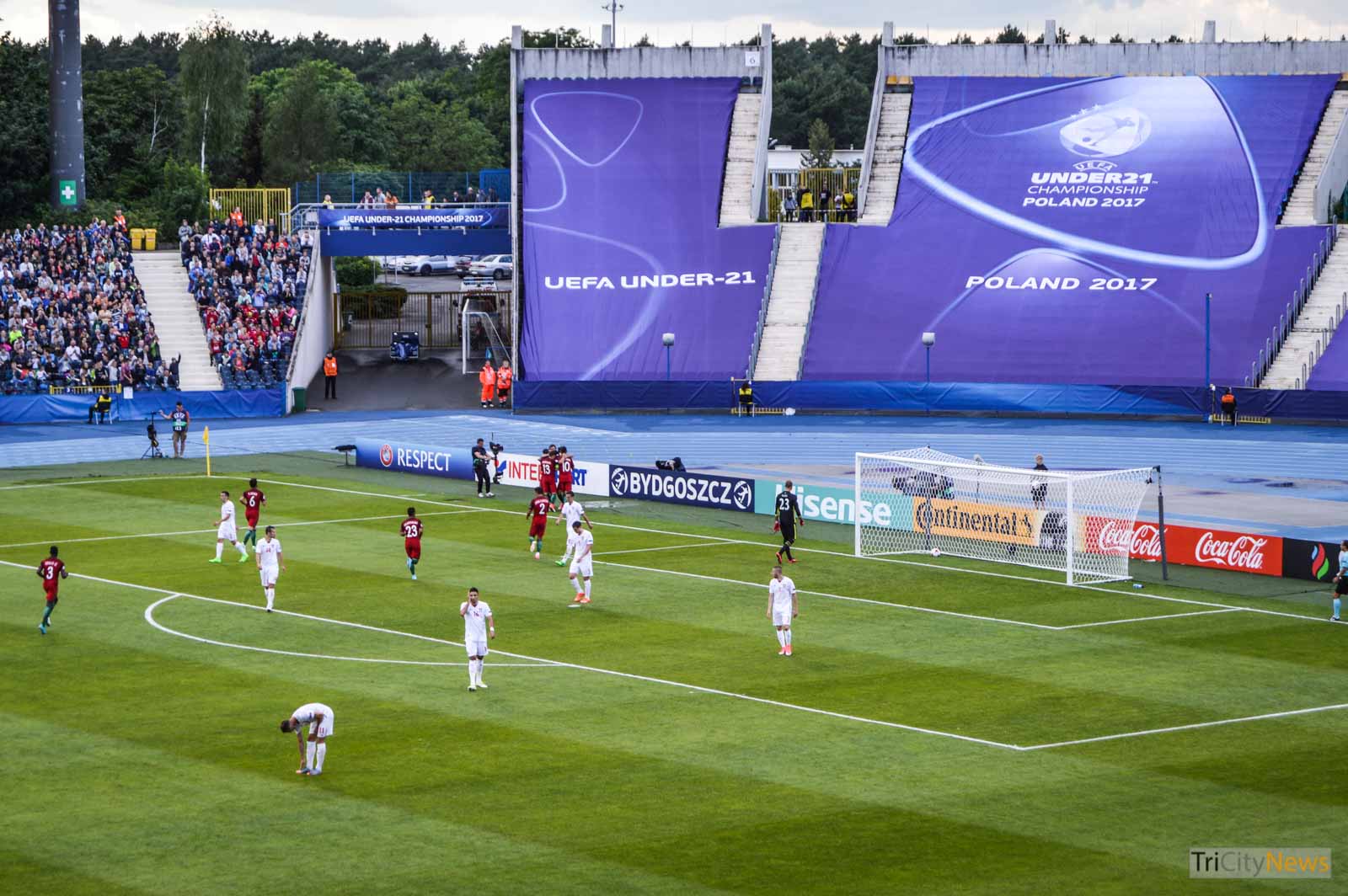 Gonçalo Guedes and Bruno Fernandes scored for Portugal. The goals gave vice-European champions a victory at their first game in UEFA Under 21 European Championship. Serbia had several chances to score but did not manage to get the goal.

However, it was the Portuguese that had a chance for the advantage early in the game. Gonçalo Guedes shot to the woodwork in the fifth minute after a free kick. The opportunity resulted from a serious foul from Grujic over Ruben Neves.

From the tenth minute onwards, Serbia started to take control of the match and in the 28th minute Djurdjevic had a major chance to put his team in the lead and only two minutes later it was goalkeeper Bruno Varela action that prevented Serbia from getting the 1-0.

In the last ten minutes of the first half, Portugal inverted the game and almost got the goal when Diogo Jota shot wide. One minute later, Gonçalo Guedes gave the lead to the Portuguese after a very good cross by Daniel Podence.

In the second half, Serbia came again strong but was unable to get the equaliser, as Grujic and Gacinovic on the 57th and 61st minutes failed to score. At the 71st minute, again Serbia almost got the goal but Radonjic couldn’t do better than shooting over the bar.

Serbia lost power in the attack after that. As a result Portugal managed to score the second goal in the end of the game. Captain Bruno Fernandes got a superb pass from Renato Sanches three minutes before the final whistle and scored. Renato Sanches played only a part of second half.

In press conference after the end of match, Serbia’s coach was sure that the match could have a different outcome if Djordjevic scored in the first half. He also explained that Ozegovic and Radonjic entered in the second half with the aim to get a better result.

“There were chances for goal to Serbia. I have nothing to say against my players as they tried everything“, added Lalatovic. Asked if he thought that this was an “unfair result“, he answered “it is football“.

Portugal’s coach admitted that Serbia forced Portugal to defend and underlined that playing against Serbia “is not easy” as Serbians scored in 10 out of 12 qualifying matches. “We will see where we failed. We failed where we usually don’t fail. On a technical point of view, we can do better“, Rui Jorge added.

For Portugal’s coach, this was a “fantastic result, but nothing is decided yet“. “Qualifying for semifinals is very difficult“, underlined Rui Jorge. He also noted that “playing from three in three days in end of season is very aggressive“.