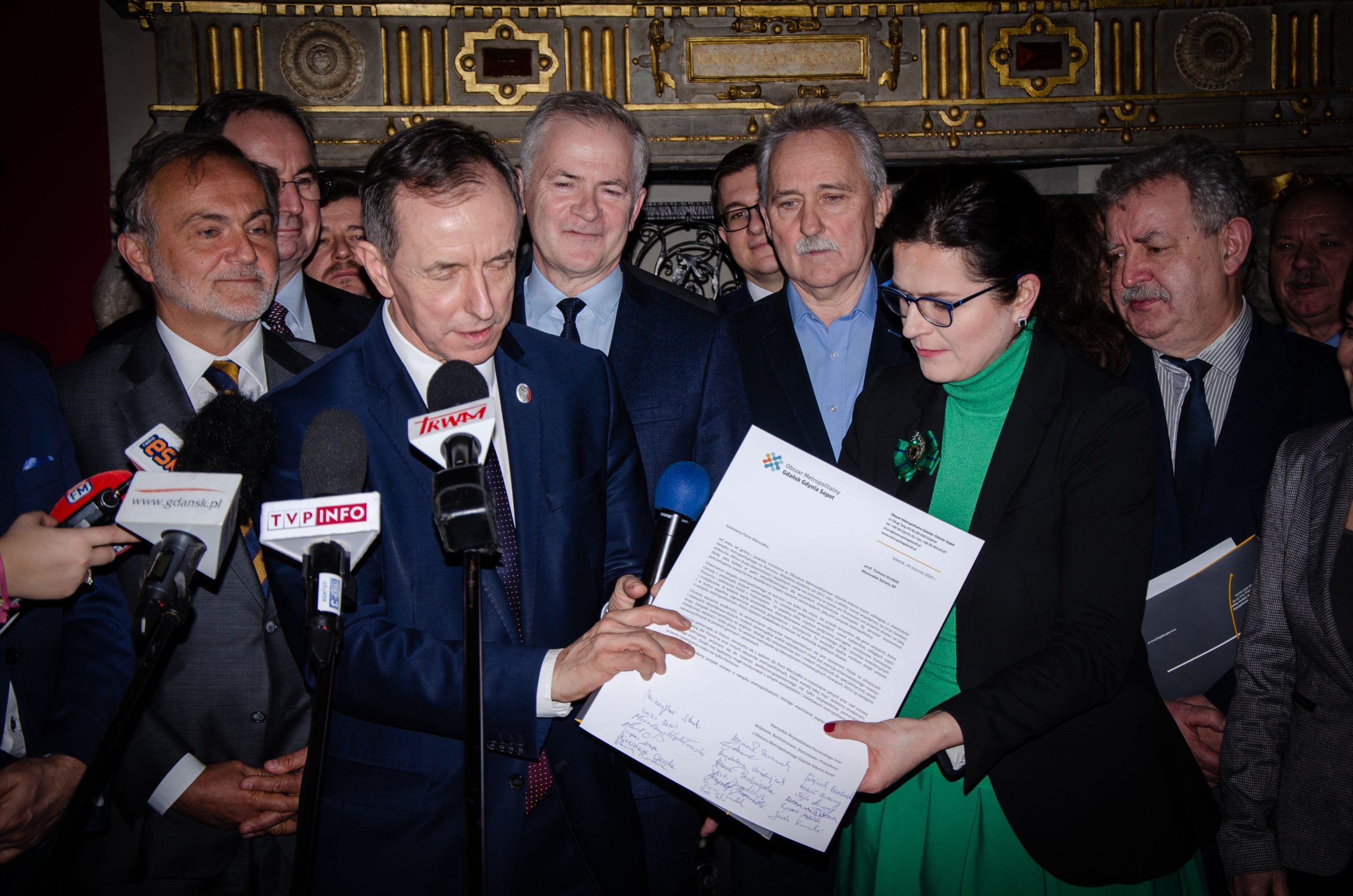 Local politicians of the Gdansk-Gdynia-Sopot Metropolitan Area appealed to the Speaker of the Senat. They urged a quick resume of works over the Pomeranian Metropolis act.

Creating a Metropolis means profits not only for the biggest cities but also for the small local authorities. According to Aleksandra Dulkiewicz – the Mayor of Gdansk, such cooperation helps to reach common goals. The effects of cooperation are more and more visible with each year. We are not however able to act on a fully satisfying scale due to limited resources and legal abilities. – Continued Mayor Aleksandra Dulkiewicz.

The representative of Pruszcz Gdanski – Magdalena Kolodziejczak explained that without the cooperation the municipality would not develop as well as it does. One of the examples is the metropolitan school. The biggest challenge though is now commuting between smaller towns and the main cities of the Metropolis.

More than 200 million PLN for Pomerania

Creating the Metropolis means, that each year the region will get more than 200 million PLN, which currently goes to the national budget. This is an equivalent of 5% of income tax, which belongs to metropolitan entities. What can it mean for the Pomeranian Metropolis?

Current accomplishments of the Metropolitan Area

During the meeting of the local authorities of the Metropolitan Area, the voivodeship Marchal Mieczyslaw Struk underlined the accomplishment of the area so far. According to his statement, the area deals with the European Funds in the amount of 1,76 billion PLN. This results in 177 projects that all together cost 3,13 billion PLN. Thanks to those funds, new traffic solutions come to life as well as hospitals and other institutions get more modern. What’s more, nearly 18 thousand of unemployed and in danger of poverty and exclusion receive help.

A need for urgent works on the metropolitan law

The idea of Metropolis in the area of Tricity has been present for a couple of years. These years of cooperating and creating the administrative structures have taught the local authorities a lot. Wojciech Szczurek – the mayor of Gdynia said that it had taught them a certain way of the concept of the Metropolis. Such a structure will not only support the development of the big cities but more importantly give a chance for a balanced advancement of the whole region. Mayor Szczurek continued underlining that the purpose of presenting their request to the Speaker of the Senate is to dynamize the works. The local authorities in the region know well how important it is and what profits it will bring.