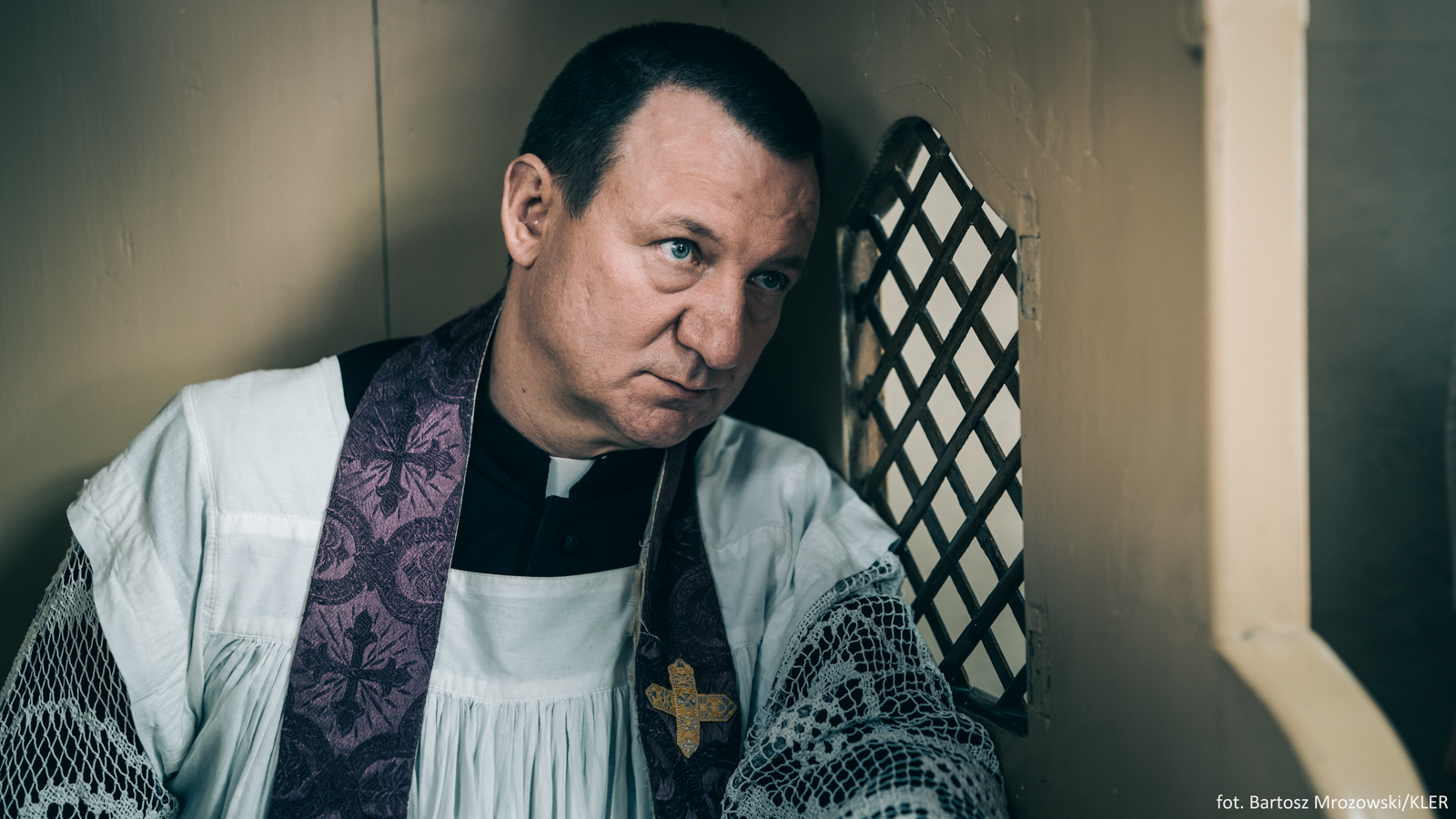 It is hard to think about any other Polish movie which attracted so much attention. “Clergy” by Wojciech Smarzowski is definitely the most popular of the movies participating in the main contest of Polish Film Festival. Box office record, awards of the festival and controversies around the movie which touches a very important topic. This is what characterizes the newest movie by Wojciech Smarzowski.

The movie tells a story of three Catholic priests. They work on different levels of the hierarchy displaying some of the most controversial problems of the clergy. Interestingly, Wojciech Smarzowski does not condemn religion nor religious people in the movie. He points out the pathological behaviors like greediness, drunkenness, immorality or even pedophilia.

In the movie, we will see some of the best-known Polish actors. Arkadiusz Jakubik, Jacek Braciak and Robert Wieckiewicz play the main roles of three priests. Janusz Gajos shows his best acting skills playing the archbishop. Though the movie revolves around three men, the viewers can also appreciate the performance of Joanna Kulig in the movie.

Since its premiere, “Clergy” has been gathering whole crowds of viewers. Already at the Polish Film Festival, the cinema halls were full and people were queuing to get the tickets. Additionally, it wasn’t rare to see people sitting at the stairs while watching the movie. It is no surprise, that the movie received the journalists’ and the audience award. The jury also granted the movie the special award for the courage to explore a topic of particular importance to the public. The movie also got the award for production design. Read more about all prizes at the 43rd Polish Film Festival.

Since the official premiere of the movie on the 28th of September, more than 2,5 million people saw “Clergy”. Only through the first weekend of screening, the movie gathered nearly a million viewers.

As the movie touches very controversial subjects, it has both supporters and opponents. Some local authorities in Poland tried to ban the screening of the movie in their cities. The loudest case belongs to Ostroleka with ombudsman’s intervention.

“Clergy” has attracted a lot of attention not only among the Polish audience but also in other countries. As a result, the movie is now entering cinemas in the UK and the USA. Many cinemas in Europe are preparing to show “Clergy” with English subtitles as well. The tickets are selling very fast.

In Tricity, “Clergy” is available in Polish in all cinemas. It is also possible to see it with English subtitles in Gdynia Film Center.