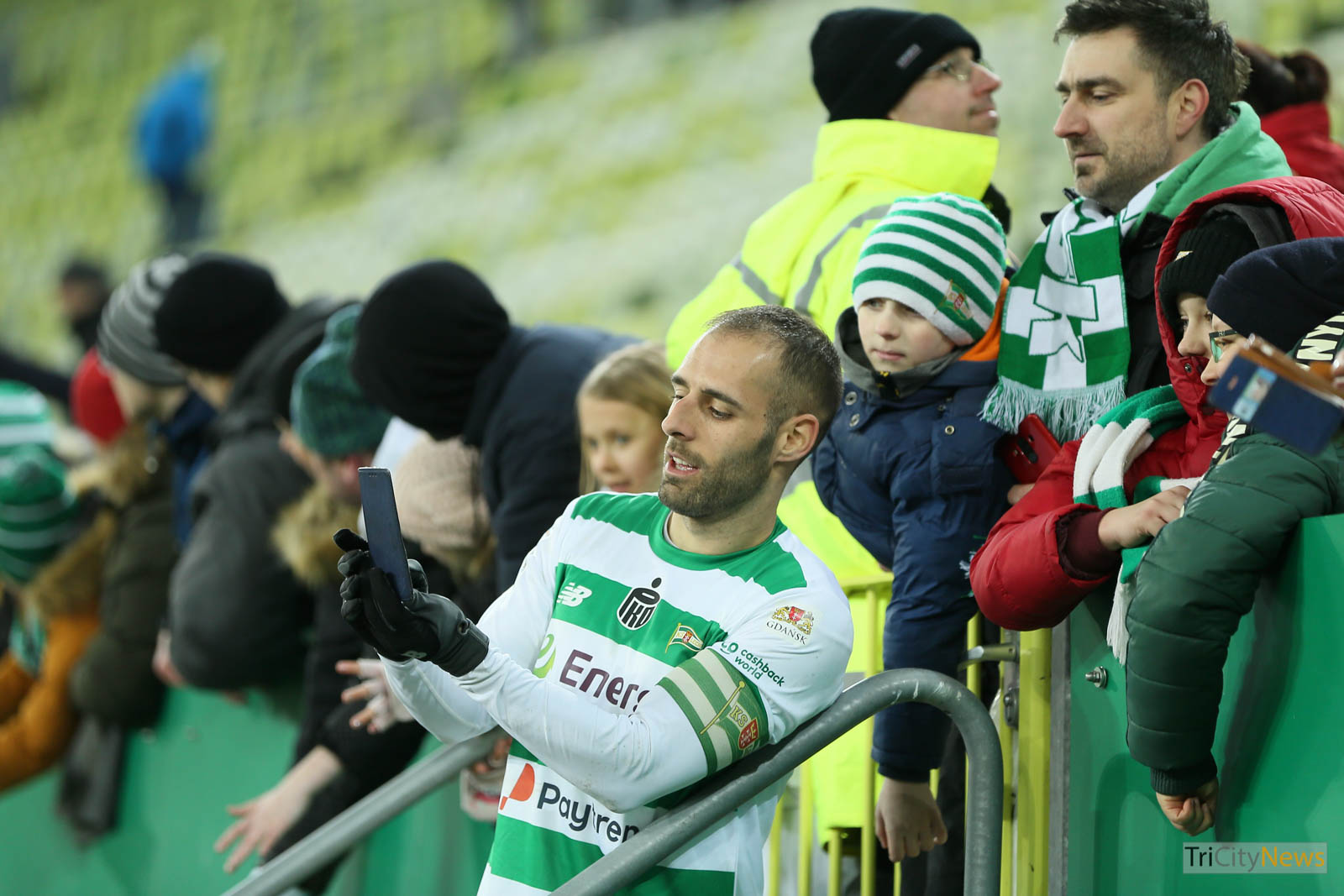 Lechia Gdansk won 1:0 over Wisla Krakow last Saturday in Gdansk. This means the team has now seven points more than Legia Warszawa. Arka Gdynia lost for the third time in a row on Friday. They are now getting further from the first half of classification.

Lechia Gdansk fully profited from Legia’s defeat in Poznan. With a home victory over Wisla Krakow, they strengthened the leadership in Ekstraklasa.

Already knowing that Legia, second in the championship, had lost by 2:0 with Lech, Lechia didn’t do much in the first half. The only effort was Paixao’s header in the eighth minute.

However, just four minutes from half time, Lechia managed to get the advantage. Sobiech served Mladenovic well for what would be the only goal of the match.

Wisla still threatened Kuciak’s goal with a shot wide by Pietrzak in the 54th minute. It was Lechia though that almost scored nine minutes later. Paixao shot to goal only to see the referee cancel it because of an offside. Six minutes from the final whistle, Mak still tested Wisla’s keeper with a good shot failing to amplify Lechia’s victory.

Indonesian star Egy Maulana Vikri was on the bench the whole game. On the other side, Wisla Krakow didn’t use former player of White and Green’s Slawomir Peszko. The midfielder watched his friends from the sector.

On Friday, Arka Gdynia got its third defeat in a row in Ekstraklasa after losing with Piast Gliwice by 1:2 at home

Czerwinski’s header gave Piast the advantage in the 28th minute after a free kick by Hateley. In a first half almost with no chances for a goal, Joel Valencia took advantage from a good cross by Konczkowski. He scored the Piast’s second goal one minute from halftime.

Arka, now eight points from the eighth place in Ekstraklasa, had a great chance to get the 1:2 in the 80th minute after Czerwinski brought down Janota. The player, however, wasn’t able to score from 11-meter mark allowing keeper Plach to grab the ball.

The home team’s goal came two minutes from full time by Zbozien after a Janota’s corner kick. That was already too late for Arka to get anything more from this match.

Next Sunday, Arka faces Lech Poznan in an away game that may prove to be decisive for Gdynia’s not to get closer from relegation. Lechia goes to Lubin on Monday in an attempt to consolidate the leadership.