Lechia Gdansk still on top, Arka got a “rollerocaster” draw 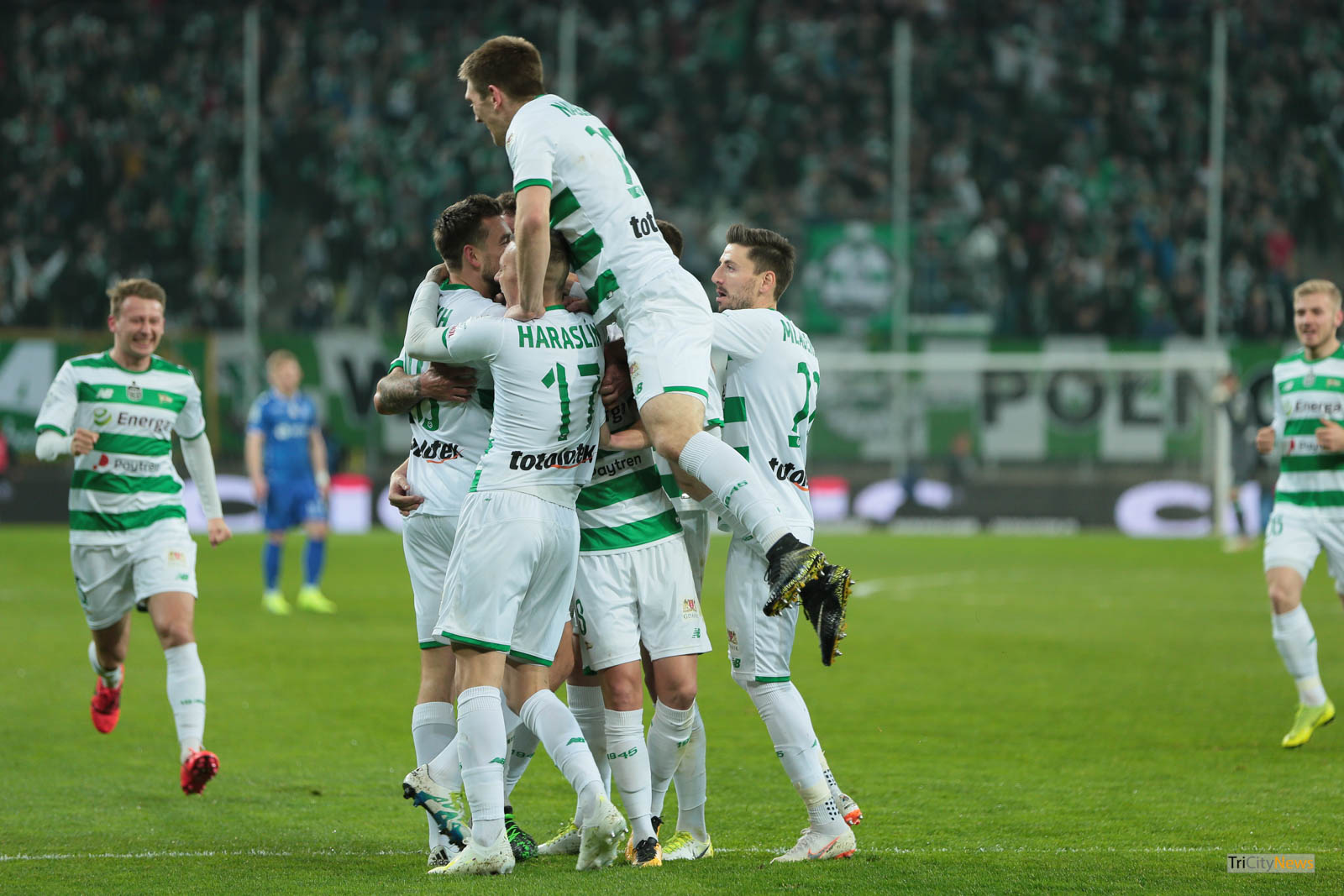 Sobiech, superbly assisted by Augustyn, scored the goal on Lechia’s home victory over Lech that left White and Greens still in the leadership when there is only one game left in regular season. Arka, still out of relegation zone, got its second consecutive draw in an exciting 3-3 draw in Szczecin.

Leader Lechia Gdansk maintained the three-point advantage over Legia Warszawa after winning on Saturday at home by 1:0 against Lech Poznan in a game where the away team was practically ineffective excluding a move already in added time that almost resulted in the draw.

With Flavio Paixao on the bench, White and Greens needed only 10 minutes to get the advantage with a Sobiech’s goal where Augustyn, that already had scored in the last round, was the star with a bicycle kick assistance to Lechia forward that only had to head the ball to goal.

In the next minute, Haraslin almost got the 2:0 with a shot to the post and, seven minutes later, the Slovak midfielder was also near the goal with a shot slightly wide completing a period where Ekstraklasa leaders were totally dominant. Lech Poznan only managed to scare Lechia in the last minute of the first half when Gumny got close from Kuciak’s goal but Nalepa took the ball and canceled a move that could result in danger for the championship leaders.

In the 52nd minute, the referee transformed what seemed to be a clear cut by Lech defender Rogne into a dangerous free kick for Lechia. Haraslin didn’t care about it and shot directly to the post. It was his second ball on the post in this game.

More action came only on added time when substitute Wasielewski shot for a good save by Kuciak, an action that didn’t stop Lechia from getting more three points and staying with the same three-point difference from Legia Warszawa, the winner on Sunday in Zabrze.

Also on Sunday, Arka Gdynia continued its fight for not falling on relegation places with its second draw in a row this time a “rollercoaster” 3:3 draw in Szczecin which allowed Gdynia’s team to finish the penultimate round of regular season still in the safe zone.

Things didn’t start well for Arka’s new coach Grzegorz Witt as on the 26th minute Zyro made the 1:0 for Pogon with a successful header to goal after a corner kick. However, on the 40th minute, Arka got the draw. Socha, that minutes before replaced injured Marciniak, was stronger than Guarrotxena and served Vejinovic for the 1:1.

On the second half, Jankowski, served by Kolev got a ball into the box and shot out of the reach for keeper Zaluska giving the advantage for the first time to Arka at the 56th minute. However, Majewski served with a great pass that beat Arka’s defense, made the draw in the 71st minute.

Fifteen minutes before the final whistle, Arka seemed to get the final advantage when Deja headed into after a perfect corner, however, it was Pogon that had the final work with a goal by substitute Benyamina at the 87thminute.

Pogon had chances to get the victory until the final whistle especially after defender Maghoma was red-carded near the end, but, the result went unchanged and Arka could breathe a little more outside relegation zone but now only one point ahead of Wisla Plock, winner at home on Monday against Slask Wroclaw.