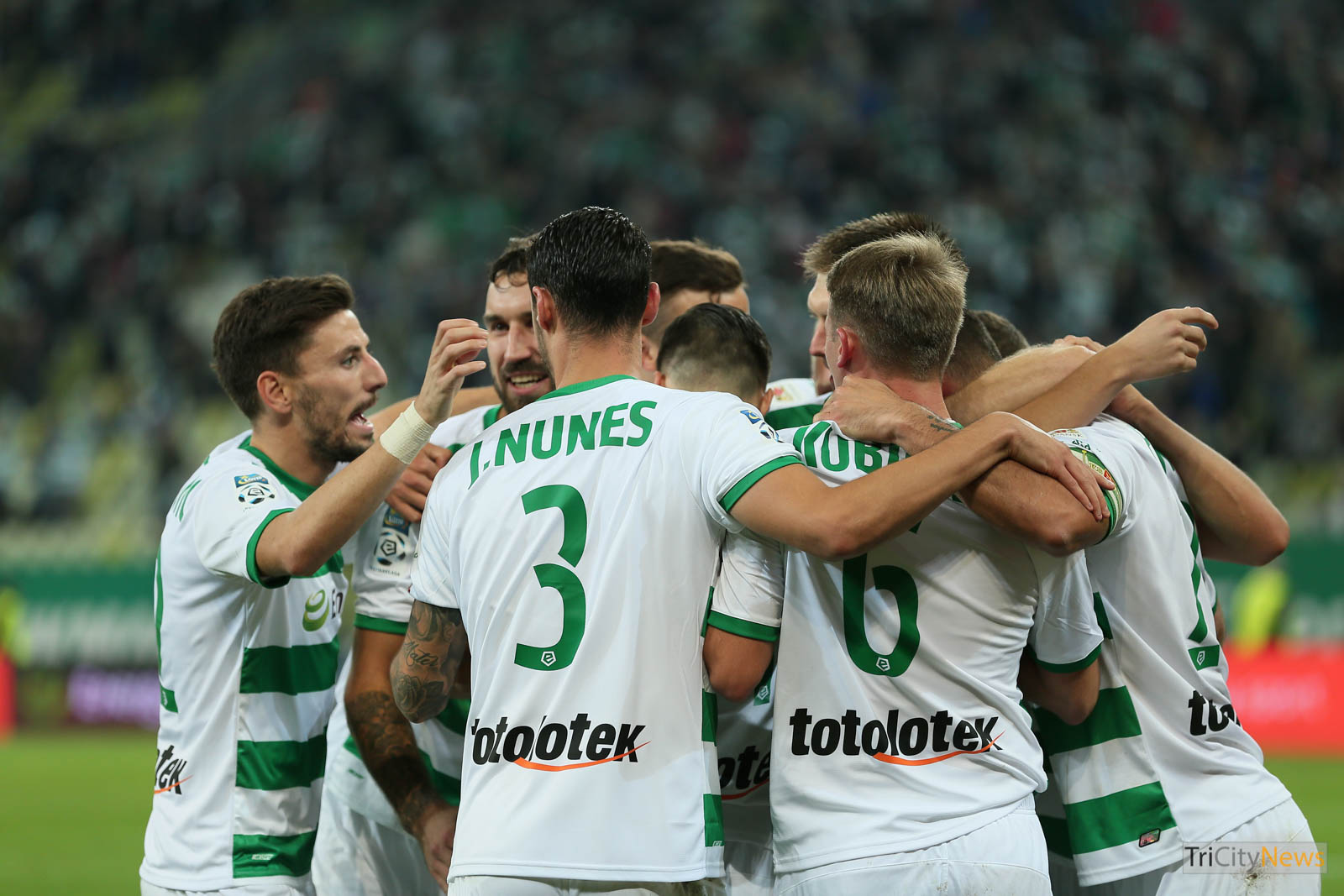 Lechia Gdansk - Zaglebie Sosnowiec, photo: Luca Aliano/Tricity News
Tiago BrandãoDecember 7, 2018
0 Share
Share Tweet
It was a challenging week for both teams from Tricity. Lechia Gdansk played two away matches. First in Wroclaw against Slask and the additional one in Nieciecza against Bruk-Bet in the 1/8th of the Polish Cup. Arka Gdynia faced difficulty as well playing against Jagiellonia twice in a week. First, the teams met in Bialystok in the 17th round of Lotto Ekstraklasa. Shortly after that, Arka hosted Jagiellonia in Gdynia in the Polish Cup.

Lechia Gdansk on a roll

Lechia Gdansk was very lucky playing in Wroclaw. Slask only managed to hit the woodwork in their multiple efforts. This allowed the team from Tricity to win the match 0:2 and to maintain the leadership in Lotto Ekstraklasa.

Visiting Wroclaw, it was Lechia that created the first real chance in the match. Their initial efforts resulted in an early goal, already in the 15th minute. Paixao received a cross from the left and headed to Nalepa who volleyed the ball for a great goal. Slask was trying hard to chase the score, but their efforts weren’t successful.
Lechia extended their advantage in the 25th minute when Slask’s defensive mistake allowed Haraslin to get on a fast track to score. Lechia’s forward was faster than defender Celeban and beat keeper Wrabel to make the 2:0.
Lechia Gdansk seemed to control the game and the score, but the hosts didn’t want to give up easily. They were trying several times to score, but their efforts could only hit the woodwork. As a result, Lechia Gdansk could maintain and strengthen their leadership in the league. The team from Tricity has five points advantage over Legia Warsaw – the second in the league.

Later the same day, Jagiellonia hosted Arka Gdynia in Bialystok. The team from Gdynia was fighting to reach the top half of the table.

Arka started the game very well. The first half brought just a minor exchange of blows. As a result, both teams were going for a break with 0:0 on a scoreboard.

The second half opened with a great situation for Arka Gdynia. A mistake of Jagiellonia’s defender Mitrovic resulted in Janota overtaking the ball. The forward only needed to finish the job and the team from Tricity was in front.

This however irritated Jagiellonia, who pressed on Arka strongly ever since. The equalizer came in the 58th minute. Pospisil served Swiderski that shot out of Steinbors’ reach. Five minutes later, another goal for Bialystok’s team came. Swiderski scored again, this time with a header after a corner by Poletanovic.

It was visible, that Arka Gdynia was going down in this match. The final hit came in the 83rd minute. Novikovas got a good pass from substitute Klimala. This underlined Jagiellonia’s victory bringing 3:1 to the scoreboard.

Before the end of the match, there was still time for VAR. Substitute Roman Bejzak fouled Marcus da Silva leading the referee to show Jagiellonia’s forward a yellow card. However, after VAR the referee decided to cancel the yellow card showing a red card seconds before the final whistle instead.

In the 1/8th round of the Polish Cup Arka Gdynia was the first one to play their match. The team hosted Jagiellonia Bialystok. This was the second game against this difficult rival in a very short time. Unfortunately for the Yellow & Blues, the scenario of the game was very similar to the match in Bialystok.

The first half of the game didn’t bring too many chances for either team. The match was very equal until the 71st minute when Adam Deja from Arka got a red card. Losing a player affected the team heavily. Just four minutes later Jagiellonia scored their first goal of the game. Cillian Sheridan was the one who opened the score.

Towards the end of the match, Arka had to suffer one more blow. This time it was Patryk Klimala who scored for Jagiellonia in the 86th minute. The fans had to leave the stadium in bad moods. Arka Gdynia lost their chance for the third trophy in a row.

Lechia stays in the cup

The other match of Tricity team in the Polish Cup had a totally different scenario. Lechia Gdansk went to Nieciecza to face Bruk-Bet. White & Greens knew well what they are capable of. As a result, they were the ones who controlled the game.

The first goal came in the 45th minute when Lukasik directed the ball into the net. Just over a quarter into the second half, the disaster struck the hosts. Wlazlo received a red card and had to leave the field. Lechia used this opportunity to prove their rulership and scored just five minutes later. Tomasz Makowski was the one who got the second goal for the team from Tricity.

The hosts managed to answer in the 76th minute when Misak shot the only goal for Bruk-Bet. The match prolonged nearly 10 minutes and the guests managed to use this time to score one more time. Rafal Wolski underlined the win in the 97th minute. As a result, the team from Gdansk continues to represent Tricity in the Polish Cup. Is Lechia Gdansk aiming for a doublet this season?