Lechia Gdansk secured the leadership, Arka in the bottom half of Ekstraklasa 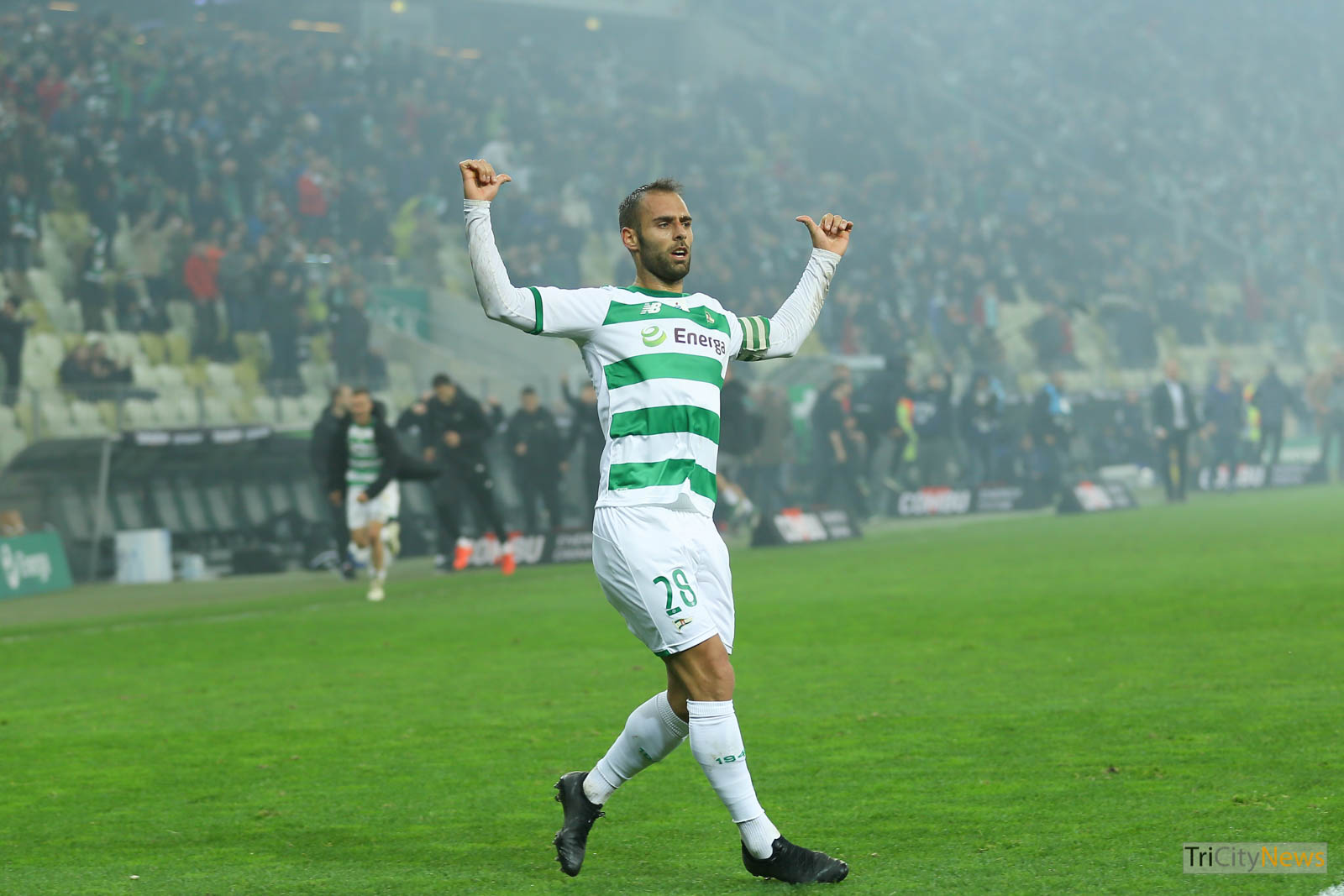 Flavio Paixao scored the only goal for Lechia Gdansk in Poznan. This allowed the White and Greens to continue in Ekstraklasa’s lead. Arka Gdynia lost at home against Pogon and saw Szczecin team move up to the eighth place in Polish championship.

Lechia Gdansk remained the leader of Ekstraklasa after an away win in Poznan on Sunday. The team from Gdansk won thanks to a goal by Flavio Paixao, his ninth goal of the season. White and Greens are holding the lead for the second round in a row thanks to this win.

In a game with few chances for a goal, Lech Poznan was first to create a danger. In the 11th minute, Gytkjaer shot wide after a cross by Wasielewski. It was Lechia though that got the lead in the 25th minute.

After a long pass by a Lechia’s player, Lech’s defender Rogne headed back but Arak got the ball and served Flavio Paixao. The Portuguese forward shot without letting it touch the ground and scored what was the only goal of the match.

Six minutes later, another Portuguese almost got the goal but for Lech. Gytkjaer got the ball and served Joao Amaral. However, keeper Alomerovic was able to save Amaral’s shot to a corner and to protect Lechia’s advantage.

Six minutes into the second half, Flavio Paixao almost scored again after Lech’s turnover. Arak served Michalak for a quick counter-attack that ended with Paixao’s shot. Keeper Buric saved it with difficulty.

Facing Lech unable to produce a single real chance for a goal in the second half, Lechia was near the goal again in the 71st minute. Haraslin shot for a good save by Buric after a quick counter-attack with Flavio Paixao and Mladenovic.

One day after the match, Lech Poznan, now seventh in Ekstraklasa eight points from leader Lechia Gdansk, announced that coach Ivan Djurdjevic would not carry on in the club. Dariusz Zuraw will stand as interim coach.

Arka Gdynia lost their match with Pogon Szczecin 2:3 on Friday. As a result, they are again out the first half of Ekstraklasa’s table allowing Szczecin team move to the eighth place in the Polish championship.

Pogon gave the first warning in the 16th minute with a wide shot by Drygas. They got the lead in the next minute when Kozulj served Buksa who approached Arka’s box with no opposition and shot out of Steinbors’ reach.

Six minutes later, the referee noticed that Walukiewicz pushed Jankowski inside the box and decided that there was a reason for the penalty. Janota didn’t throw out the chance and scored the 1:1.

In the 35th minute, a quick move by Arka allowed Gdynia’s team to have the lead for the first time in the match. Young Mlynski saw Zarandia in a good position. The Georgian player was quicker than Matynia and beat keeper Zaluska for the 2:1.

Arka Gdynia could have even extended their lead on two occasions. In the 39th minute, keeper Zaluska made an extraordinary save for corner after a shot by Janota. This could well have been the 3:1 for the hosts.

The second good chance for extending the lead came in the 54th minute. Arka was near the goal again when Jankowski served unmarked Zarandia. The Georgian played well in Pogon’s box but then saw the woodwork rebounding his shot.

Pogon’s answer to Arka’s moves didn’t take long as Buksa, assisted by Majewski, got the equalizer three minutes later. It was a fantastic shot out of the box that Steinbors couldn’t stop.

The worse was still to come, however. In the 63rd minute, Steinbors was able to save a free kick by Majewski to the post but the ball went straight to unmarked Delev. With Steinbors on the ground, the Bulgarian forward found no trouble making the 2:3.

Arka had a great chance of getting one point in this match with a fantastic move three minutes before full time. With a back heel pass, Deja served Zarandia who avoided keeper Zaluska. The Georgian midfielder assisted Siemaszko but the shot was stopped by defender Walukiewicz.

With these results, Lechia has now 28 points in 14 games, one more than Jagiellonia Bialystok and two more than Legia Warsaw. Arka Gdynia is now ninth with 17 points, two points away from Pogon Szczecin, now in eighth place.