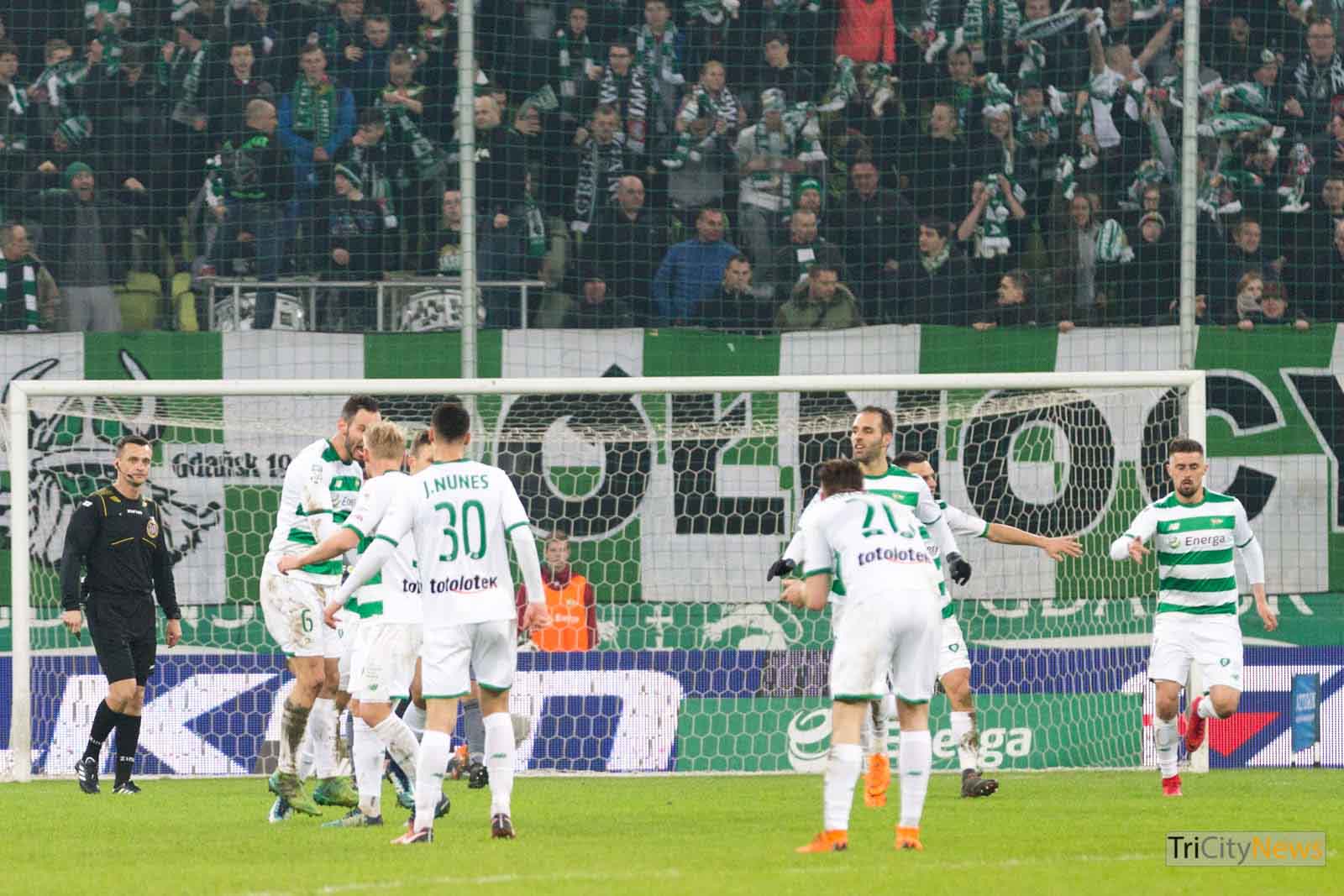 Lechia Gdansk - Legia Warsaw, photo: Luka Aliano/Tricity News
Tiago BrandãoAugust 29, 2018
0 Share
Share Tweet
With Jagiellonia and Lech losing their matches, Lechia Gdansk became the new leader of Ekstraklasa after a 2:3 win in Szczecin. Arka Gdynia lost their match and stay in the second half of the classification.

White and Greens benefitted from Jagiellonia Bialystok’s home defeat against expansion team Miedz Legnica (2:3). The other team from the top of the table, Lech Poznan, lost against Zaglebie Lubin (2:1). As a result, Lechia got the first place in Ekstraklasa with 14 points, two more than Jagiellonia and Lech.
Although Lechia was a favorite for this game, it was Pogon that got the lead in the 41st minute. After a corner, Flavio Paixao deflected Fraczak’s header. In the re-take, Drygas successfully headed to the goal scoring the 1:0.

Four minutes into the second half, Lechia managed to get the draw. Haraslin took a shot inside the box that keeper Zaluska couldn’t stop. Additionally, Lechia quickly got the advantage in the 49th minute when Steven Vitoria scored after a cross from Mak.
However, in the 66th minute, Pogon reached the equalizer when Mladenovic touched the ball with a hand inside the box after a cross by Stec. Drygas didn’t fail from the 11-meter line and scored the 2:2.
Three minutes later though, Lechia put themselves on the lead again. Chrzanowski took advantage of an incomplete save by Pogon’s keeper after Haraslin’s free-kick to lob the ball out of Zaluska’s reach to make the final 2:3.
In the last seconds of added time, Pogon was very close to 3:3, but Drygas’ shot hit the post. It could have been a hat-trick for Pogon’s forward.

In Kielce, Arka lost 2:1 against Korona on Friday. This result kept Gdynia’s team in the second half of the classification with six points in six games.
Korona gained an advantage in the 16th minute. After a corner, Elia Soriano took advantage from the fact the Steinbors wasn’t able to block the ball after the first shot by Zubrowski and got 1:0. Arka tried to reach the equalizer on the stroke of half-time with a great shot Zbozien that keeper Hamrol was able to stop.

In the 50th minute, Aankour was also close to scoring for Arka after a great play. In the 65th minute, Jukic shot for Steinbors’ incomplete defense. Janjic received the ball and had no trouble scoring the second for Korona.
Gdynia’s team was still able to reduce Korona’s advantage in the 77th minute after a penalty kick by Zbozien. The penalty was a result of pushing Helstrup in the box. Three minutes from time Kolev had a good chance to get a draw for his team, but Hamrol made an effective save.
In added time, Korona had yet one more opportunity for a goal. Mozdzen shot near the post but Steinbors managed to save.