Lechia Gdansk first despite the defeat, Arka in the relegation zone 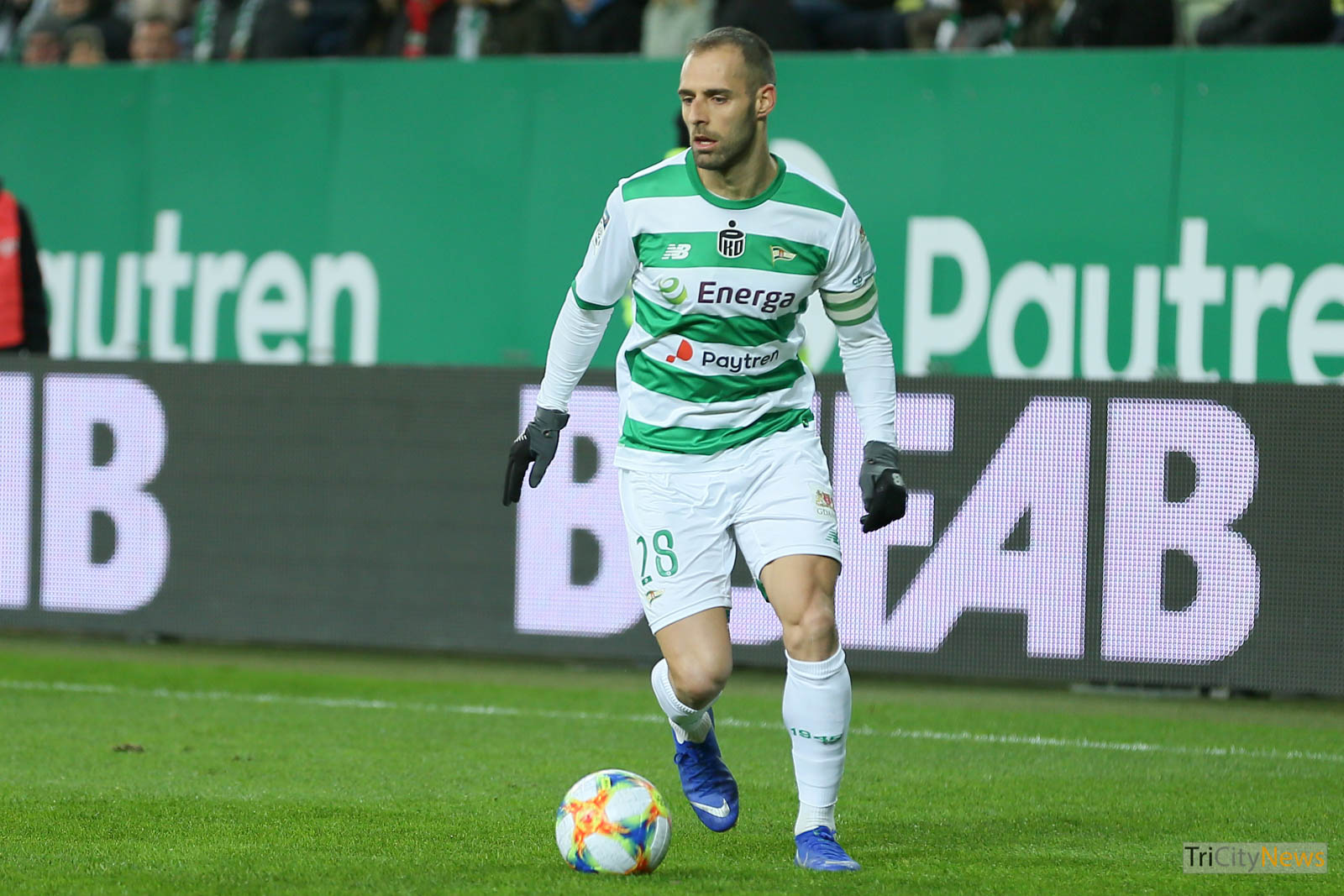 A defeat with Cracovia didn’t stop Lechia to finish the regular season in first place in Ekstraklasa. Lechia and Legia are now equal in points but Lechia has the advantage of receiving Legia at home in championship play-off. Arka got its third draw in a row and will start relegation play-off in relegation places.

Lechia Gdansk managed to complete regular season in the first place of Ekstraklasa in spite of a 4:2 defeat this Saturday in Krakow with Cracovia that meant that both first and second Legia Warszawa (won over Pogon Szczecin at home) will start championship play-off with 60 points.

After getting to Polish Cup final, leader Lechia started the match better and Flavio Paixao returned to the goals with a successful header at the 17th minute after a corner by Mladenovic. The Portuguese only scored two goals since winter break and his last goal was one month ago. However, Cracovia didn’t let Lechia’s advantage affect itself and was well in time to invert the result. On the 35th minute, Cabrera scored from a penalty after Fila deflected with the hand a ball shot by the Spaniard.

Five minutes into the second half, a quick counter-attack by Cracovia ended with the advantage for the home team. Cabrera served Hanca on the right side and the Romanian discovered Piszczek on the center of the box. Piszcek, with a header, made the 2:1.

On the 59th minute, Cracovia benefited from the fact that Vitoria wasn’t able to clear the ball after the first shot by Dimun. Airam Cabrera, in the right place, got the ball and made his second goal in this match sending the ball under keeper Kuciak legs.

Dimun, on the 61st minute, still forced Kuciak to a great save and things became even worse for Lechia when substitute Hernandez scored the 4:1 on the 70th minute with a stunning free kick that Kuciak wasn’t able to stop.

Lipski, served by Kubicki, still made the 4:2 three minutes before the final whistle but that wasn’t enough to prevent Legia from starting championship play-off with the same points as Lechia. However, Ekstraklasa leaders will play with Legia at home in this playoff.

In Gdynia, Arka collected its third draw in a row after a 1:1 draw at home with Miedz Legnica and fell to relegation places as Wisla Plock won at Zaglebie Sosnowiec, in a game between the two last teams in Ekstraklasa.

After a first half almost with no chances for goal, Arka Gdynia, now with new coach Zielinski, got the advantage on the 56th minute when Janota scored from a penalty. Elton Monteiro fouled Kolev inside the box. Arka would lose Kolev minutes later as the Bulgarian forward left the field with a contusion.

The game progressed with no bigger chances for goal until substitute Joan Roman, one minute before added time, shot from to upper angle of Arka’s goal with great style making the 1-1, a result that left Arka Gdynia in the relegation zone for the first time this season.

With this result, Arka will start relegation play-off with 29 points, one point less than Wisla Plock, two less than Gornik and Slask and three less than Miedz. Wisla Krakow, with 42 points, Korona Kielce, with 40, and Zaglebie Sosnowiec, with 24, are the other teams in this play-off.