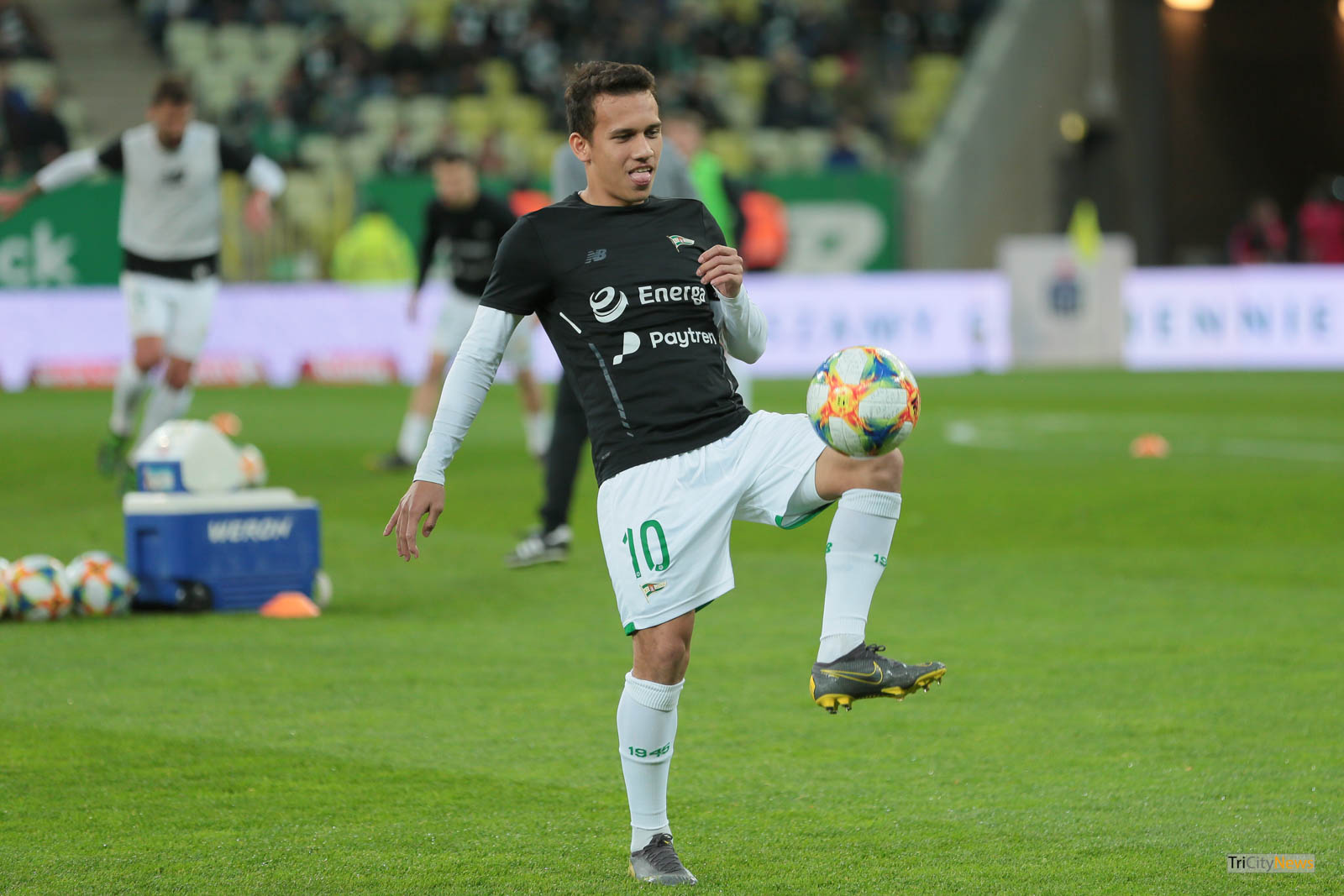 Egy Maulana Vikri was the surprise in Lechia’s first home game in the championship. The Indonesian was in the starting 11 for the first time in an official league game for the White and Greens. Arka collected its second defeat in the two games this time in Szczecin.

Lechia Gdansk again did not get better than a draw on Polish championship with another 0-0. This time it was at home against Wisla Krakow in a game where the surprise came with Indonesian Egy Maulana Vikri being for first time in an official game for the White and Greens.

After not being again an option in the first round of the championship against recently promoted Lodz, as it happened throughout last season, Egy played the first part of Sunday’s game being replaced in the second part by Kubicki.

Lechia, who also fielded Kobryn and Chrzanowski for the first time in the team, saw Jean Carlos creating the first interesting move of the match with a strong shot that keeper Alomerovic (came in the Kuciak’s place) could easily stop on the 13th minute.

On the 22nd minute, Gajos, with a splendid free-kick, hit the bar for Lechia and, eight minutes later, Wojtkowski reacted in the same for Wisla with another ball to the bar with a shot out of the box out of the reach for Alomerovic.

Lechia appeared twice with danger at the end of the first half near Wisla’s goal, but first Nalepa’s shot was blocked by the away defense at the 42nd minute and, three minutes later, Makowski’s shot was easily stopped by keeper Buchalik.

In the second half, Wisla could have got the goal on the 59th minute after a shot by former Lechia player Michal Mak. However, Alomerovic was quick to deflect the ball to avoid that Drzazga would make the final shot. On the 84th minute, Gajos still tested Buchalik attention but the result would not change until the final whistle.

The 19 years old attacking midfielder is one of the Guardian’s 60 world’s most promising football players. With this, as well as his great performance in the U-19 national team of Indonesia, he has become his nation’s favorite. Egy joined Lechia Gdansk in 2019 on the basis of a free transfer. Step by step, he is getting closer and closer to the first team. His presence in the opening eleven shows that coach Piotr Stokowiec appreciates his progress.

On Monday, Arka Gdynia’s luck didn’t change in relation to Ekstraklasa’s first round. Tricity team collected the second defeat in two games with a 2-0 result away in Szczecin, in a game where the away team fielded new players Serrarens, Antonik and Busaladzic in the initial team.

Although playing with three new players and after a 0-3 defeat with Jagiellonia, Arka had a good start with good shots by Aankour and Antonik in the first 15 minutes against a Pogon Szczecin that rarely caused major concern near Steinbors’s goal in the first half.

Busuladzic tested keeper Stipica’s attention right on the start of the second half, but the biggest opportunity for Arka came at the 58th minute when Nalepa made an extraordinary pass that left Antonik face to face with Pogon’s keeper. Nevertheless, Antonik allowed Stipica to deflect the ball to the corner.

On the 76th minute, in a free-kick, Pogon reached the advantage by Kozulj in a strong shot to which Steinbors was unable to react but Arka almost the perfect chance to get one point from the game in added time.

Substitute Shkirtladze received a long pass and was pushed by Triantafyllopoulos inside the box. The referee still prepared everything for Arka’s penalty but then after consulting VAR saw that Shkirtladze touch the ball with the hand before being pushed by Pogon’s player.

Without the penalty, Arka, the only team with zero points in Ekstraklasa, still was in time to suffer another goal when Spiridonovic took advantage from a poor Arka’s defensive job to make the 2-0 in the seventh minute of added time.

Next round for Arka and Lechia

Next Friday, Arka Gdynia receives Korona Kielce at home to try to get its first points in the championship and, on Sunday, Lechia goes to Plock to try to conquer its first victory in Ekstraklasa. Meanwhile, on Thursday. Lechia plays in Copenhagen with Brondby attempting to reach the third qualifying round of Europa League where Portuguese Braga will be the opponent.