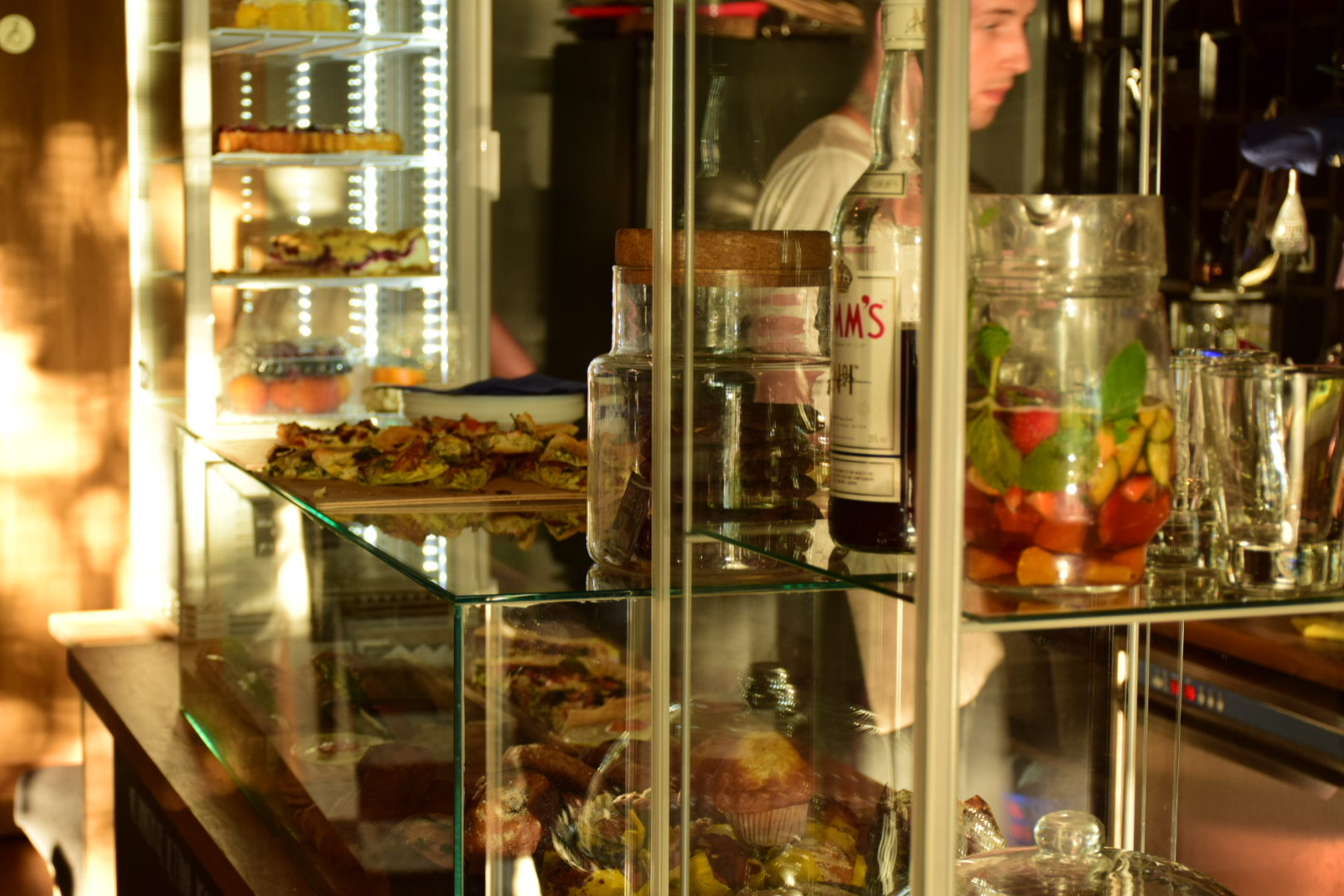 We had a pleasure to join Kofeina cafe on 41 Abrahama street in Gdynia at their anniversary event on the 23rd of June. At 6 p.m. “Teddy Picker” (originally performed by Arctic Monkeys), played by the local artist Lukasz Fudala resounded through the open door of the coffeehouse. An inconspicuous café in a quiet corner of a street started to attract people with the sound of an acoustic guitar and a warm, homely atmosphere. During the 3rd anniversary of the café, guests visiting this place had an opportunity to try 3 different types of pies (including 2 vegan ones) with vegetables and awesome champagne. They could also try a very British special – Primms, which since now will be available forever in the menu.

Kofeina normally is a social meeting place. It came to existence thanks to the initiative of Agnieszka Kaminska. After a few years in Great Britain, she decided to fulfill her dream – return to Poland and spread her knowledge about coffee. 3 years later, her dream became a cosy café in a centre of Gdynia. It has its regular customers and attracts people with a warm climate and a family atmosphere. There are many occasional events, workshops, and meetings with people with various passions. People can listen to music here or watch films displayed on the wall on the second floor. For nature-lovers Kofeina has seats outside on a small terrace full of flowers. It is also a place, where customers can read and exchange their books (it works like the book-crossing point).

“This is our mission to bring people together” – emphasizes Agnieszka.

Below, you can read a fragment from the interview with Agnieszka Kamińska:

Question: Why this place?
Agnieszka: It was always my dream to open a coffee shop and I spend… well, I actually lived in the UK for 10 years, so that was where I started thinking of hospitality and when I’ve learned everything I know about coffee. It was my dream to come back to Poland to do something to educate people about coffee. I’ve been looking for a location for over year and once I found it, I decided “This is it!”.

Question: And you’ve got many events here, like meetings of groups that want to make a change, for example, zero-waste, to encourage people to do things, also some workshops and events connected mainly with society, awareness, volunteering…
Agnieszka: Yeah, well, this is our mission, to bring people together. That’s why we’ve got this offering because we have this amazing location with a second floor, which is very spacious and allows us to organize many events. We would like to bring people and the variety of different events makes us actually to meet different people

Question: And so, today is a special day?
Agnieszka: Yeah, it’s the third anniversary and we’re very happy that we made it, actually. We’ve managed to be on a market for 3 years, it’s not easy.

Question: What is planned for today?
Agnieszka: Well, from the very morning we met, like, all the Kofeina stuff. We spent time together, prepared some taster, so you can actually try, what we have usually in our menu, which is savory tarts, and there is a glass of champagne and also something very, very British, which is Primms.

Question: And the live music
Agnieszka: His name is Łukasz Fudala and he was a guitar player and singer that we met on Gdynia’s boulevard a few years ago. We thought he was really, really good, so I put my business card into his guitar box and a few days later, he called me and I asked: “do you want to play in Kofeina from time to time?”. So he did, he said “yes” and it was two years ago now. Since then we have him playing occasionally on our special events. He’s very, very good.