Impossible is nothing – an incredible comeback of Arka Gdynia 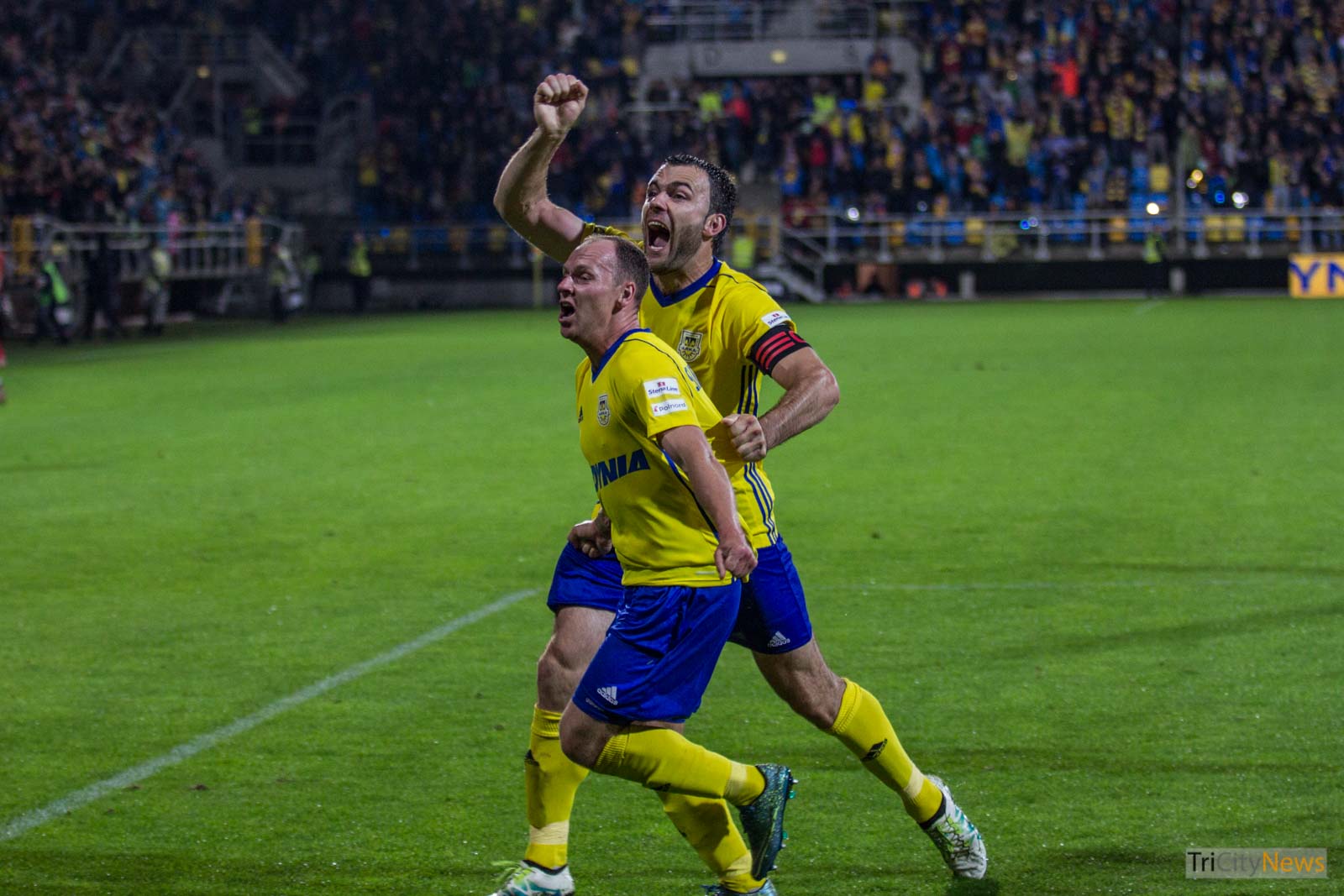 On Thursday evening Arka Gdynia won against Slask Wroclaw and is going to play in 1/8 of the Polish Cup. Coach Ojrzynski let some of his players rest and decided to make many changes in the first eleven. Over 6500 fans gathered at the City Stadium in Gdynia saw debut performances of Krzysztof Pilarz (goalkeeper) and Frederik Helstrup (defender).

In the first half Arka seemed to have a full control over the game. They were wisely creating many offensive actions finished with multiple shots. But the result remained unchanged. In the 28th minute Arka got a free kick and Mateusz Szwoch (who came back to Arka few days earlier) tried to surprise Slask’s goalkeeper but with no result. Slask was clearly waiting for their chance to counterattack. They got it in the 42nd minute – after a corner kick Mariusz Pawelec surprised Arka’s defense and defeated Pilarz. Arka was clearly still in shock as two minutes later Slask was leading 0:2 after Pilarz’s terrible mistake. Half-time surprising result 0:2.

Despite the adverse result from the beginning of the second half, Yellow&Blues were showing a lot of determination and faith in the promotion to the next round. Arka had even more goal opportunities than in the first half. In the 48th minute Marciniak, 4 minutes later Sobieraj and later Kriwiec tried, but their shots were inaccurate or blocked by Slask defense. In the 58th minute, 18 year old Szymon Nowicki made his debut for Arka. Playing boldly and leveling up to his older colleagues, he made a very good impression. Arka was getting closer and closer to Slask penalty area which paid off in the 63rd minute. After a corner kick from Mateusz Szwoch, Damian Zobozien shot a beautiful header and gave Arka Gdynia their first goal and the hope. Arka got right back on the horse and two minutes later it was 2:2. Jazvic received the ball from Szwoch. He passed Slask’s two defenders and with a great cross found Rafal Siemaszko, who scored the second goal for Arka. Yellow&Blues were clearly hungry for more. Siemaszko and Jazvic had few more chances but the result remained unchanged.

At this stage of the Polish Cup there are no rematches and only one of the two teams could have gone through to the 1/8. In the 96th minute Kosecki was in Arka’s penalty area but his shot was saved by Pilarz’s instinctive intervention. With this he definitely repaid the 43rd minute mistake. Few minutes later Arka was finally leading. Yellow&Blues got the ball close to Slask penalty area. Krivets passed the ball to Yannick Sambea, who defeated Slowik with a powerful shot. As a result, he gave Arka the 3:2 lead. This result was not enough for ambitious Yellow&Blues who were not planning to focus on the defense only. They were still attacking. In the 110th minute Rafal Siemaszko received a pass from Michal Nalepa and defeated Slowik with an impressive header. After that, Arka was leading 4:2. Yellow&Blues deservedly won and will play in the 1/8 of the Polish Cup against Podbeskidzie Bielsko-Biala.

On Sunday at 15:30 Yellow&Blues will play an away game against Gornik Zabrze in the 5th round of Ekstraklasa. Next Saturday Arka will face Pogon Szczecin in Gdynia – tickets will be on sale soon.