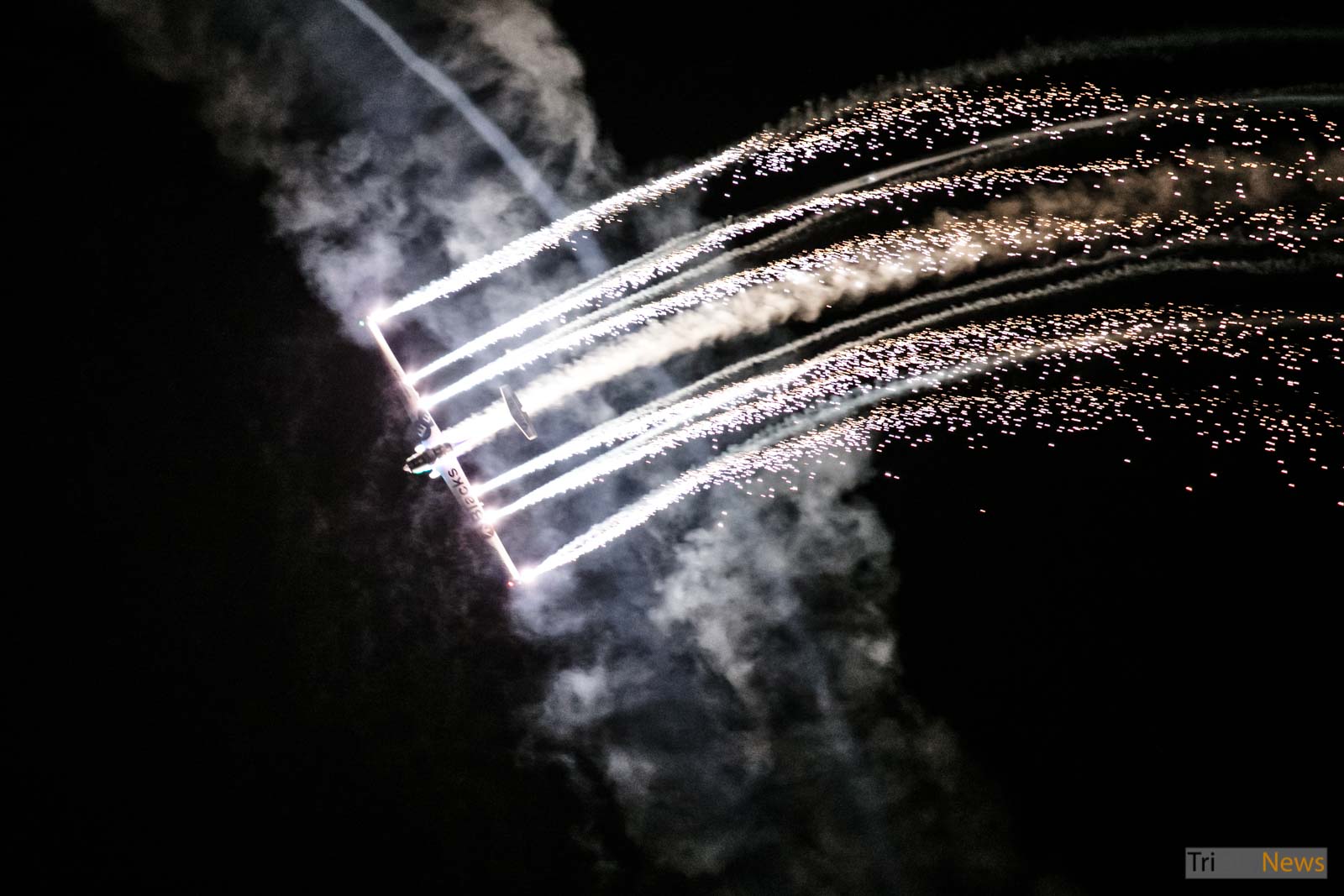 Last year, the citizens of Tricity as well as a huge number of guests enjoyed a spectacular airshow. Gdynia Aerobaltic presented a program which fascinated many. Some of the best pilots and aerobatic groups in the world presented their skills during day time and night shows. Today we know that this event will repeat in 2018. Tricity News was today at the conference where we got to know more details about the upcoming event.

Last year’s event gathered a huge crowd of spectators on the beach in the centre of Gdynia. According to the organizers more than 200.000 people came to enjoy the air show. They could admire not only the pilots and their skills, but also breathtaking laser and firework displays. The city benefited a lot from the event too. According to the organizers most of the hotels had no free rooms. This shows how many guests visited Tricity to attend the event. Vice president of Aeropact, Hubert Topolinski underlined how important the cooperation with the city authorities is.

During the press conference, Sebastian Gollus, the head of the board of Aeropact revealed some details about the next edition. The event will take place in the weekend of 17th to 19th of August. This time however the organizers are planning much bigger and much more spectacular event. On Gdynia Aerobaltic 2018, the spectators will visit two places. The main part of the event will be on the beach in Gdynia. The crowd will enjoy aerobatics performed by skillful pilots. However the surprising and a very interesting fact is that the spectators will also visit the airport in Gdynia. The organizers plan to build a special infrastructure there. This will allow the fans to see airplanes, meet with the pilots and enjoy a lot of attractions.

An additional treat for the visitors is the fact, that next year Polish Air Force celebrates 100 years. We can count on many attractions connected with this anniversary, although the organizers didn’t want to unveil too much yet. What we already know though, is that the city prepares a special transportation for the crowds visiting Gdynia Aerobaltic 2018. You will need a ticket to get to the airport area, but the organizers promise it won’t cost more than 20 PLN. We hope they will keep this promise.

The last announcement we have is the information about the first formation which will take part in Gdynia Aerobaltic 2018. During the press conference we met Alessandro Scorrano, the representative of Baltic Bees Jet Team. The formation performs spectacular aerobatics using L-39C Albatros aircrafts. Their jets can reach the speed of maximum 900 km/h, and they perform tricks at the speed of 800 km/h. The group has already visited Poland twice in the past, always making a huge impression on the spectators.

Alessandro underlined, that the plans for Gdynia Aerobaltic 2018 sound like an amazing format and they are very excited to be a part of it. In Gdynia, the group is going to present a spectacle mixing the formation and solo aerobatic choreography. We are looking forward to this event as well as to share with you more information about this exciting event.