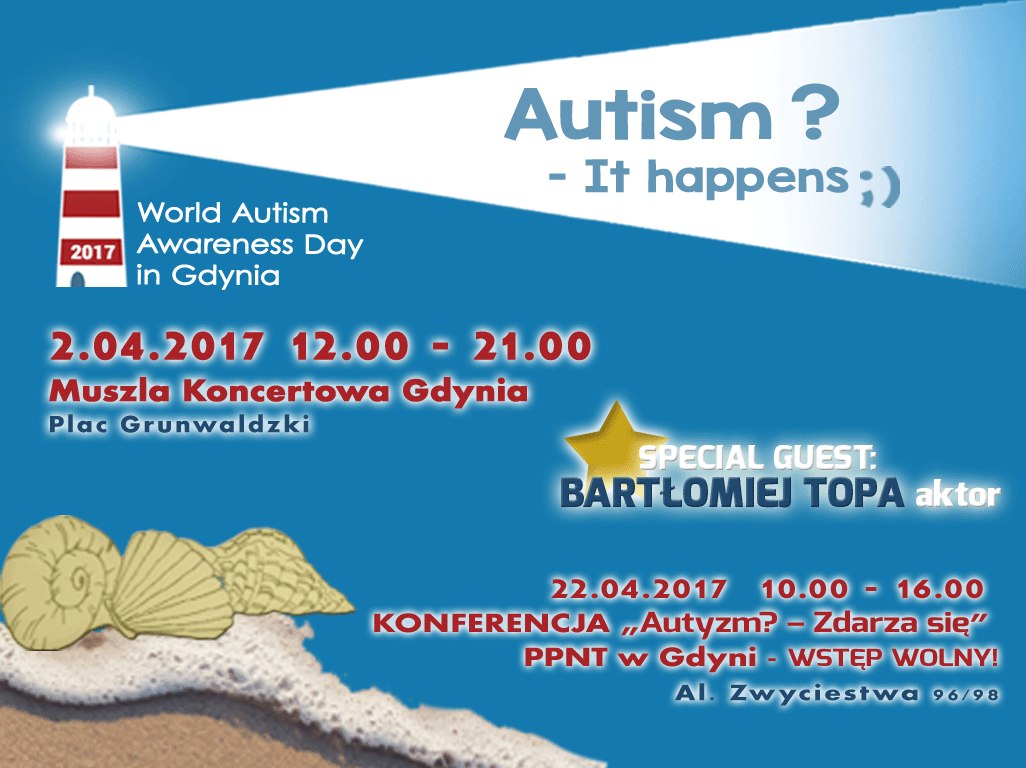 The second day of April is World Autism Awareness Day. On this very day, the Autism Gdynia organization is preparing a special program in Gdynia.

World Autism Awareness Day was established in 2007. In this year, the United Nations General Assembly adopted a resolution announcing April 2 as WAAD. This is one of four official health-specific United Nation’s Days. The main objective of the global observance of WAAD is to attract public attention about the disorder, which affects tens of millions of people worldwide.

Autism – what is it?

Autism is a neurodevelopmental disorder. It results in problems with social interaction and communication. Parents can notice the signs in the period of first two years of child’s life. There are many factors which may cause the disorder. It is a combination of genetic and environmental reasons. Additional problem is that scientists are still working on discovering and restraining all factors causing Autism.

Globally Autism affects approximately 21.7 milion people. 31.1 million more suffer because of Asperger syndrome. According to Synapsis foundation, more than 30.000 people with Autism live in Poland. The awareness of the society about the disorder is very low. As a result people with Autism have problems with getting an education or a job.

Since 2014, Autism Gdynia organizes the observance of World Autism Awareness Day in Tricity. Consequently more and more people get to know about the topic and can adjust their points of view on the topic.

The program of this year’s observance of WAAD in Gdynia

12:00 – Blue March for Autism. Parade going from the Town Hall in Gdynia, through Świętojańska street to Grunwald’s place (Plac Grunwaldzki). The parade will be accompanied by the Boarder Guard’s orchestra.

Around 19:00 the stage at the place and Info Box building will be illuminated in blue as a symbol of support for World Autism Awareness Day.

Many other attractions await those who will come to the place to take part in World Autism Awareness Day. Wearing something blue is highly recommended and welcomed!