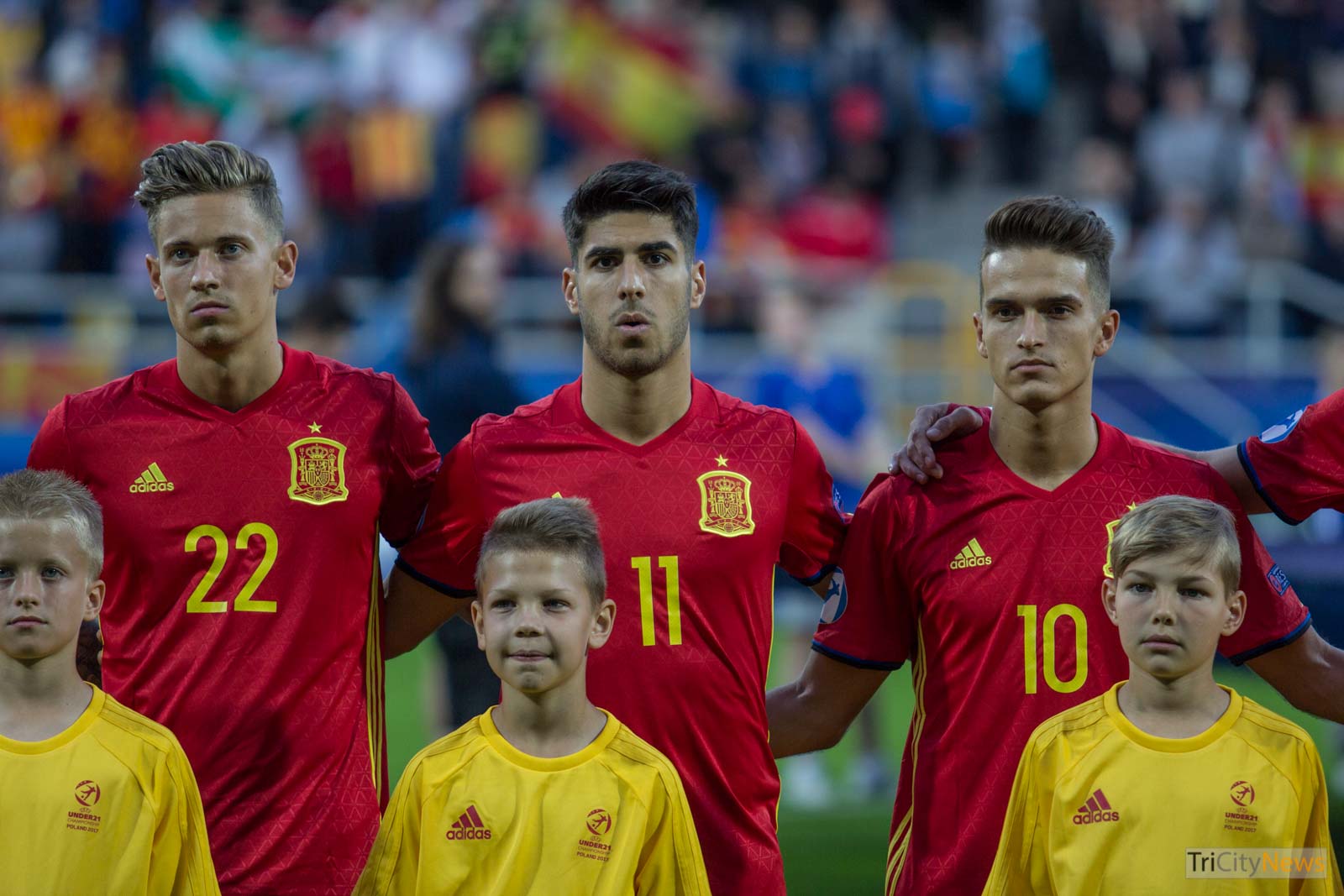 Marco Asensio, Niguez and Deulofeu on the Spanish side come after a comfortable win over Macedonia. They won 5-0 in their first game in Group B. Portugal, with names like Renato Sanches and Goncalo Guedes, were also winners in the first round. Now they face each other with a place in semis in sight.

Spain and Portugal will face each other on Tuesday at 20:45 in UEFA Under 21 European Championship. This will certainly be a decisive to define the first place in Group B. One of the teams will also qualify to the semi-finals of the tournament.

After comfortably winning over Macedonia by 5-0 in their first game, Spain face vice-European champions – Portugal. The second game in the group will be a match between two of the favorites in this tournament.

Real Madrid’s Marco Asensio gets to this game as one of biggest stars of his selection. Spanish press compared him already with former Spanish great Raul. The Spanish legend also scored a “hat-trick” against Macedonia in 1995 for Spanish Under 21. Atletico Madrid’s Saul Niguez, first Spanish goal scorer, and Gerard Deulofeu, that was recently lent to AC Milan and who scored the third goal for Spain, are other the stars of “La Roja”.

On the other side, there is a very competitive selection as well. To name some, Bayern Munich’s midfielder Renato Sanches, that only played second half against Serbia, and PSG forward Goncalo Guedes, one of the best Portuguese in Saturday’s game.

Coaches about the match

Spain’s coach already underlined that he is happy after winning Macedonia. He also said though, that the game with the Portuguese will be “complicated” as, for him, Portugal “is maybe the best team in European Championship”.

Speaking on Sunday before training, Portuguese Joao Cancelo referred that not only Asensio makes the success of Spain Under 21. He also underlined that all Spanish team “developed technically”, and Spanish players are already in Europe’s best clubs. “But we have good players and a very strong group”, added Portugal right-back, who says that game with Spain “is not decisive but very important”.

There are no more tickets for the game between Spain and Portugal.