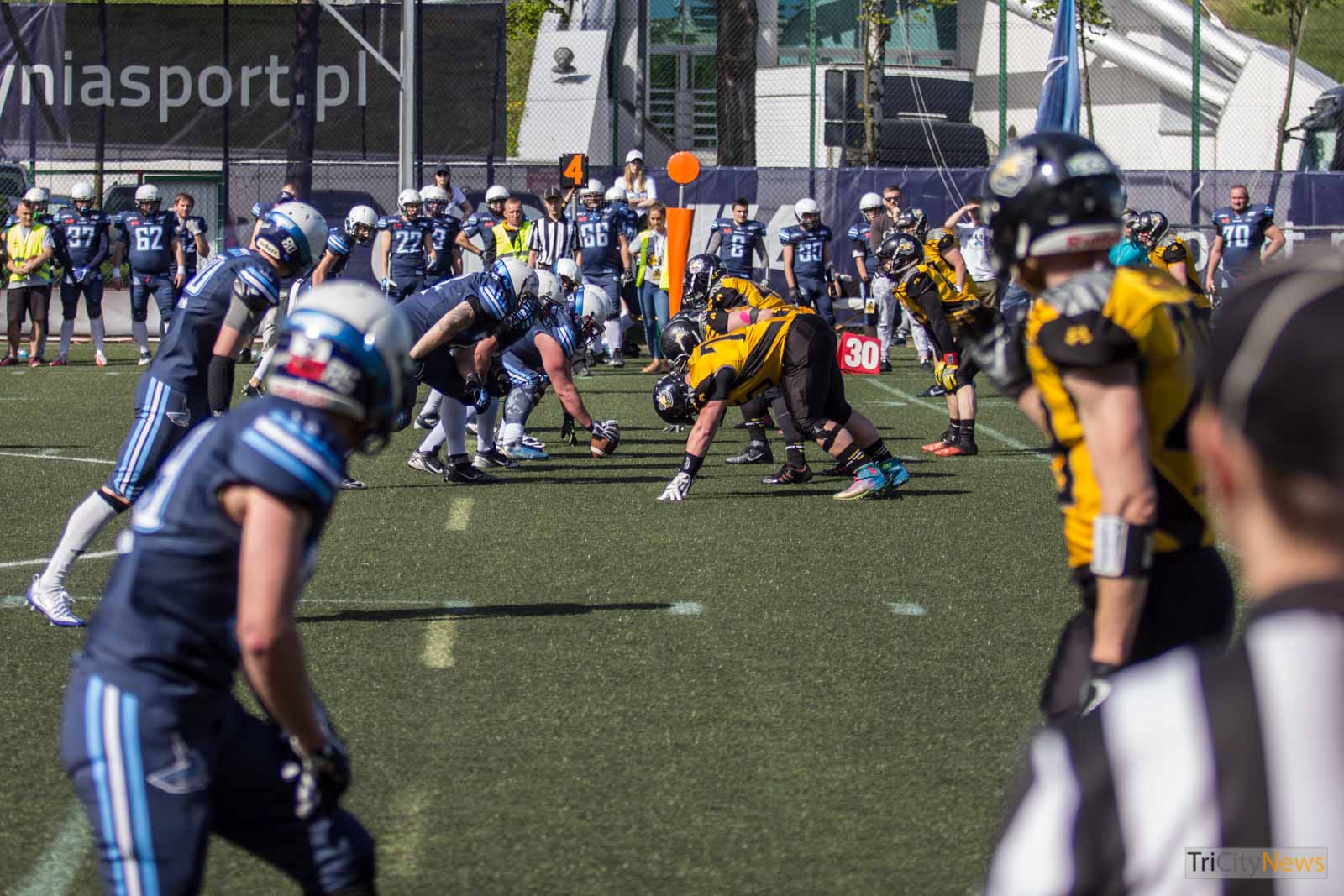 In the last chance to get into play-off round of American Football League, Seahawks Gdynia will face Warsaw Sharks. The stake is high, as the winner gets the wildcard allowing to play in play-offs. The match will take place in Sopot this time due to renovation works at Seahawks’ home nest.

In November 2017, new American Football League (pol. Liga Futbolu Amerykanskiego) came to existence in Poland. The league gathers 20 teams in 2 competition levels. The biggest and the best teams play within LFA 1. Teams divide into three groups depending on their level and achievements. The strongest group A consists of Panthers Wroclaw, Seahawks Gdynia, Lowlanders Bialystok and Tychy Falcons. Group B are Warsaw Sharks, AZS UMW Olsztyn Lakers, Rhinos Wyszkow and Angels Torun. Krakow Kings, AZS Silesia Rebels, Wilki Lodzkie as well as Patriots Poznan are going to play within Group C. After matches in the main part of the season, the best teams will enter the cup phase of the season.

Two best teams from Group A automatically advanced to semi-finals of the league. Teams 3 and 4 from the best group are going to fight for Wild Cards with winners of groups B and C. The final of the league will take place in Wroclaw at the end of July.

Everyone is wholeheartedly invited to come and see Seahawks Gdynia fighting for entering the cup phase of the league. Entrance is free.

Due to renovation works at the National Rugby Stadium in Gdynia – the home nest of Seahawks, the match will take place in Sopot. We invite supporters to come to Ogniwo Sopot stadium, at Jana z Kolna 18 in Sopot.