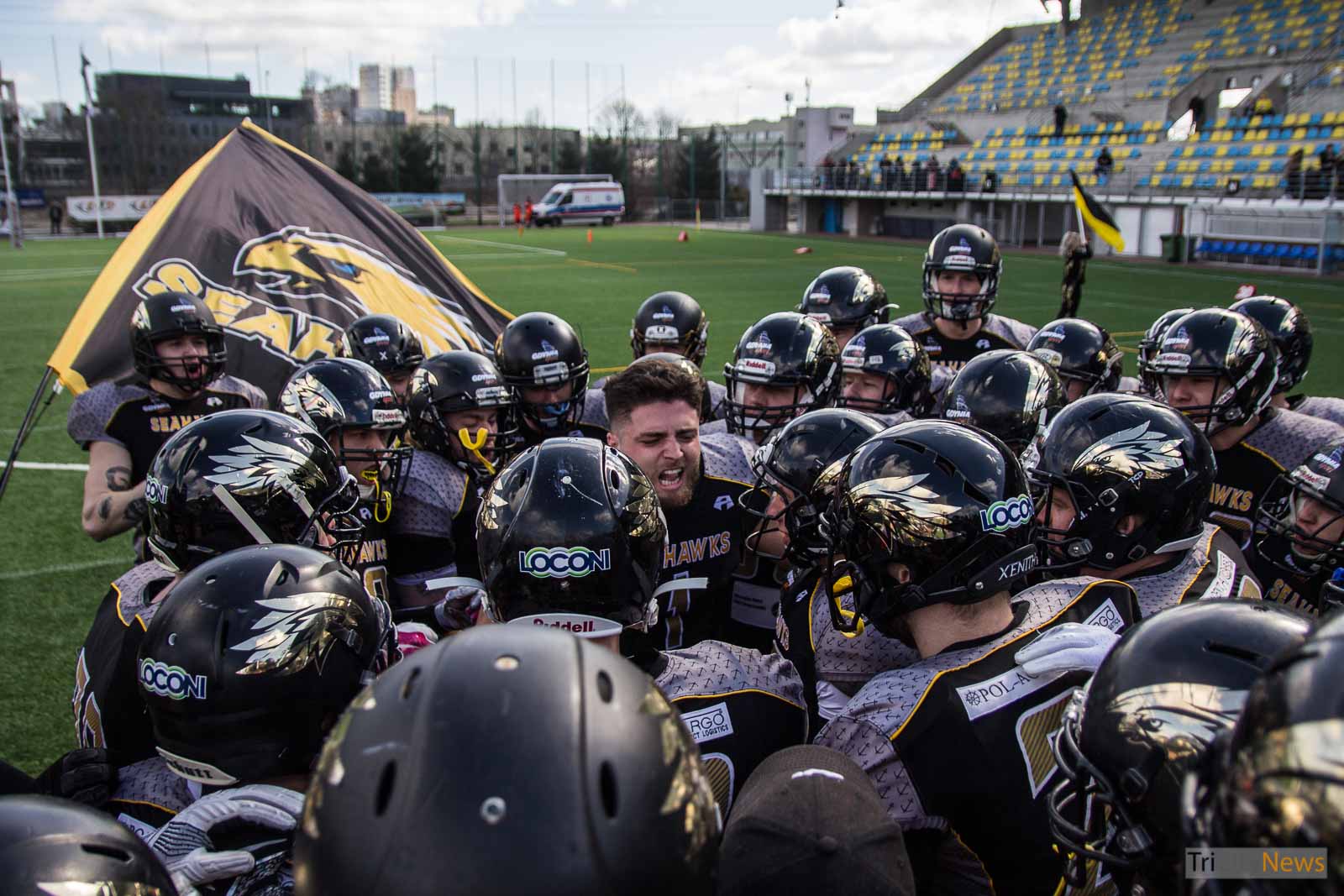 Tricity News has a pleasure to invite for the first home game of our partners – Seahawks Gdynia. In the sixth round of LFA1 (American Football League), Black & Yellows will face Panthers Wroclaw. This game has been the “Polish Derby” in American Football for many years. Also this time, the game will definitely bring lots of emotions.

A good opening of the season

After a very good away match in Lodz, Seahawks Gdynia has shown they are ready for 2019 season. With a 07:62 win against the Wolves, and a great first home game against Tychy Falcons, they gave fans high hopes for the upcoming games. The winning streak continued until the team from Tricity traveled to Bialystok. Despite the single defeat against the current champion of Poland, Seahawks Gdynia are still on the first place in the northern division.

Seahawks Gdynia are the most titled team in Poland. The team won Polish Championship three times in history (2012, 2014 and 2015). Four other times Seahawks played in the final of the league coming in second place. The history of the club dates back to 2006 making it one of the oldest American Football teams in Poland. With many changes during the offseason, Seahawks Gdynia are now ready to fight for the highest goals again.

The entrance for the game costs 10 PLN for an adult and 5 PLN for students and school kids. Pre-school kids enter the stadium for free with their guardians.

Tickets are available at the entrance to the stadium on the gameday as well as online through ticketik.