Mark Knopfler – DOWN THE ROAD WHEREVER TOUR in Poland! 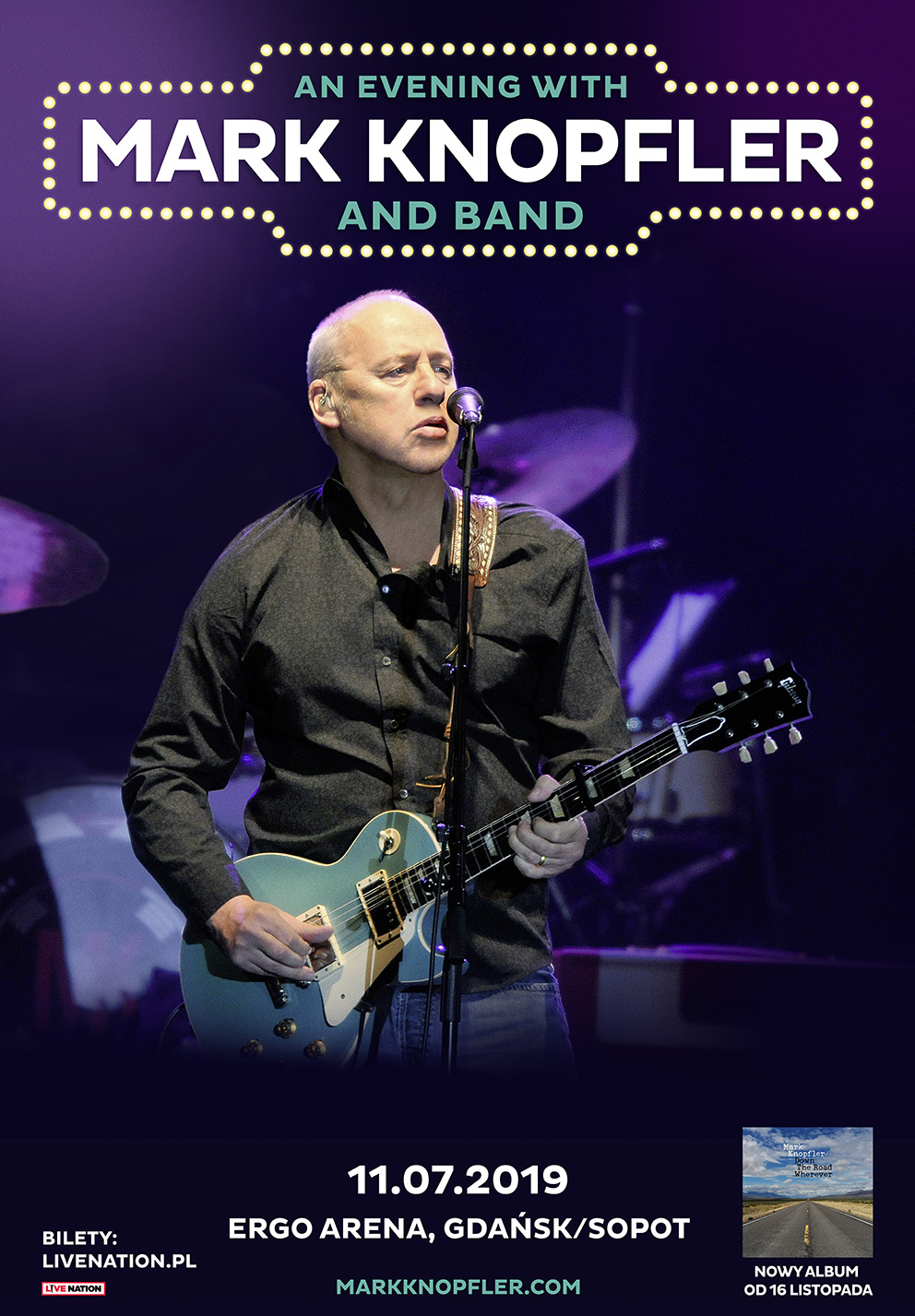 Mark Knopfler, one of the most recognizable artists of all time, announced a world tour with his band for 2019. The route “Down The Road Wherever” will begin in April in Barcelona and will continue throughout Europe. The artist will play in Tricity on the 11th of July. Finally, the last concert in this part of the tour will be the show in Verona at the end of the month. In August and September, the route will visit the United States. 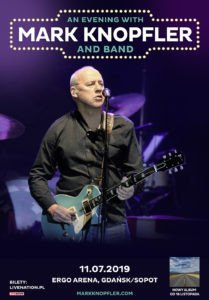 Mark Knopfler – Down The Road Wherever

The album “Down The Road Wherever” contains 14 elegant, new pieces of Knopfler inspired by the whole spectrum of topics from his life. Mark and his band will play selected new songs during the concert tour, as well as those well-known from the previous achievements of the Artist. We can also count on one or two surprises from distant corners of his repertoire.

The artist will perform two concerts in Poland. The first of them will take place on 10 July 2019 in TAURON Arena Kraków, and the second on 11 July 2019 in ERGO ARENA, GDAŃSK / SOPOT.

Tickets
You can find tickets on www.livenation.pl and in Ergo Arena tickets office no. 2. The prices begin from 150 PLN.