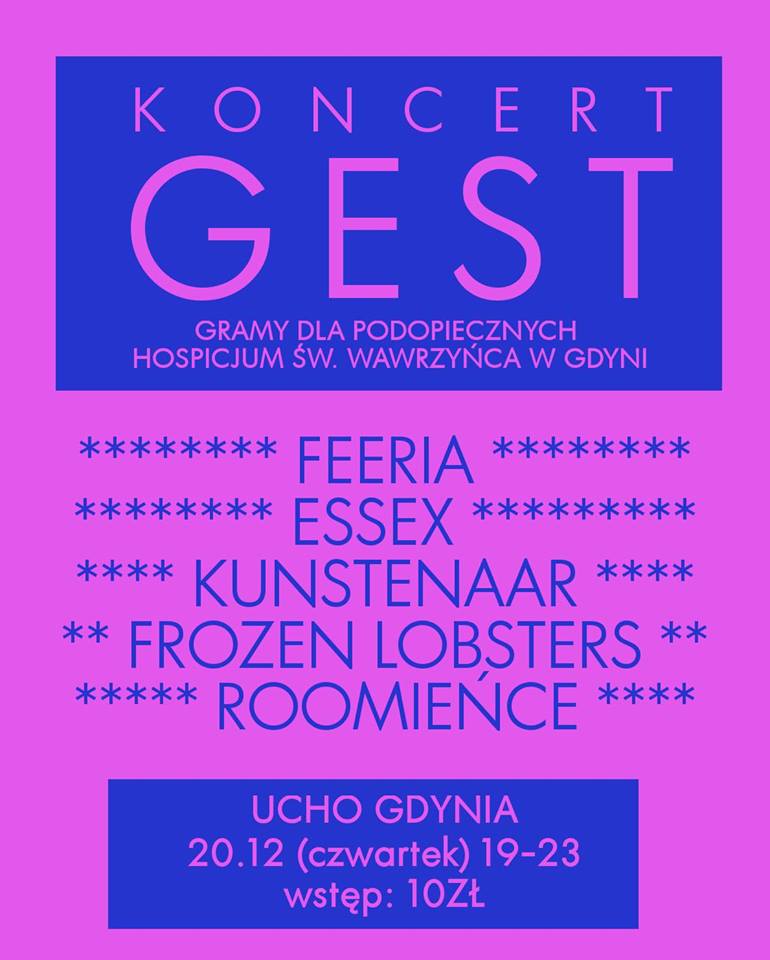 Students of the High School number VI in Gdynia organize a charity concert to support the proteges of St. Lawrence’s Hospice. Young bands from Tricity will perform in Ucho club in Gdynia to raise money for a charity cause.

The Student Council of the High School number VI in Gdynia organize “Gesture” concert to help those in need while having fun. This is why, on the 20th of December, they invite everyone to come to Ucho club in Gdynia for a charity concert. The organizers will pass all funds from the tickets for supporting St. Lawrence’s Hospice in Gdynia.

The organizers have gathered the most talented artists from high schools in Tricity. The crowd will have an opportunity to hear Roomience, Kunstenaar, Essex, Frozen Lobsters and Feeria. It is definitely an interesting possibility to both hear the young talents from Tricity and to support the good cause.

The hospice operates since 1987 and it takes care of terminally sick as well as their families. Each they, the society takes care of some 200 sick people. Throughout the 30 years of their activity, nearly 15 thousand patients found help in the hospice.

Tickets for the concert cost 10 PLN. All of it goes for supporting the hospice. Tickets will be available at the entrance to Ucho club in Gdynia.