Art on Ice with James Blunt in Ergo Arena 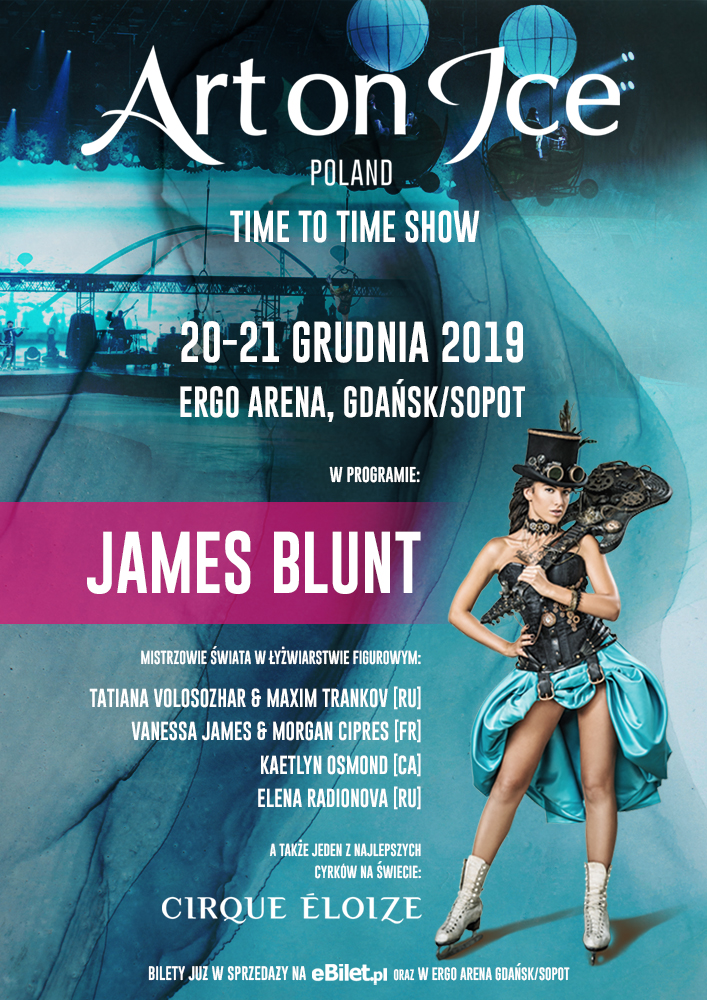 On December 21st, only a few days after the global premiere of a new album, James Blunt will perform during Art on Ice – an exceptional ice-skating show in Ergo Arena.

Art on Ice is a magic experience that contains, for example, dancing on ice by figure skaters as well as breathtaking performances by circus artists. Moreover, viewers can expect beautiful costumes as well as advanced visual arts setting (and above all James Blunt’s incredible singing from a zeppelin).

This year’s show entitled ‘Time to Time’ is about looking for true love in different times and dimensions. After two hours of the wonderful performance, viewers will see if characters can find themselves again.

Tickets cost 199 PLN and above.

James Blunt – famous singer for his romantic ballads, such as ‘You’re Beautiful’, ‘Postcards’, ‘1973’, ‘Bonfire Heart’. British vocalist will perform only a few days after the global premiere of his new album.

Cirque Eloize – one of the best circus in the world with fans from Broadway in New York to the West End in London. This circus has performed more than 5500 times in 550 cities for 3.5 mln viewers. During the last 20 years, artists create unforgettable performances to incorporate what’s the best in theater, circus, dance, and music in an extraordinary way.