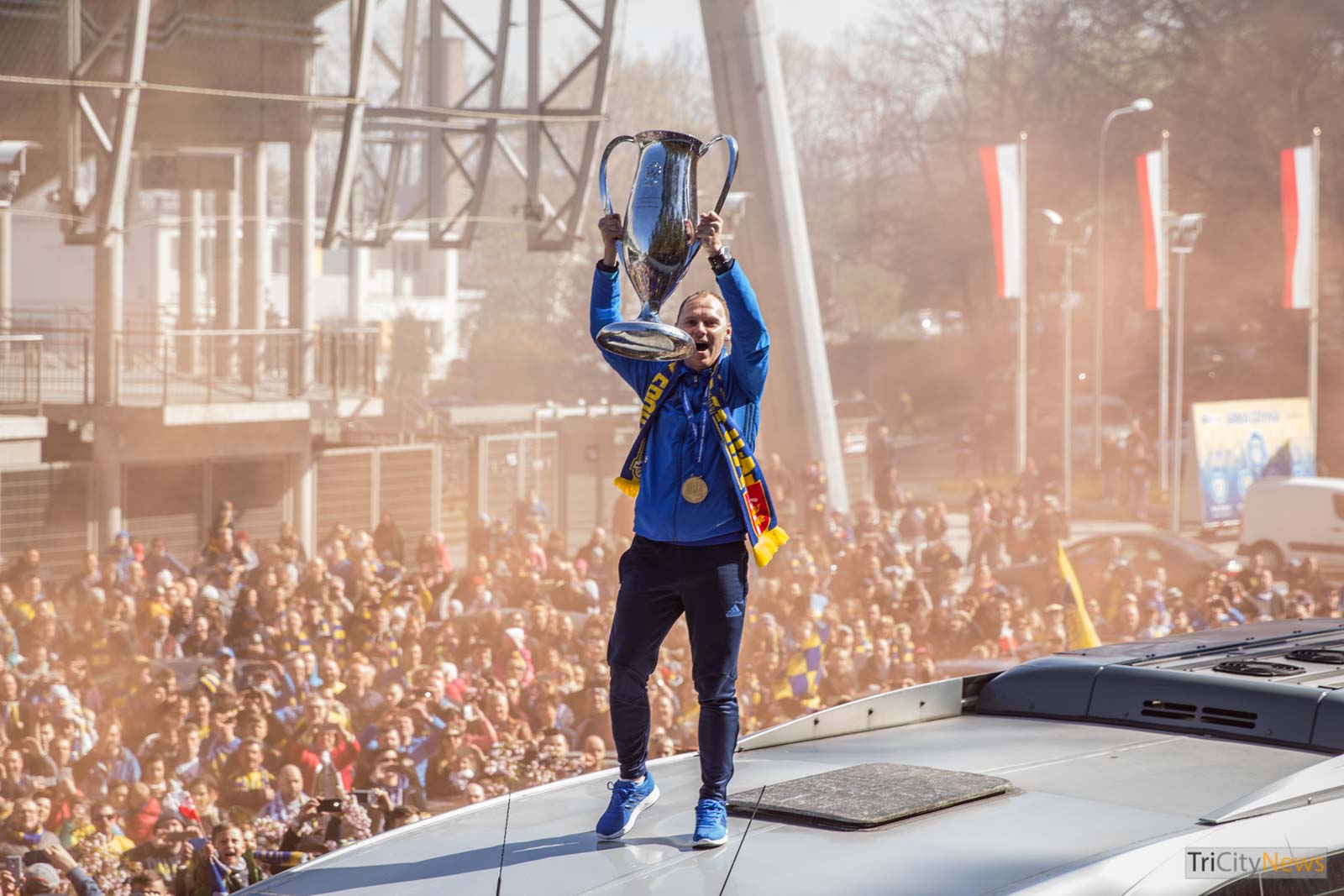 After an absence of almost 40 years in UEFA competitions, Arka Gdynia, winner of Polish Cup, comes back to European football this season. Gdynia plays home on July 27th and visits Denmark on August 3rd.

Arka Gdynia will play with FC Midtjylland in the third qualifying round of UEFA Europa League. This will also be the first appearance of the club from Tricity in European Cups since 1979-80 season.

Arka Gdynia qualified directly to the third qualifying round of UEFA Europa League.  The success is even greater, as it was almost 40 years since Arka participated in the European Cups. This happened thanks to defeating Lech Poznan by 2-1 on the extra-time and winning the Polish Cup as a result.

After a 0-0 in the end of the second half, Arka Gdynia went in front with Siemaszko goal in the 107th minute. Four minutes later they confirmed the victory when Georgian midfielder Zarandia scored. Poznan team got to 2-1 one minute from time but it was not enough to stop Arka’s success.

Arka returns to UEFA competitions on July 27th when it hosts FC Midtjylland, the 4th  team in the last Danish championships. The second round’s game Arka plays on August the 3rd. If Arka Gdynia qualifies, the club will reach UEFA Europa League play-off.

In 1979-80 season, Gdynia team failed to qualify for the second round of UEFA Cup Winners’ Cup losing by 3-4 with Bulgarian side Beroe Stara Zagora despite a home win in the first game by 3-2.

However, Arka Gdynia’s first participation in UEFA European Cups remained in club’s memory so much, that Beroe Stara Zagora came back to Gdynia. This happened years later at the new Gdynia’s stadium first game in 2011.

Tickets for July 27th game in Gdynia may be acquired online , in the official Arka fan stores and at the stadium before the game.