Ekstraklasa: Paixao’s double not enough for victory, Arka stunned by a lucky goal 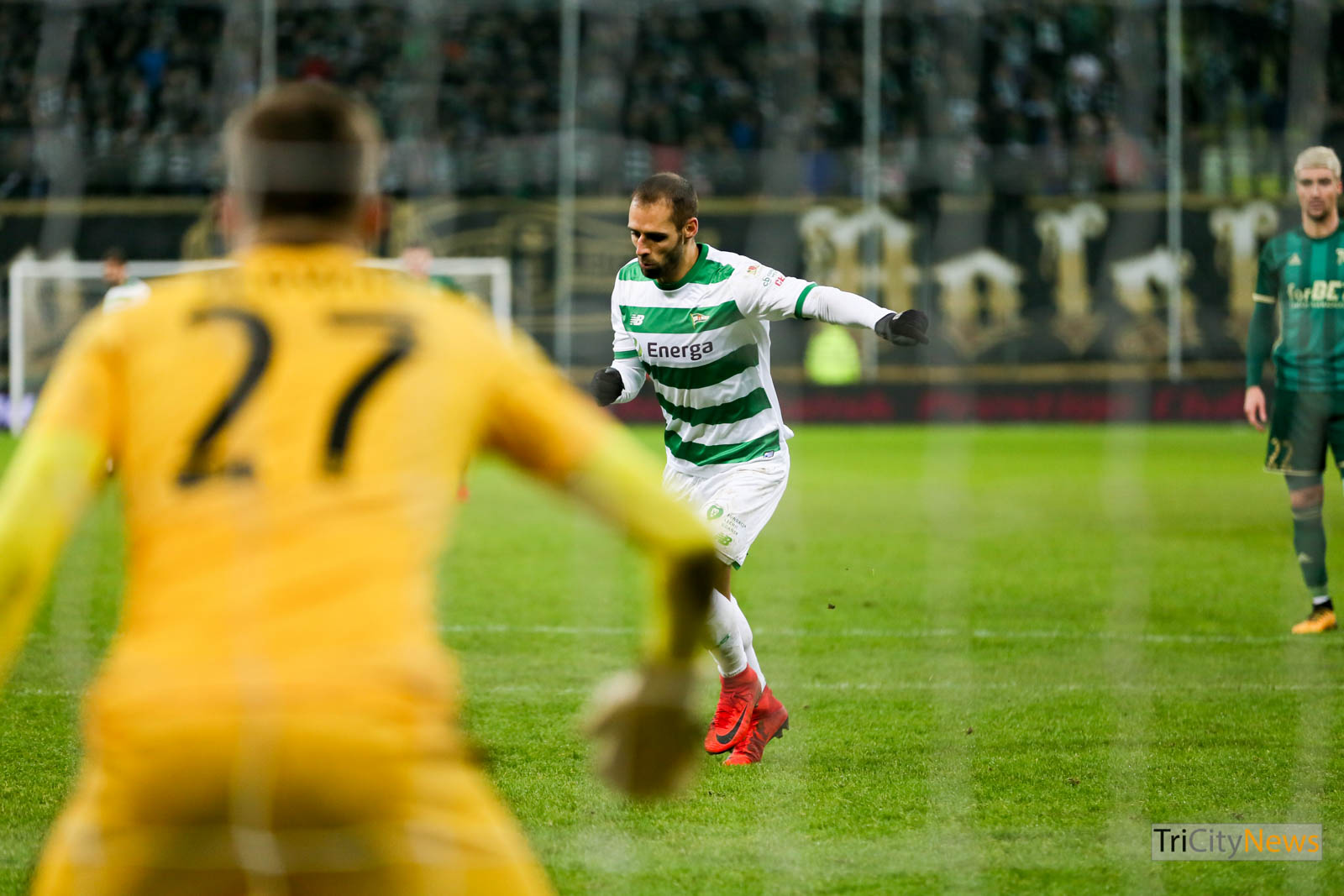 In Wroclaw, Lechia had a two-goal advantage but that was only good enough for a draw conceded in the last 20 minutes. Arka lost at home with Cracovia thanks to a goal after a free-kick with no chance for Steinbors after a deflection.

Lechia Gdansk didn’t get more than a draw against Slask Wroclaw in the restart of Ekstraklasa despite having had a two-goal advantage being both goals for the White and Greens scored by Flavio Paixao.

Portuguese forward only needed six minutes to score his first goal of the game with a successful header after a cross by newcomer Conrado. Less than one minute after the start of the second half, Paixao scored again this time after a great pass by Mladenovic.

Slask Wroclaw, with shirts with players’ name in Korean, was still in time to get the draw in the last 20 minutes. Makowski brought Chrapek down in the box and Maczynski got the 1-2 at the 71st minute. Already on added time, Chrapek got the equalizer assisted by substitute Raicevic.

In Gdynia, Arka got its first defeat in Polish championship since late November with a 0-1 loss with second-ranked Cracovia in a game where Yellow and Blues were stronger in the first minutes especially when Jankowski was very close from getting the goal at the ninth minute.

Nevertheless, Cracovia got close from Arka’s goal when keeper Steinbors avoided Rafael Lopes’ effort on the 33rd minute and got the advantage on the 37th minute with a free kick by Hanca that deflected in Arka’s wall. Steinbors could have done nothing to stop the ball.

In the last seconds of the match, already on added time, Arka players claimed that the ball touch the hand of a Cracovia’s defender after a shot by Vejinovic in the box but the referee saw no reason for a penalty. Substitute Thiago doesn’t seem to touch the ball with his hand.

With these results, Lechia is now seventh ten points away from leader Legia just before receiving Piast next Friday. Also on Friday, Arka, still in a difficult position with only one point more than penultimate Wisla Krakow, goes to Zabrze in the opening game of the 22nd day of Ekstraklasa.

Click here to see the full table of Polish Ekstraklasa as well as upcoming fixtures.