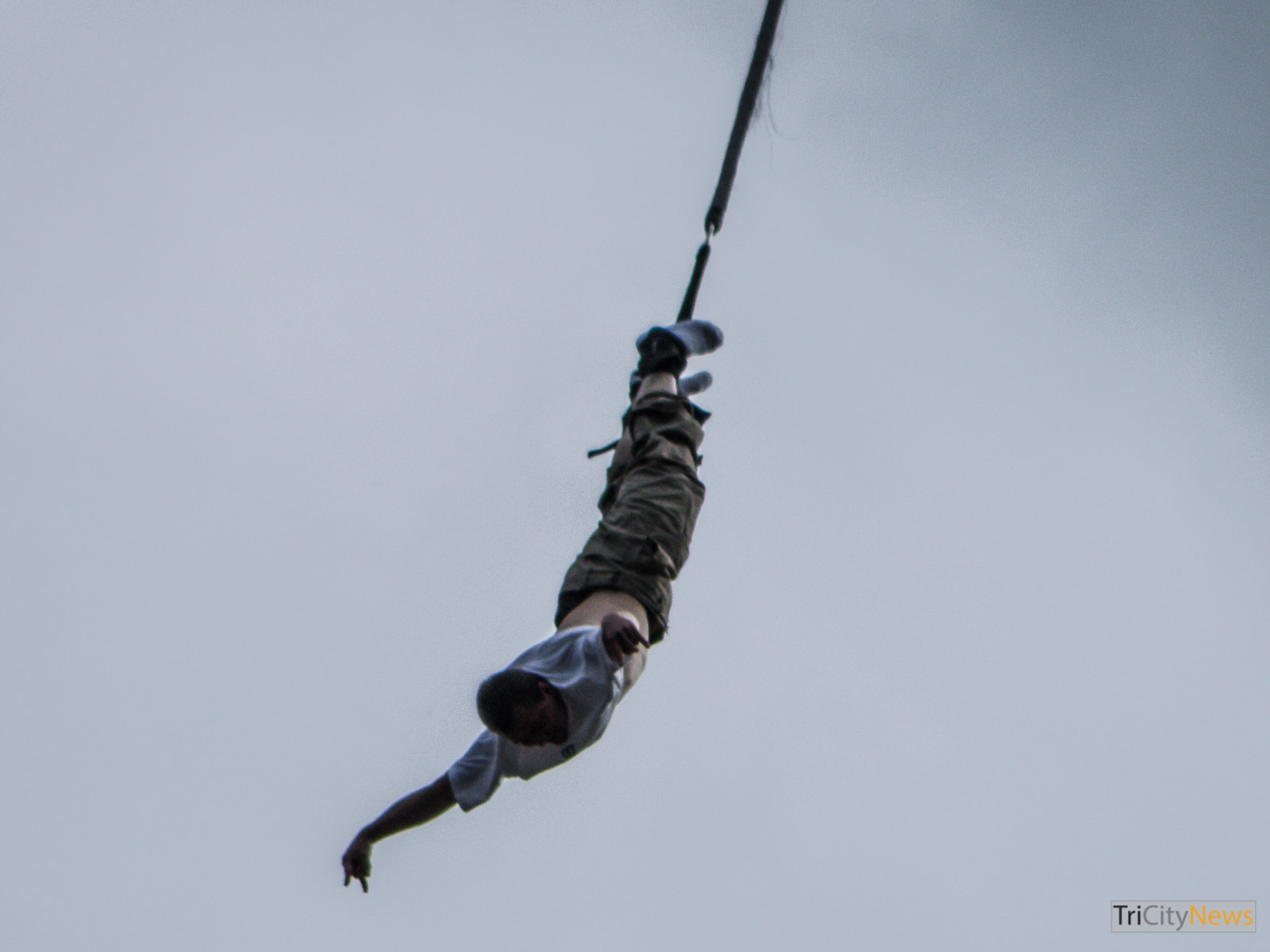 The tourists and inhabitants of Gdynia saw a dangerous accident on one of the summer attractions last Sunday. On the 21st of July, a 39-year old man jumped from the crane. During the flight, the harness slipped off of his legs and he hit the safety pillow under the crane.

After the accident, the 39-year old was rushed to the hospital with a spine injury and a damaged spleen. He still remains under doctors’ care. The examination after the accident has also revealed that the man had nearly 0.1% of alcohol in his breath.

The park of the Council of Europe was full of people when the accident happened. Many people were recording the jumps on their smartphones. As a result, the footage of the accident went online immediately after it took place. One of the footages has already reached over 1,5 million views. The comment sections immediately filled with many accusations towards the company organizing jumps and the city council of Gdynia.

The company responsible for operating the crane issued a statement the few hours after the accident.

In their statement, Bungeeclub addressed the health of the participant. They underlined that the man did not break his spine and that his life was not in danger. They also informed that the equipment they use has all the certificate the law requires. What is more, the jumps are under oversee of qualified and experienced instructors.

Continuing their statement, the company underlined, that Bungeeclub is the only company in Poland which uses professional jump protection in the form of a pillow. They pointed out that it was thanks to this precaution nothing more serious happened to the participant.

Shortly after the accident, the city officials issued a statement as well.

In their statement, we could read that the city is not the owner of the park – it is private property. As a result, they cannot ban any activities happening there. They also underlined, that until the park was under their authority, no such events took place there. The city has also expressed their concern about the inured and wished him a quick recovery.

The police immediately started their investigation by securing the bungee equipment and getting the statements from the witnesses as well as the operators.

On Monday the investigators informed that they found a fracture of the bungee cord. It is impossible though to confirm now whether it was a direct cause of the accident.

According to Polish law, one who puts another person’s life or health in danger may serve up to three years in prison.