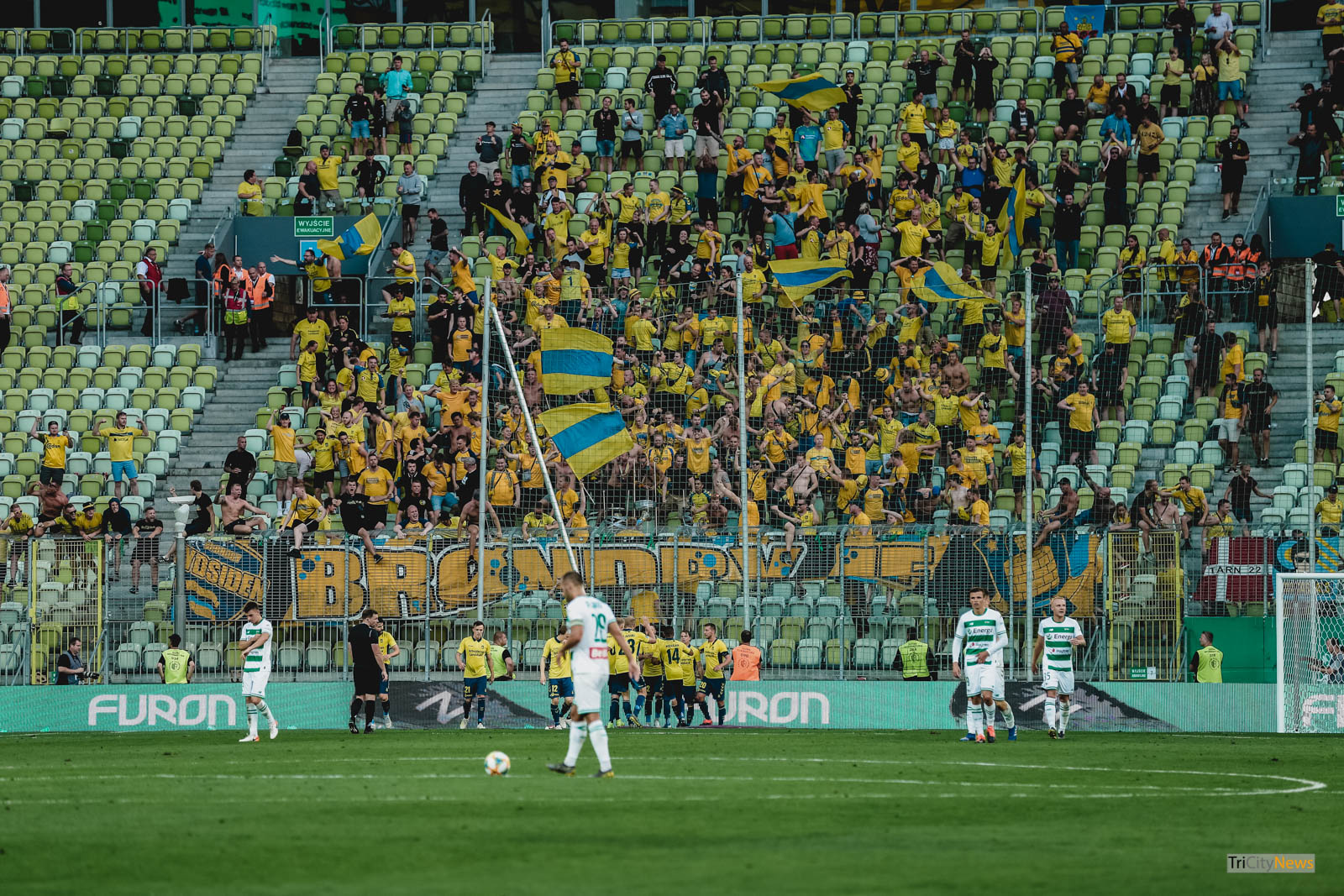 After a 2-1 win in the first game in Gdansk, White and Greens failed to progress in Europa League. A 4-1 defeat against Brondby in Copenhagen stopped them. Lechia still delayed the decision to overtime, but substitute Lindstroem liquidated all hopes for TriCity team.

Lechia out of the Europa League

The team from Gdansk failed to advance for the third qualifying round of Europa League after a defeat in Copenhagen by 4-1, repeating the unsuccessful result of the 1983 UEFA Cup Winners’ Cup first round against Juventus, where White and Green had also missed qualifying to the next round.

After a 2-1 win in Gdansk, Lechia saw things getting complicated for its side when Arajuuri anticipated to the away team defenders and headed for the first goal of the match on the 15th minute after a corner kick by Kaiser.

Haraslin had a good opportunity for goal after a cross by Udovicic on the 33rd minute, but Brondby quickly reacted with a ball to the bar seven minutes later by Hedlund, the first of three balls to the woodwork by the home team in the game.

On the second part, captain Wilczek, himself a Polish, took advantage from being completely unmarked and left things even better for Brondby with a goal on the 53rd minute after an excellent cross by Hedlund.

Ten minutes later, Tibbling forced keeper Kuciak to a difficult save, but things quickly turned much better for Lechia as Peszko, who came into the game only ten minutes earlier, perfectly served Paixao for a successful header to goal on the 67th minute.

With this goal, Lechia equalized the aggregate of the two games and was sure to delay the decision to overtime if it would not suffer more goals from Brondby until the end of the 90 minutes. However, that almost happened when Kaiser hit the post on the 82nd minute.

In the overtime, Brondby gave no chance to its opponent with substitute Lindstroem, that replaced Hedlund just before full time, getting the spotlight. Lindstroem needed only four minutes into overtime to score his first goal after being served by Mensah.

Lechia reacted to the goal by bringing Wolski and Sobiech in the places of Haraslin and Paixao, but it was Brondby that would create the best chances until the end. Right before the end of overtime’s first half, Brondby hit the woodwork for the third time in the match as Uhre shot right into the post.

And two minutes before the final whistle, Radosevic with a bicycle kick put the ball away from the Danish box. Then Lindstroem, well assisted by Wilczek, benefited from the slow recovery of Lechia’s defense to be face to face with Kuciak and score the 4-1.

With this result, Lechia fails again to qualify in a European Cup and will not meet Braga, from Portugal, in the next round of Europa League.