Both Lechia Gdansk and Arka Gdynia stay in Ekstraklasa 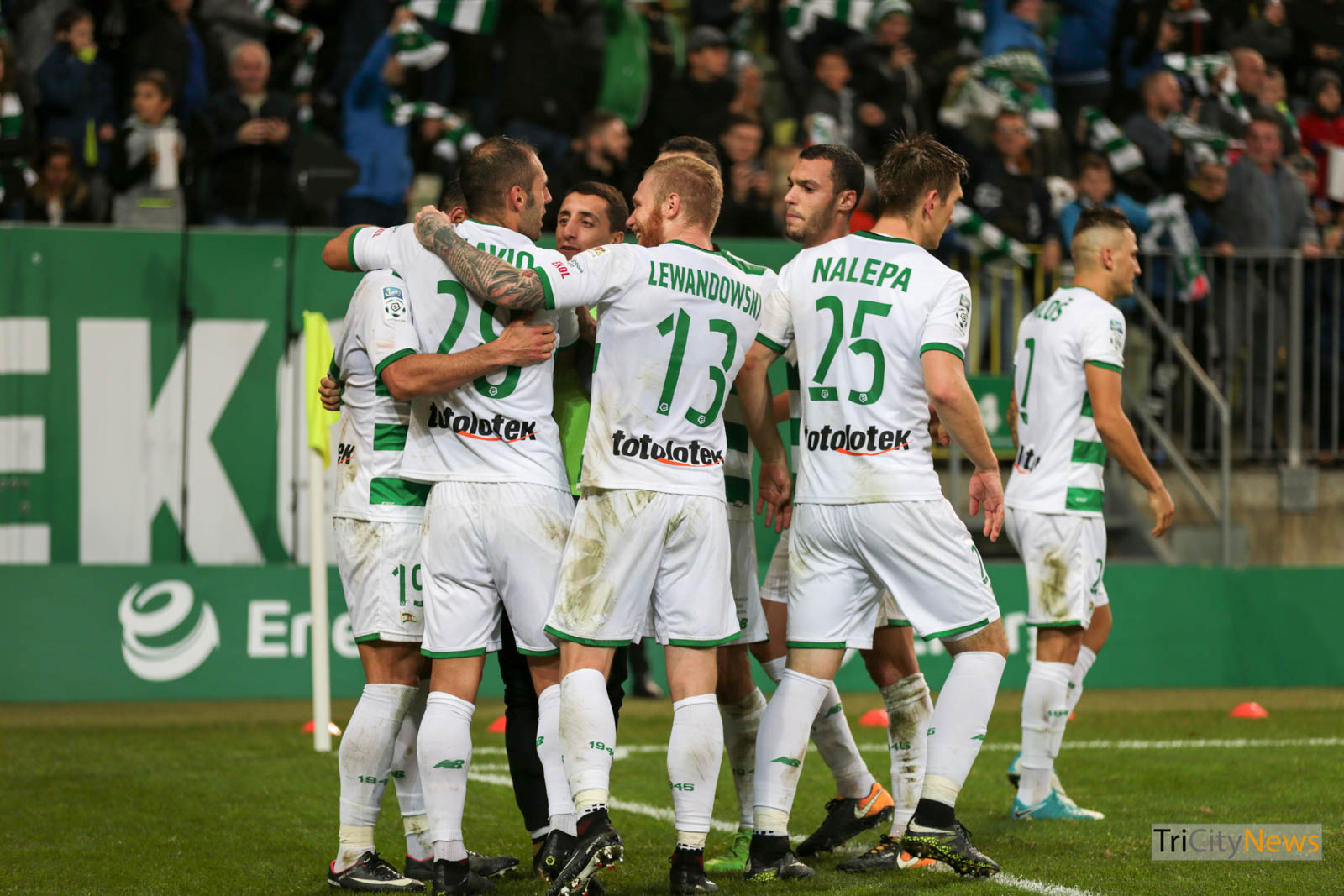 Lechia Gdansk secured maintenance in Ekstraklasa after a 1-1 away draw with Pogon Szczecin. Arka Gdynia, already sure of playing in Ekstraklasa next year, lost against Termalica.

Lechia Gdansk completed the only objective remaining for this season on Saturday. Players from Gdansk needed at least 1-1 away draw against Pogon Szczecin to stay in Ekstraklasa. Thanks to accomplishing the goal, they relieved themselves from pressure of the last round in relegation play-offs.

Lechia was pressing from the very beginning. First, Patryk Lipski tested Pogon’s goalkeeper in the third minute. Shortly after that, Flavio Paixao made a header, but the crossbar was on the way and Lechia wasn’t able to get the lead.

Ten minutes later, Joao de Oliveira served Lipski in style. Polish midfielder put Lechia in the lead with a great volley. This was more than enough to get the passport for next year’s Ekstraklasa.

Chasing after the goal

Pogon quickly started looking for the draw and almost got it on the 24 minute. In a very fast counterattack, Delev avoided one of Lechia’s defender and served Fraczczak. The striker didn’t do better than shooting over the crossbar.

Lechia had a great opportunity with Peszko benefiting from a great pass from Joao de Oliveira on the 25th minute. This could have given the second goal for the team from Tricity. It was Szczecin’s team  however that scored. Faster that Lechia’s defenders, Fraczczak got a pass from Dvali and beat Kuciak with a good shot in the 29th minute.

The things could have gone even worse for Lechia in the last minute of the first half. Delev stole the ball to Peszko and crossed to Rudol who shot at the crossbar. Fraczczak, in the rebound, headed again to the crossbar and the result stayed 1:1 until the half-time.

In the second half, Lechia had a good opportunity to get in the lead in the 67th minute. Peszko isolated Joao de Oliveira with a fantastic pass. The Swiss-Portuguese wasn’t able to finish allowing keeper Bursztyn to save with his leg.

Pogon, who saw Rafal Murawski making his career’s last game, was stronger than Lechia in the last ten minutes. Keeper Kuciak was there to save the attempts by Buksa and Delev though and secured Lechia’s maintenance in Ekstraklasa.

In Nieciecza, Arka Gdynia got their fifth defeat in last six games. The team lost 1:2 against Bruk-Bet Termalica Termalica. This result allowed Termalica to leave relegation zone and still have hopes to stay among Polish strongest teams.

Arka got the lead in the 20th minute. Janus received a good ball from Zbozien. The middle fielder got rid of Termalica’s defenders and shot a goal placing the hosts in a great deal of pressure.

Termalica created a good opportunity to score in the 28th minute with a good shot by Grzelak. Arka however responded six minutes later with a shot by Pieso. Termalica eventually managed to get the 1:1 by Spiaczka in first half’s added time after a great pass by Pawlowski.

In the second half, Termalica was close to get the lead in the 47th minute when Gutkovskis isolated himself and served Pawlowski. He could only shot wide though despite being free of pressure.

The much needed goal for Termalica came in the 59th minute when Purece shot for Steinbors’ incomplete defense. In the rebound, Gutkovskis scored and gave the lead to Termalica that will fight for maintenance in the last round at Gliwce in a decisive game with Piast.

In the final round of 2017/2018 Esktraklasa season, Arka Gdynia will host Slask Wroclaw. On the other end of Tricity, Lechia will play against Sandecja Nowy Sacz, who are already sure of their relegation.