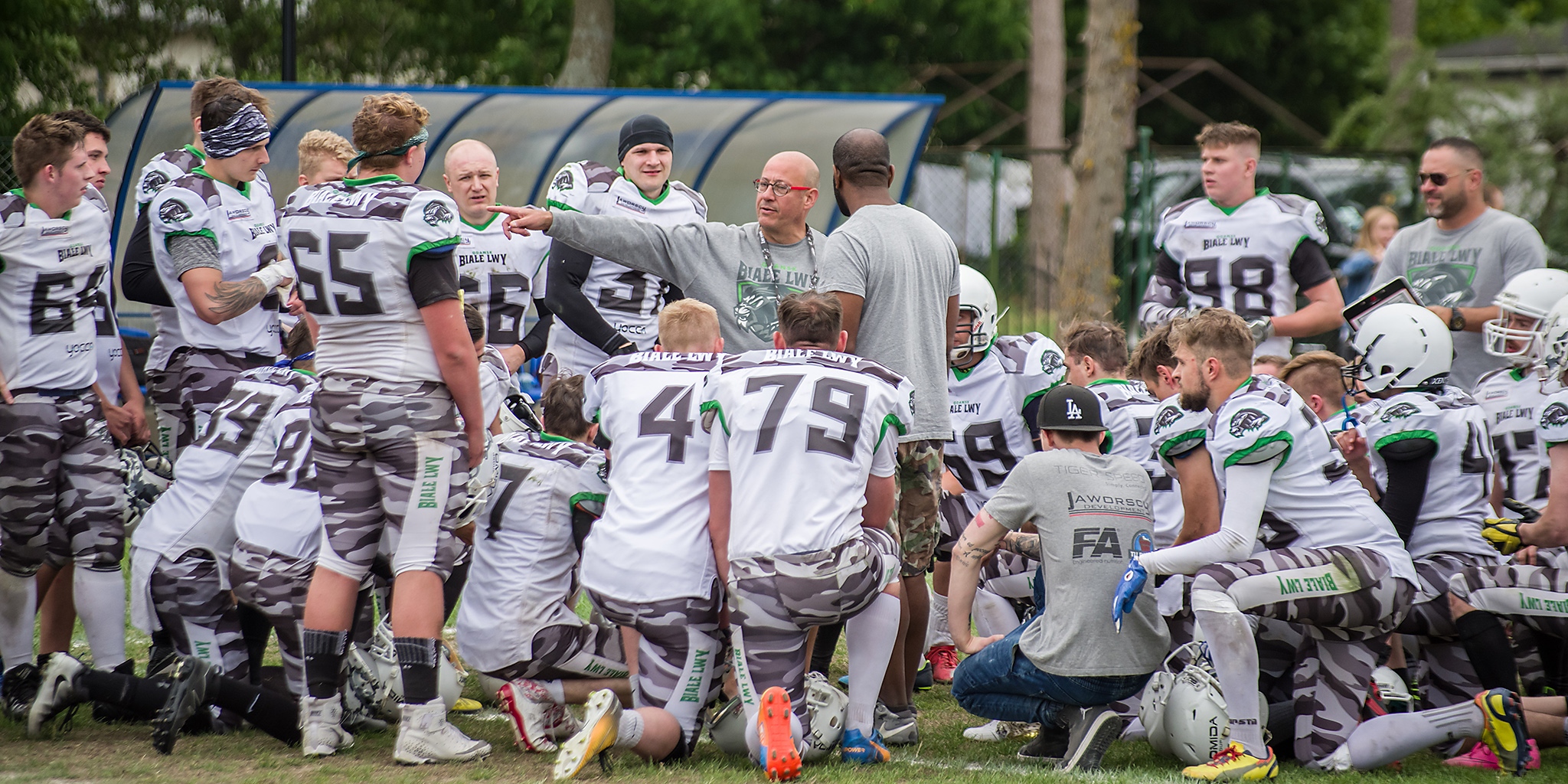 Most of the citizens of Tricity heard about Seahawks Gdynia. Multiple national champions and runner-ups are definitely the strongest American Football team in northern Poland. There is, however, a new force rising up in the area. Biale Lwy Gdansk have opened their season last Saturday playing an away match against Barbarians Koszalin.

Biale Lwy Gdansk currently compete in LFA 9 – a league of nine-man football under the trademark of American Football League. There are mainly developing teams at this level which don’t have a right amount of players to enter main competitions yet. The league consists of 13 teams playing in 4 groups. Nine-man teams from Tricity, Biale Lwy, and Seahawks B are in group B together with Barbarians.

The Lions entered the match strongly, quickly opening the score with help of Krzysztof Szlagowski. Throughout the first half, the team from Tricity was visibly dominating on the field. Good performance of the defense was scoring safety points and the offense kept on pressing. As a result, Biale Lwy finished the first half seeing 0:26 on the scoreboard.

This was not the end of the domination of the team from Tricity. Shortly after coming back from the break, Krzysztof Slagowski scored a touchdown again. The appetite was growing and the Lions got two additional points for a PAT. Biale Lwy dominated their opponents completely. As a result, the match finished with an overwhelming 0:50.

The team representing Gdansk played very well in their first match in LFA9. They showed that they are ready to compete and all formations work well. They also proved that a new force in American Football rises in Tricity. Are they able to compete with Seahawks Gdynia? The first test comes at the beginning of August when the Lions will host the Seahawks. This will also be the first American Football Tricity Derby between these two teams.