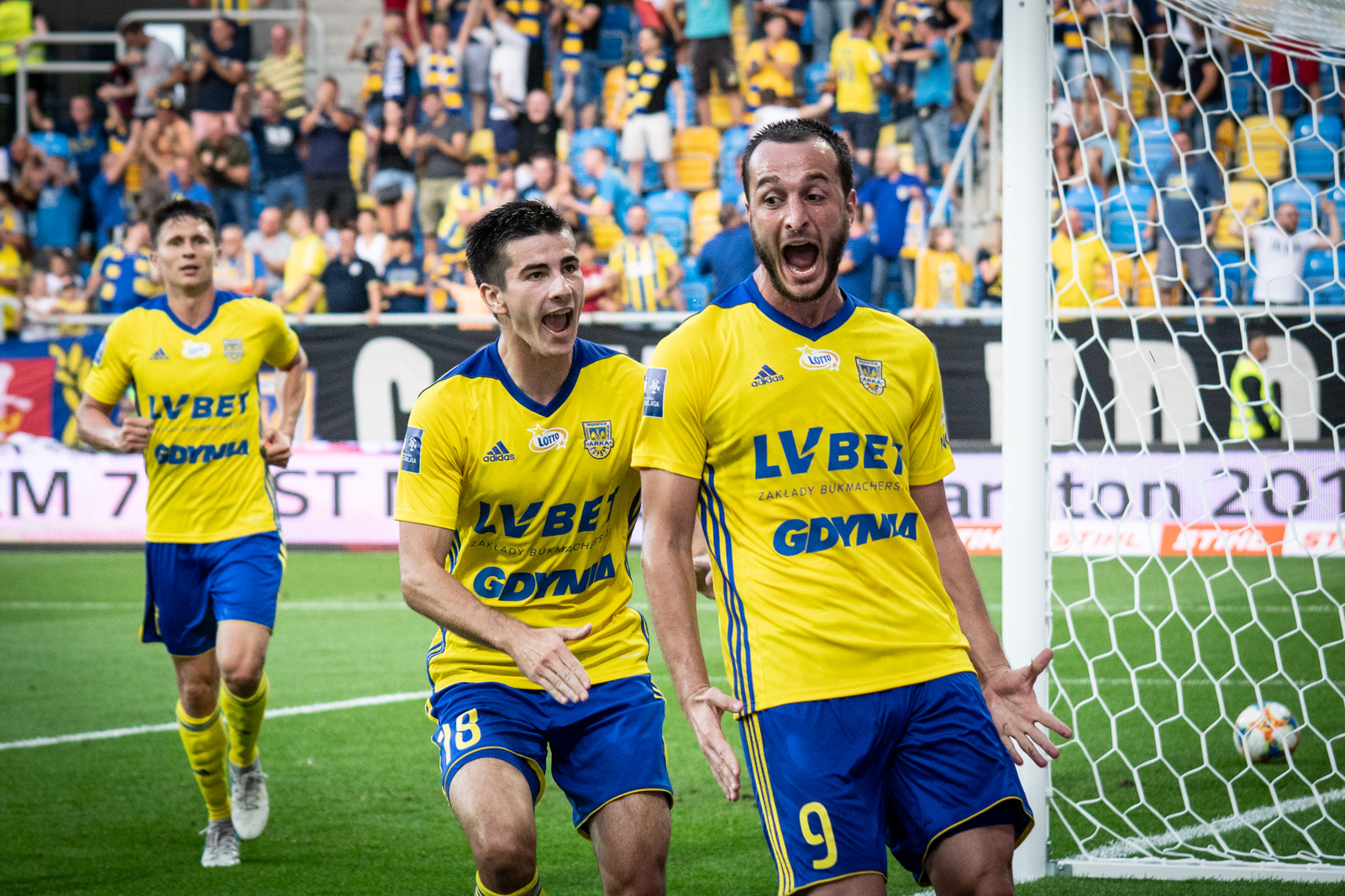 Yellow and Blues got their first win of the season by defeating Gornik Zabrze at home. Lechia Gdansk collected its second win in Ekstraklasa repeating the Super Cup’s success.

Arka Gdynia has recorded its first win in this year’s Ekstraklasa after winning at home to Gornik Zabrze by 1-0, a result that allowed Yellow and Blues to leave the last place of the classification after seven games.

Gornik, already with two home wins in the Polish championship, provoked real danger on the 4th minute when Angelo, served by Kopacz, forced Steinbors to a difficult save, but Arka would reply to Gornik later on.

After the half-hour mark, Jankowski had two excellent chances to give the advantage to the home team. First, on the 34th minute, served by Skhirtladze, Jankowski allowed keeper Chudy to make the save and, four minutes later, Polish forward shot wide.

On the second half, Arka scored finally. Skhirtladze received a cross from Marciniak and made the only goal of the match with an excellent volley that Chudy could not stop.

Gornik was then close to drawing at the 84th minute in a cross to Arka’s box that Angulo failed to deflect. In the dying seconds of the match, Arka failed to capitalize when Nalepa, only facing Chudy after stealing the ball to Bochniewicz, allowed Gornik keeper to save.

The players of Arka Gdynia appeared on the field in t-shirts with “Jagoda fight!” text on them. This was in support of the seriously sick wife of ARKA TV journalist Michal Puszczewicz. The same text appeared on the fans sector during the game. We also wish Jagoda and Michal lots of health and strength in those difficult times.

After winning Super Cup to Piast in Gliwice in July, Lechia was once again successful at Piast’s home with another win this time by 1-2, only the second win by the White and Greens in seven games in Ekstraklasa.

Facing current Polish champion, Kubicki was on target on the 29th minute but keeper Plach made a great save to avoid the 0-1. Eleven minutes later, it was keeper Kuciak that did not allow Badia’s goal with a fantastic save.

On the 54th minute, Peszko scored his second goal in two games with a shot from outside the box where Plach seemed that could have done much better to avoid Lechia’s goal.

Then, on the 68th minute, Jorge Felix forced Kuciak to two great saves separated by seconds, just before Lechia answered with style. Sobiech stole the ball to Huk, ran almost half of the field before to the bar. On the rebound, Udovivic, with a simple touch, made the 0-2.

Eight minutes before the final whistle, the referee judged that Nalepa made a handball inside the box, a confirmation that only came after VAR verification. Jorge Felix scored but there were no more changes on the scoreboard until the end of the game.

After the pause for national teams’ games, Arka goes to Czestochowa to play with Rakow on September 14th. On the same day, but a little later, Lechia takes on Lech Poznan at home.