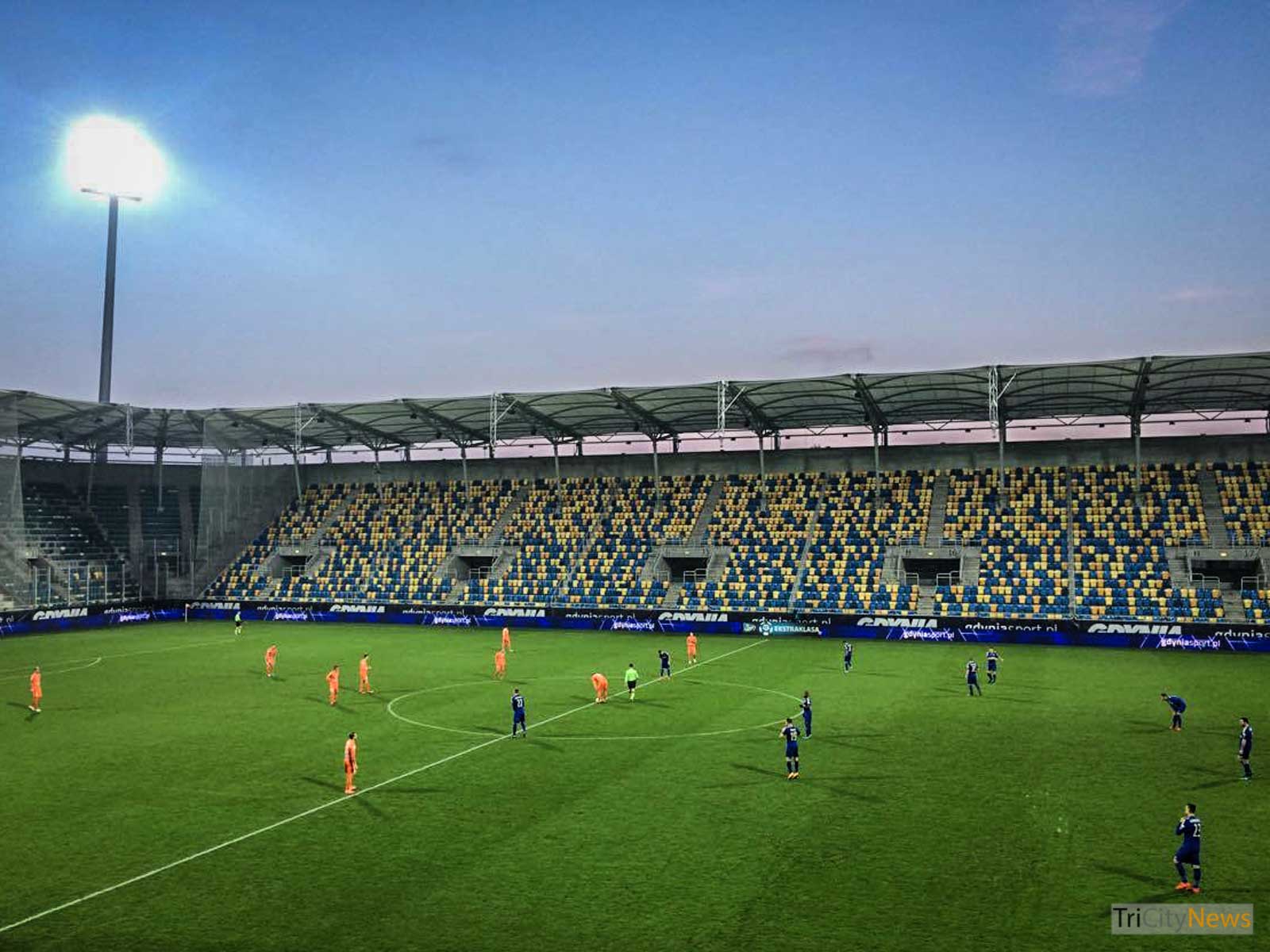 Aleksandra UsarzewiczNovember 20, 2016
0 Share
Share Tweet
Arka Gdynia lost 3:1 against Termalica Bruk-Bet Nieciecza. The match was important for Arka, as the team is recently loosing points in Lotto Ekstraklasa and they are now at the 9th place in the table which is the worst since the second round of this season.

Players from Gdynia couldn’t imagine a better start of the match as in 2nd minute the referee dictated a penalty for Arka. Marcus DaSilva took the responsibility and scored his 5th goal for Arka this season. Arka’s fans didn’t enjoy the winning result for long. In 23rd minute Termalica scored a goal from distance after. Players from Gdynia must have been in quite a shock as 6 minutes later Termalica scored a 2nd goal. It was not the end of bad news for Arka’s fans and coach Nicinski – in 38th minute Arka’s captain Miroslav Bozok received a red card and was forced to leave the pitch.

Arka was fighting til the very end

In the second half Arka was showing more determination but Termalica’s defense was well organised and destroyed Arka’s every attack. Arka wasn’t able to defeat Termalica’s goalkeeper, even with Paweł Abbott on the pitch. In 93rd minute Termalica made a quick counterattack and scored their third goal. Few moments later the referee finished the match.

Arka can’t find a way to win a match since 19th of September when they won against Cracovia. The fact that only 3500 fans were able to watch this match probably didn’t help – it was the result of bad behaviour of Arka’s fans during the derby match. Next match Arka is playing in Kraków against Wisła. The next match in Gdynia is the Polish Cup quarterfinal against Bytovia Bytów on 29th of November (the first match Arka lost 2:1 in Bytów).
0 Share
Share Tweet
Topics: Arka Extra League football Gdynia Lotto Ekstraklasa Poland
Previous Post Lechia Gdansk is on top again
Next Post James Blake and Mac Miller join the Open’er line-up