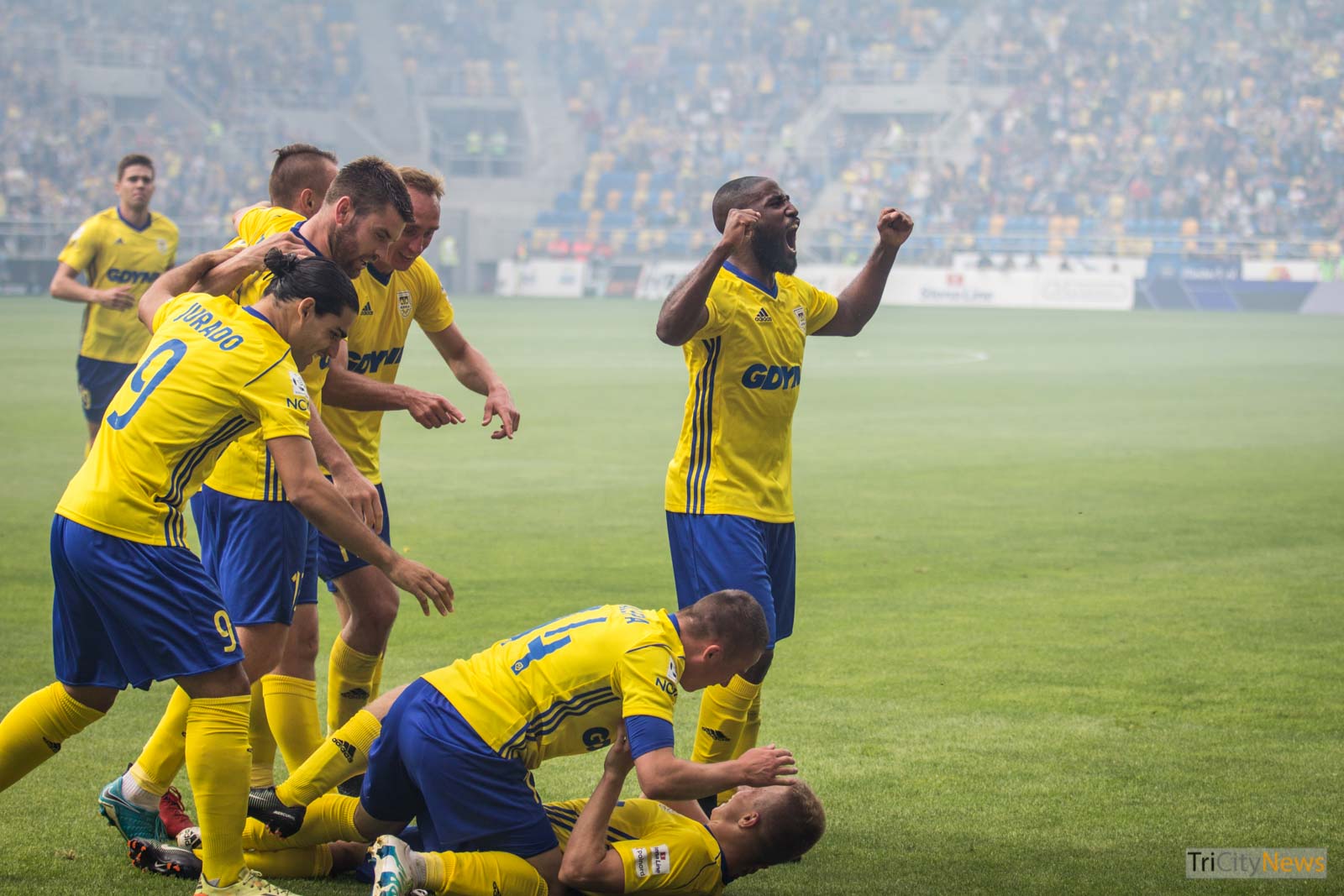 Arka Gdynia won against Wisla Krakow 3:1 in 8th round of LOTTO Ekstraklasa on Friday evening. Before the match, Coach Ojrzynski  said: “I want to see the energetic side of Arka against Wisla”. That was exactly what he saw.

In the 5th minute, Wisla surprised Arka. Patryk Malecki defeated Steinbors with a beautiful long shot. Arka’s defense looked nervous, but up front. Despite aggressive pressing, Yellow&Blues had no idea how to break through Wisla’s defense. Grzegorz Piesio and Dawid Soldecki were trying long shots but each of their attempts went over the bar.

The situation has changed in the 33rd minute when Adam Marciniak made good use of his speed on the left wing and crossed the ball into the penalty box. Irreplaceable Rafal Siemaszko was waiting for that delivery and finished with a beautiful header defeating Wisla’s goalkeeper. Five minutes later Arka showed some good team spirit – Grzegorz Piesio found Yannick Sambea in the penalty area. Sambea maintained the cold blood and scored his first goal this season. Arka had a chance to extend the lead but Piesio’s shot hit the post. Wisla also had their chance, but the shot stung Steinbors’s palms. Half time result 2:1.

Yellow&Blues began the second half bravely and ambitiously. After a few give-and-go passes between Siemaszko and Nalepa, the second one tried to score with a volley, but this time Wisla’s goalkeeper managed to catch the ball. The 2:1 lead was still not enough for Arka and Yellow&Blues kept on trying to score the 3rd goal. Wisla was close to score their 2nd goal but Arka had a lot of luck and the ball did not find its way to Steinbors goal. In the 82nd minute after Piesio’s shot, Buchalik bounced the ball straight to Ruben Jurado, who scored his second goal for Yellow&Blues and sealed Arka’s victory.

For Arka it was the 2nd victory this season and now with 10 points Yellow&Blues are on the 10th place in the LOTTO Ekstraklasa table. Next home game Arka plays on Friday, the 15th of September at 18:00 against Zaglebie Lubin. Tickets are still available.