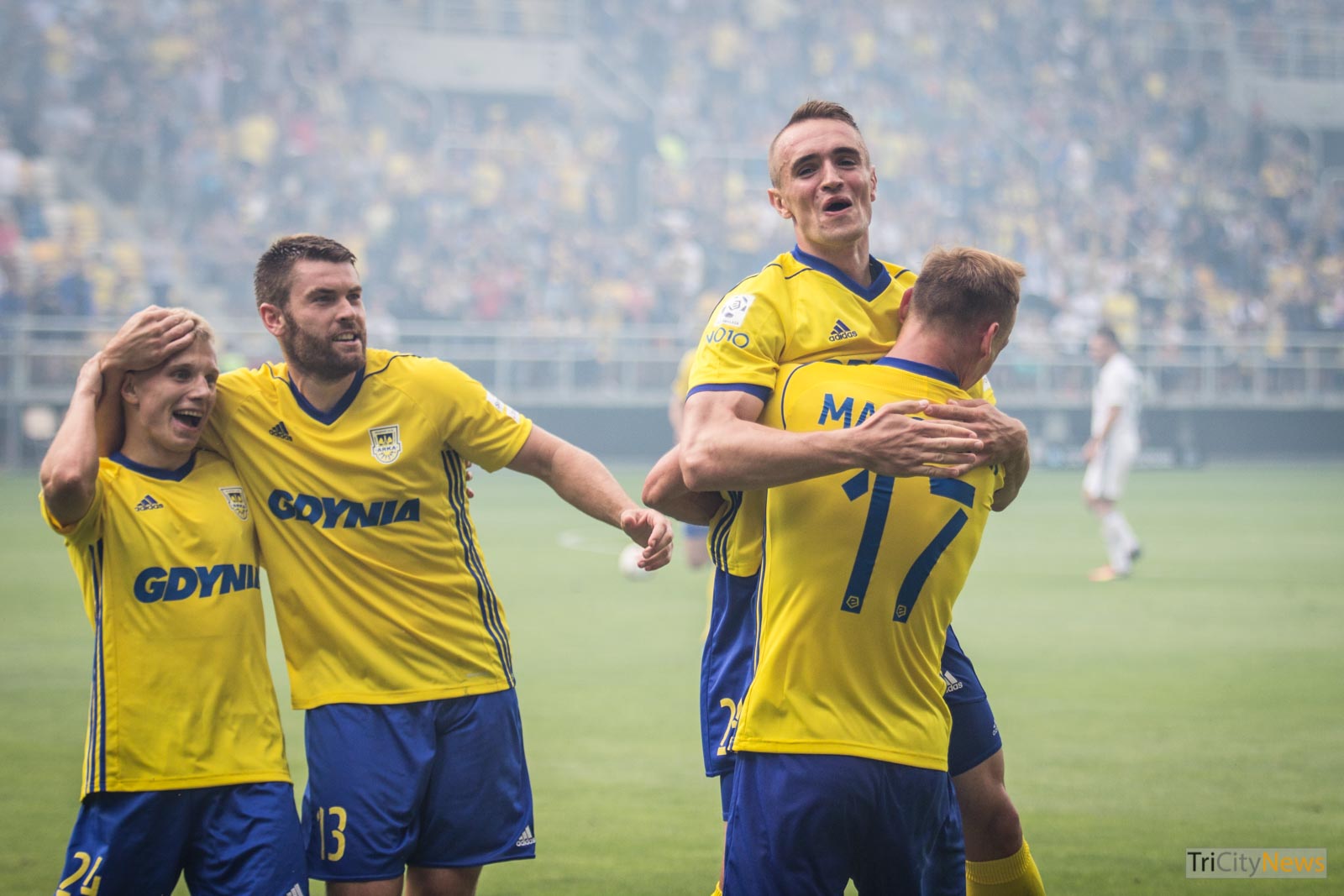 Arka Gdynia interrupted nine games unbeaten run by Korona Kielce winning by 0-3 at Kielce. This victory allowed Tricity team to stay within the first eight of Ekstraklasa. Lechia Gdansk drew 1-1 with Gornik Zabrze. By this, they stalled the leader of Polish championship.

Arka Gdynia returned this Saturday to winning terms by getting an important away win by 0-3 over Korona Kielce. The hosts had a nine games unbeaten run and will be Arka’s opponent in Polish Cup semifinals.

The game started with opportunities divided for the two teams. Korona Kielce was close to score at the 12th minute when Arka’s keeper Steinbors stopped a shot by Bartosz Rymaniak. Tricity team answered three minutes later with a counterattack led by Rafal Siemaszko. However it was Korona Kielce that was closer to the goal in the 33rd minute when Rymaniak served Elia Soriano. The German player, however, wasn’t able to score as he couldn’t pass through Steinbors.

Arka Gdynia took the advantage in the 36th minute when Rafal Siemaszko was quicker than Korona’s goalkeeper. The striker successfully shot over Maciej Gostomski to score the 0-1.

Four minutes into the second half, and Arka doubled the advantage. In a free kick, Marcin Warcholak made the 0-2 but with a great help from a Korona’s defender. Mozdzen deflected the ball and Gostomski wasn’t able to avoid Arka’s goal. Eleven minutes later, after a double substitution operated by Korona’s coach, Arka Gdynia got its third goal. This hit the net after a very good shot from the right side by Szwoch.

Arka Gdynia is now sixth in Ekstraklasa with 28 points. This is one point less than Lech Poznan and eight points less than leader Gornik Zabrze.

Gdansk team dominated the first minutes of the game. Peszko shot slightly over the bar at the 11th minute. Four minutes later it was Marco Paixao that tested Jakub Slowik’s attention forcing Gornik’s keeper to a save.

Four minutes into the second half Korona got the advantage after a corner kick. Zarkowski successfully passed the ball to unmarked Dani Suarez who easily beat Lechia’s keeper Dusan Kuciak. Gornik had chances to double the advantage afterwards, but it was Lechia that got the equaliser.

Romario Balde, who entered minutes before, shot the ball from the left side. Keeper Slownik made an incomplete defence and Flavio Paixao successfully recharged to goal. At the 82nd minute, substitute Kiklaisz almost scored to Gornik but Kuciak avoided the goal with a great save.

In the dying minutes of the game, home team celebrated what would be the victory’s goal. However the assistant’s referee flag was lifted and the result kept unchanged.

With this result, Gornik Zabrze is still first in Ekstraklasa with 36 points. This is one point less than Legia Warszawa, who won at home against Termalica Nieciecza 3-0. Lechia Gdansk is still ninth in Ekstraklasa now three points away from Zagliebie Lubin, currently eight in Polish championship.