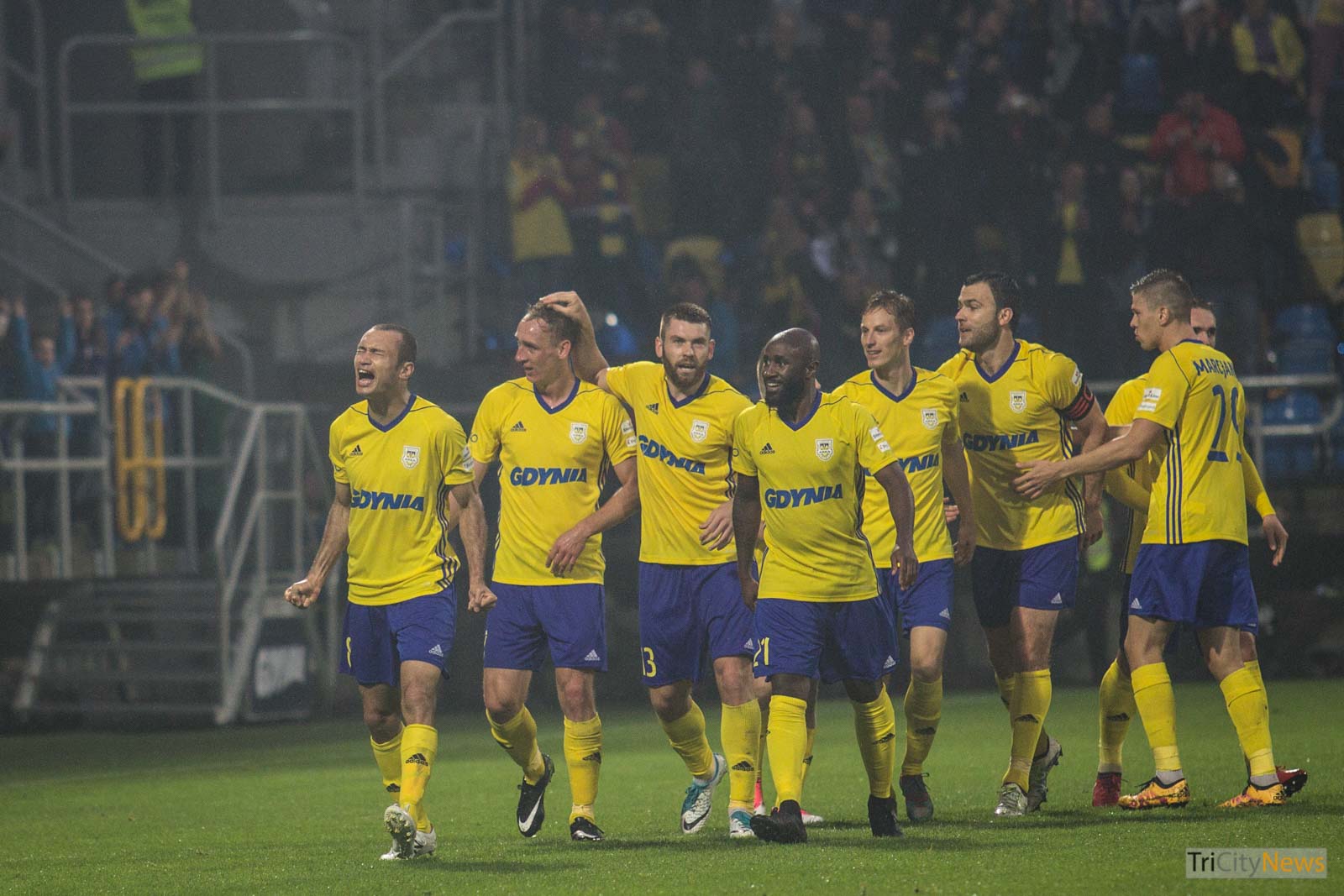 All in from the start

From the beginning of the match it was clear that none of the teams is going to let go. Both Arka and Korona were motivated and focused on the three points. We saw a huge number of fouls, especially in the middle of the field. In the 3rd minute Grzegorz Piesio, who stopped Korona’s attack, saw a yellow card. Yellow&Blues wanted to make a use of Patryk Kun’s speed, but very often they lacked accuracy. On the other side of the pitch Korona also had problems with endangering Steinbors’ goal. In 17th minute Arka should have scored. After a cross into the penalty area Yellow&Blues tried to defeat Alomerovic. However the ball did not find its way in to the goal. It also seemed that one of the Korona’s players stopped the ball with his hand, but the referee had a different opinion. In the 30th minute Korona created a good opportunity. However after a cross into Arka’s penalty area, Mozdzen’s shot missed Steinbors’ goal.

In the second half, Korona was gaining more and more advantage. The Yellow&Blues had a lot of luck in their own penalty area, where Korona’s players were showing lack of accuracy and cold blood. In 84th minute referee Kwiatkowski showed the second yellow card to Piesio. Over 8000 fans gathered at the Stadion Miejski were not happy with the referee’s work that evening. It was the reason why many of his decisions were booed. The entire stadium was helping their team with a loud support until the final whistle. Despite playing 10 against 11, Yellow&Blues were not planning to give up. They kept on stopping Korona’s attacks. Pavels Steinbors was definitely the man of the match, saving Arka from losing goal in multiple attempts of the rivals. The final result remained unchanged – 0:0.

Arka Gdynia invincible in the league

After 4 rounds, Arka is still undefeated in Ekstraklasa and with 6 points is now on the 6th place.

The next match in Gdynia is the 1/16 of the Polish Cup. On Thursday 10th of August Arka will face Slask Wroclaw. Will they manage to repeat the result from the beginning of the season, when they defeated Slask 2:0? Will Arka get one step closer to another final of the Polish Cup?

On Sunday, the 13th of August at 15:30 Yellow&Blues will play an away game against Gornik Zabrze. This match will be broadcasted in the TV on the Canal+Sport channel.