Arka Gdynia gets to the first eight, Lechia draws in Gliwice 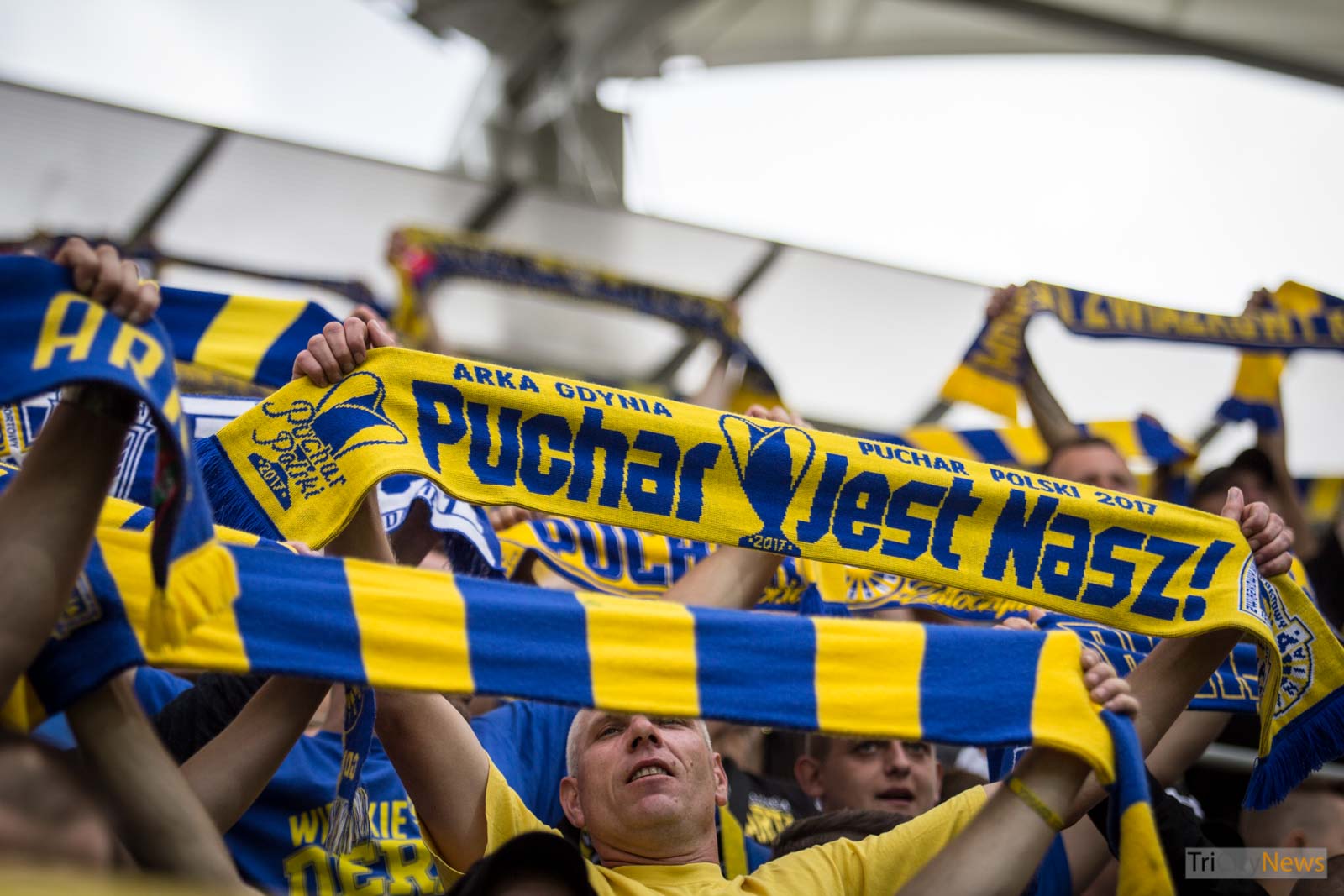 Lechia couldn’t do better than getting one point from the visit in Gliwice. This allowed Jagiellonia to take the lead in Ekstraklasa after 12 games. Arka Gdynia won again and is now among the first eight of the Polish championship.

Lechia Gdansk didn’t get more than a 1:1 draw at Gliwice on Friday. As a result, the White & Greens lost the leadership of Ekstraklasa again, this time to Jagiellonia Bialystok. This was the last game before Saturday’s derby at home with a local rival Arka Gdynia.

The now second-best in Ekstraklasa were the first to create some danger near Piast’s goal. It was the home team that got the advantage though. In the 29th minute, Augustyn brought down Joel Valencia in the box. Sedlar scored the first goal of the match from 11 meters.

In the 60th minute, Piast, with a quick counter-attack led by Papadoupoulos and Valencia were near the goal again. The last pass from from Valencia to Papadoupoulos wasn’t perfect though. The Czech-Greek forward couldn’t reach the ball for the victorious shot.

Lechia came near Piast’s goal with a header from Arak in the 69th minute. Finally, they set the result five minutes from time after an imperfect move by keeper Szmatula. Lechia got the ball back easily, Lipski served Haraslin, that only had to be faster than Sedlar. 1:1 appeared at the scoreboard.

In the added time, substitute Sobiech was near the 1:2 but he was unable to touch the ball after a very good free kick by Lipski. About two hours later, Jagiellonia won Pogon Szczecin 2:1 at home and snatched the lead of Polish championship.

On Saturday, Arka Gdynia got their second consecutive win in Ekstraklasa and the passport back to the top half of the classification. This happened thanks to 1:2 victory at Wroclaw. The second win will definitely help the team spirit before Tricity Derby in the 13th round.

Gdynia’s team was near the goal after a superb header by Jankowski in the 34th minute. Keeper Slowik saved the goal however in this first real chance for a goal in this match.

Five minutes later, Arka got the lead benefiting from a slow performance of Slask defenders. First, Cholewiak delivered the ball to an opponent and then Mlynski dribbled through the penalty box avoiding defenders Cotra and Golla. Arka’s young forward proved his place in the squad scoring the first goal of the match.

Slask got the draw in the added time of the first half. Zbozien touched the ball with his hand in the box and after confirmation from VAR, the hosts got a penalty. Robak gave no chance to keeper Steinbors.

It didn’t take long for Arka to prove their superiority in the game. In the 48th minute, a quick counter-attack by Arka after a Slask’s turnover resulted in the 1:2. Unmarked Jankowski got the ball from Kolev and with a great ball control scored the goal that gave Arka Gdynia three points.

In the 77th minute, Arka was near the goal again with a good shot by Kolev. This time, however, keeper Slowik was well-placed and was able to avoid the goal. Four minutes from time, Slask, with a header by Pich, forced Steinbors to an easy save.

With this victory, Arka Gdynia has now 17 points, the same number of points as the ninth Zaglebie Lubin. It is also just six points less than leader Jagiellonia Bialystok and five points less that Lechia Gdansk, the rival for the next week.