A great opening of 2019 season for Seahawks Gdynia 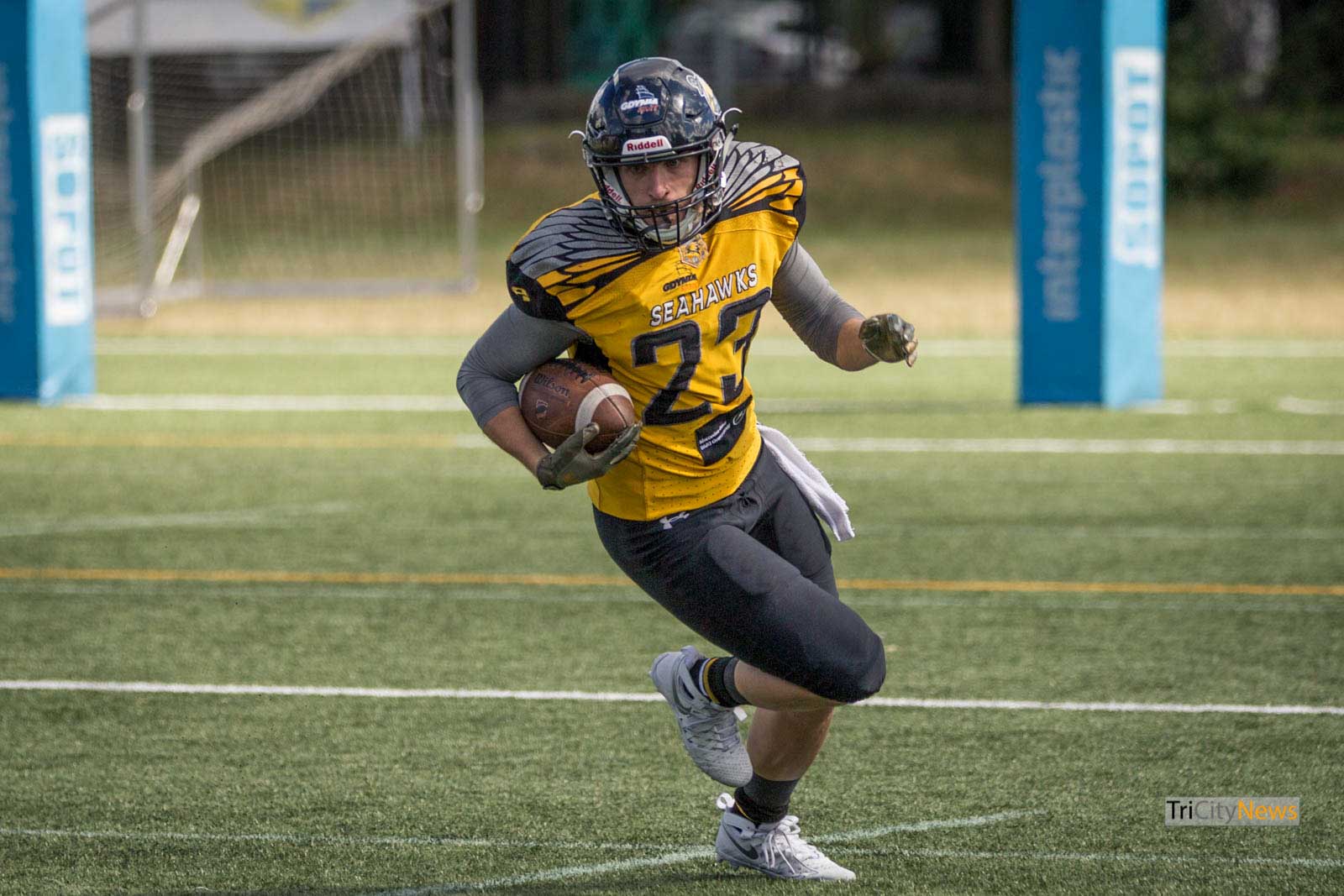 For their first match of the 2019 season of LFA1 (American Football League), Seahawks Gdynia went to Lodz to play against the Wolves. The team from Tricity definitely sent the message with this game. After many changes, Seahawks Gdynia are coming back stronger and ready to fight for the highest goals.

The game in Lodz was a test for all changes which the club has gone through during the offseason. check the link below for more details on the preparations for the 2019 season.

The players from Gdynia managed to settle down and control the game already during the first quarter. The fans saw three touchdowns during 12 minutes of the game. A debuting quarterback Philip Juhlin opened the score after presenting a lone, 16-yard run into the end zone. Even more spectacular situation brought the next points. Jakub Mazan finished a 45-yard passing action and delivered the ball safely to add six more points to the scoreboard. The new quarterback of Seahawks performed very well on Saturday, as he also served Wojciech Szubert with an accurate pass. This meant the end of the first quarter with a score of 21:0, as Wojciech Daniszewski didn’t miss a single PAT.

In the second part of the game, the Seahawks weren’t even thinking of slowing the tempo. As a result, they got three more touchdowns. Jakub Mazan entered the endzone after a 27-yard pass getting his second touchdown of the game. Just a few moments later, he crossed the end line again, but his punt return didn’t count due to a foul in blocking by his teammates. Seahawks ended this offensive effort with a touchdown anyway. Dariusz Peplinski entered the list of scorers after he ran exactly half of the field. Each formation had a moment during the game. When the wolves tried to get the ball back in play, the special formation of Seahawks Gdynia intercepted the kickoff. Within the defensive players, Arkadiusz Cieslok sacked Damian Waszczyk. What is interesting though, the guests’ star was also very active in the attack. Cieslok showed his skills as a fullback and underlined his good performance with a touchdown after a 2-yard run. Shortly after, Wojciech Daniszewski committed his first mistake and didn’t score a PAT. The Seahawks were leading 41:0 anyway though.

After coming back from the break, the Wolves tried to oppose the guests a bit more. This, however, didn’t stop them from losing more points. After an accurate pass into the endzone, Michal Jarocki could celebrate a touchdown. This points, as well as good PAT, were the only points scored during this part of the game.

The last quarter was interesting due to the mercy rule, which means not stopping the time. The Seahawks managed to get more points though. Milosz Goralski ended his 14-yard run in the endzone. Shortly after, Jakub Mazan added two points. Sure of their win, the guests allowed the substitute quarterback to play. On the other side, the wolves did the same, probably already sure of their defeat. This came to be a good move, as Damian Podczaski, who normally plays as the second quarterback, managed to run more than 60 yards in two attempts. This ended with Wolves’ first touchdown in 2019 season. The versatile player added a point for the hosts. The last words belonged to Jakub Mazan who caught the kick-off ball and presented 80-yard return finished with a touchdown. As a result, the game ended with 7:62 on the scoreboard.

As a result of the game, Seahawks Gdynia now the leaders of the Northern division of LFA1. In the second round of the season, they will face Tychy Falcons at home. Details about the game are in the link below. Come and support our partners – Seahawks Gdynia!

One commentOn A great opening of 2019 season for Seahawks Gdynia