﻿Funeral of the Mayor of Gdańsk Paweł Adamowicz 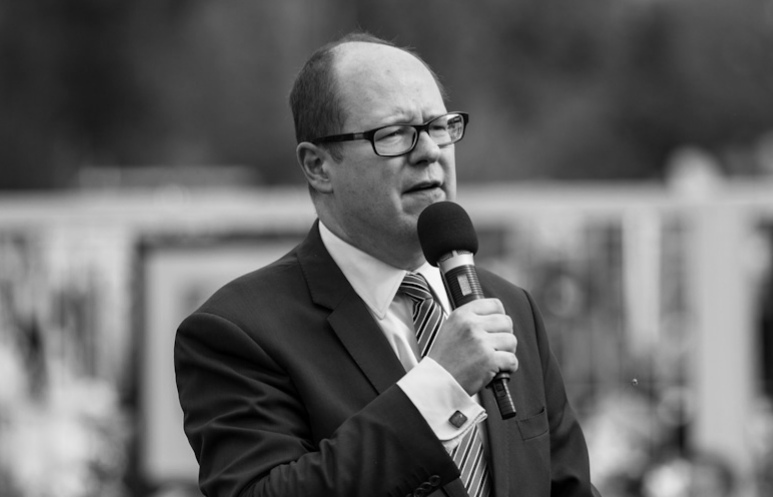 Thousands around Tricity feel the need to say goodbye to Pawel Adamowicz. The Mayor of Gdansk died on Monday due to the assassination which took place the evening before. The City of Gdansk together with the family of Adamowicz organize his funeral this Saturday.

Plan of the official commemoration

There will be three days of official commemoration of the death of Pawel Adamowicz in Gdansk. It will start on Thursday at 3 pm and finish with the official funeral on Saturday.

3 p.m. – City Council session for the commemoration of Mayor Adamowicz in the Artus Court.

5 p.m. – The Mayor’s coffin will be carried to the European Solidarity Center and will stay there until 5 p.m. Friday. A place will be available to pay tribute to the mayor. A book of condolence will also be available.

5 p.m. – The coffin will be transferred to the St. Mary’s Church, where it will remain until midnight. Details on the route of the transfer will be provided later.

The remains of the late Mayor will be cremated.

The funeral mass will start at 12 p.m. The mass will be transmitted to screens outside the church (more details soon).

We kindly ask you not to bring flowers and candles. There will be a possibility to donate for two charities beloved by the Mayor: Father E. Dutkiewicz SAC Hospice or the Great Orchestra of Christmas Charity.

Please refrain from giving condolences to the family.

To help the citizens of Tricity to reach the funeral, on Friday and Saturday public transport will be free in Gdansk. The city of Gdynia organizes a special bus line 101 which will help people to reach the center of Gdansk. Busses will leave every half an hour from the Main Train Station in Gdynia on Friday. On Saturday, the line will start from the same place, but the departures will take place every 10 minutes.